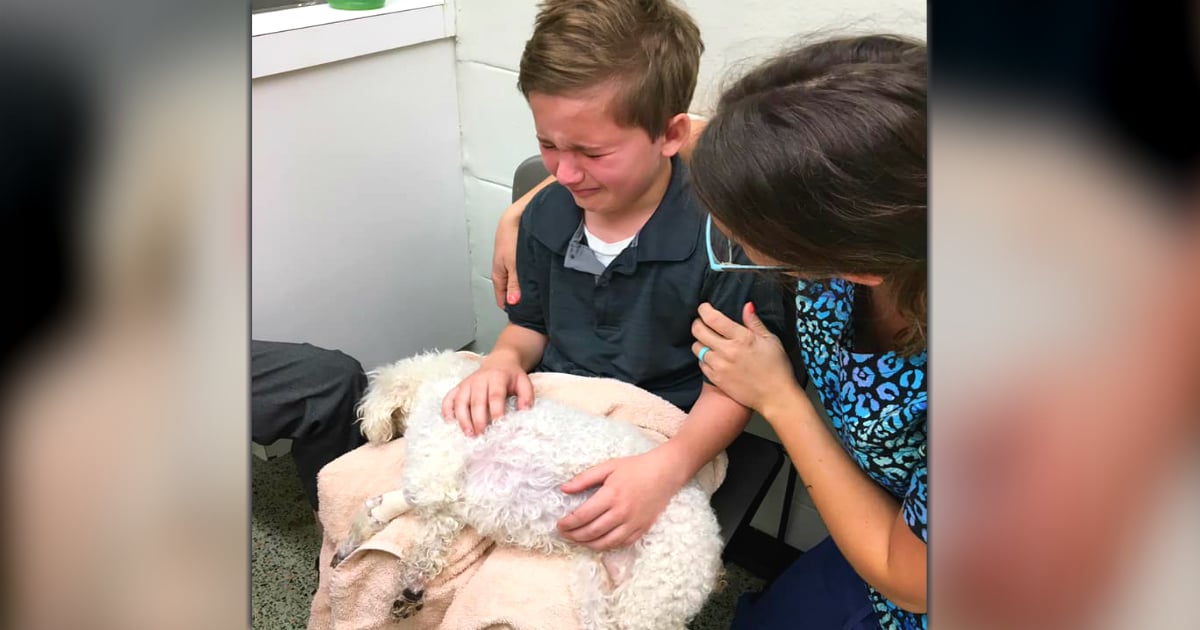 Gut-Wrenching Photo Of Adopted Son Caring For Dying Dog: ‘I Know How It Feels Not To Be Loved’
Read Article »

In this heartwarming story, a little girl with cancer has her dream come true when she is sworn in as an honorary police officer.

In Freeport, Texas, six-year-old Abigail Arias has been battling cancer for the last two years. It has been a tough road fighting for her life, but Abigail still dreams of becoming a police officer one day. After hearing this dream of hers, the compassionate officers at the Freeport Police Department made it happen. They had an official ceremony for her and everything!

Dressed up in a little police uniform that fit her perfectly, Abigail was sworn in and made an honorary officer with the Freeport Police Department. She had to raise her right hand and repeat the oath that the chief of police, Raymond Garivey, said to her.

"I promise to protect and serve," says Abigail in front of a room full of people during her swearing-in ceremony. After she finishes reciting the oath, she receives a great big hug from the chief of police.

"In my 27 years, this thing will be the best thing ever in my career," the chief says. "It's more than just putting bad guys in jail."

YOU MAY ALSO LIKE: Daughter Nearly Gave Up On Long-Lost Father After 38 Year Search Until She Spots Him Online

Tragically, Abigail Arias lost her battle with cancer and went to be with the Lord. But even during her short life, she left an impact on all those around her.

“Embody what Abigail taught us,” Police Chief Garivey wrote in a Facebook post. “To live life to the fullest, to never give up hope no matter the odds, to fight ‘the bad guys’ passionately, and most importantly, to love one another - and always stay relentless!”