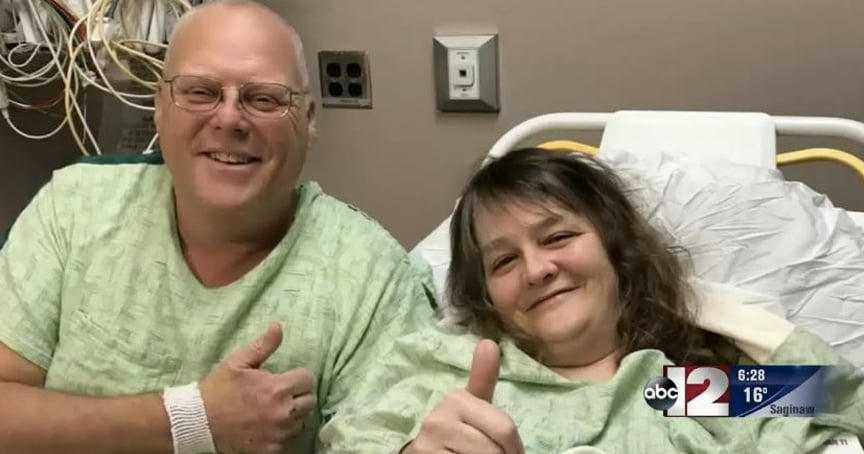 16 Yrs Ago Dispatcher Was Her Angel In Time Of Need, Now She’s His
Read Article »

If not for God’s perfect timing, a Chinese couple’s triplets would have been subject to a forced abortion. But God had a bigger plan for these little miracles!

Mensheng, and her husband, Zhang, had no idea they were expecting when they moved to Miami, Florida from China. And that was all a part of God’s perfect plan! Due to China’s restrictions on childbirth, even a slight delay in the couple’s relocation would have resulted in a forced abortion.

You see, in 1979, the Chinese Communist Party instituted a One-Child Policy. This allows the Chinese government to regulate who gets to have a baby and when. The law is responsible for the death of over 400 million unborn babies.

In 2015, many hoped for more freedom in childbirth when China announced a change to a “Two-Child Policy.” But some suggest forced abortions are just as rampant as before.

Can you imagine being forced to abort your child? Thankfully, the divine timing of Mensheng and Zhang’s pregnancy blessed them with the ability to welcome all three of their precious miracles!

Of course, raising multiples is no easy task. And such news must have been scary after arriving in a new country with no family to help out. But God had a plan for that as well!

Someone referred the couple to Heartbeat of Miami — a pro-life group of medical clinics offering support such as free ultrasounds, pregnancy tests, and peer counseling. The organization recognized God’s desire for these triplets. They showed the couple the love of Christ by offering free guidance and assistance for them and their babies.

"The Lord rescued these babies even though they were conceived in China," Martha Avila, president of Heartbeat of Miami, said. "God allowed them to come here in time so that these babies could live. They were fearful about being alone. They had no one at all in the States, but they found love and support at our clinic and they saw the love of Jesus in action."

Martha has seen the realities of China’s “Two-Child Policy” firsthand during a trip to the country in 2015.

"I was in awe to see how women were being forced to abort their second baby. Yet most, if not all, do not want to abort-they are forced to,” she said.

The eye-opening experience helps drive Martha’s commitment in providing families with pro-life support. And it gave her a special connection to Mensheng and Zhang.

“These triplets from this Chinese couple really hit my heart,” Martha said. “We are rejoicing in God's grace over these triplets.”

Thanks to the support they have received, Landon, Winston, and Auden joined this world on December 22. The Chinese couple’s triplets are recovering in a Miami neonatal intensive care unit, an opportunity they would never have received in China.

Praise God, whose ways are always greater than our own!

“For as the heavens are higher than the earth, so are my ways higher than your ways, and my thoughts than your thoughts.” Isaiah 55:9

YOU MAY ALSO LIKE: The ‘Choice' Of Abortion Is Explored In This Powerful Spoken Word Poem