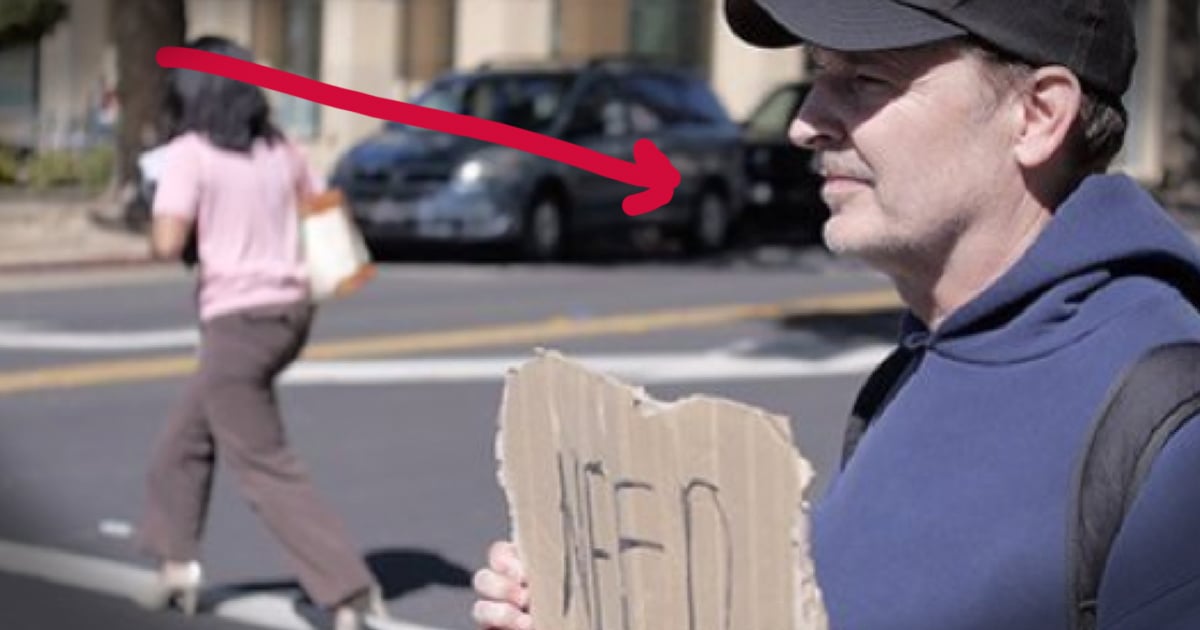 People Looked Away From This â€˜Homelessâ€™ Man On The Street. But His Secret Identity Will Stun You!
Read Article »

What would you do to keep Jesus in the school you grew up in? This couple didnâ€™t just donate money–they donated their front yard!

Nearly one year after a painting of Jesus was removed from an Ohio high school, a sign showing the same image is on private property by the entrance to the school.

The sign is lit so it can be seen at night, said Jeanette Moll, who helped organize the effort to get the sign. 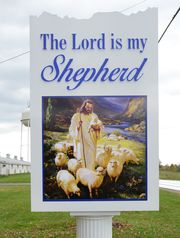 The painting depicting Jesus in a field of lambs hung at John Glenn High School until a senior student asked for it to be taken down.

“We’re excited to have this piece of our own history back up,” Moll said.

The painting, which had been hanging in the school office since 1971, was donated as a memorial to former English teacher Margaret Barnett. After the studentâ€™s complaint, the American Civil Liberties Union sent school officials a letter telling them they had to remove the painting by law.

But devout community members knew they must find a way to keep this cherished image prominent for this school! The original plan was to build a 6-foot-tall statue of Jesus near the school entrance. When they learned the statue would cost upwards of $30,000, the statue was switched out for the lit sign that costs about $6,000. It includes the beginning of the first verse of Psalm 23: “The Lord is my shepherd.”

More than two dozen donors, including many local churches, stepped up to support the project with contributions

“The picture had been a part of John Glenn schools,” she said. “It was just a very strong image.”

Then the question became where to put the sign. Thatâ€™s when Terry and Cathy Hodges entered the picture.

The Hodges home is on the corner right next to the school, and after attending several meetings about the sign; they knew what they had to do! They offered to have the sign installed right in their front yard. 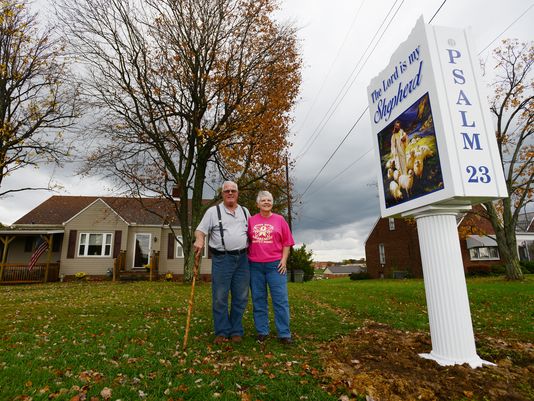 To Cathy, the painting gave her comfort, and she said it was as if Jesus “was there watching over the students.” And offering a corner of her and her husband’s property for the project was an easy decision.

Cathy adds that the sign is not meant to offend anyone, and that she hopes it will inspire students to ask questions and comfort those who see it.

God bless Cathy and Terry Hodges for their outward display of faith! May God use their lighted sign as a beacon of hope and love for their community!