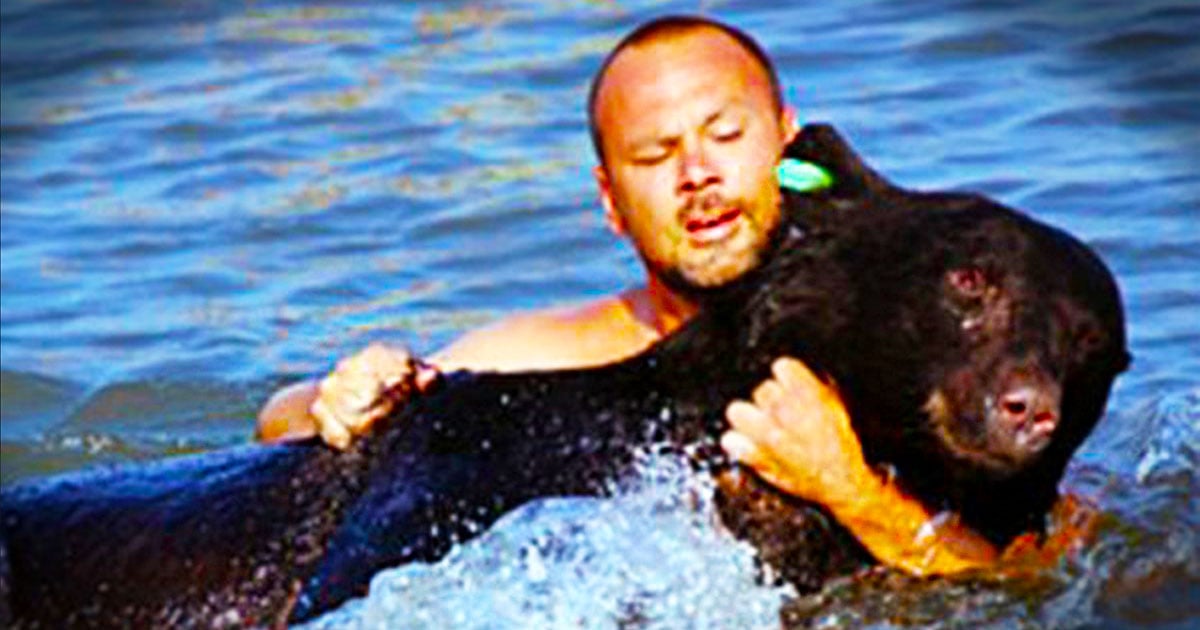 This Bear Was Tranquilized and Almost Drowned in The Ocean. But A Hero Risked it All to Save Him.
Read Article »

Sandy is a German Shepherd dog mix that was found abandoned in Greece. He was dumped because of his deformed legs, which seemed to be a birth defect or a result of a nutritional issue. A dog lover and head of a dog charity, Pat Clark, discovered him. He was moved by his desperate plight and had him flown back to the UK.

Once home, Pat was determined to find a way to get Sandy’s legs fixed. He located a veterinarian that was able to do it for free.

“So far it has gone really well. At the moment he is on cage rest because he needs to rest a lot but he is already trying to do much more than we allow him to,” the veterinarian said.

Soon, Sandy will be good as new. He will still only have partial vision, but getting around will be a lot easier for the dog. Hopefully, he will even find a forever home with a loving family that would never leave him to die in the wilderness.