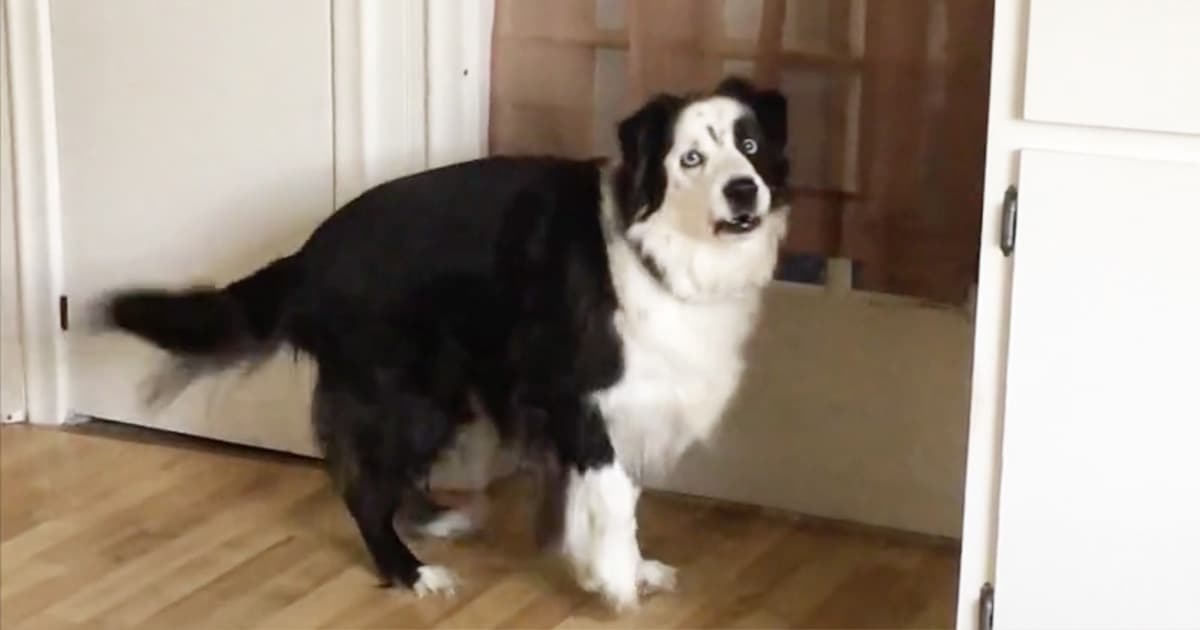 Dog Hilariously Stops Feet To Go Back Outside
Read Article »

A grandma got stuck trying to help her husband install their new dryer. Her job was to stand behind the dryer and plug it into the wall as her grandson and husband lifted it into its place. She was so giddy about helping and did not even think about how she would get out. 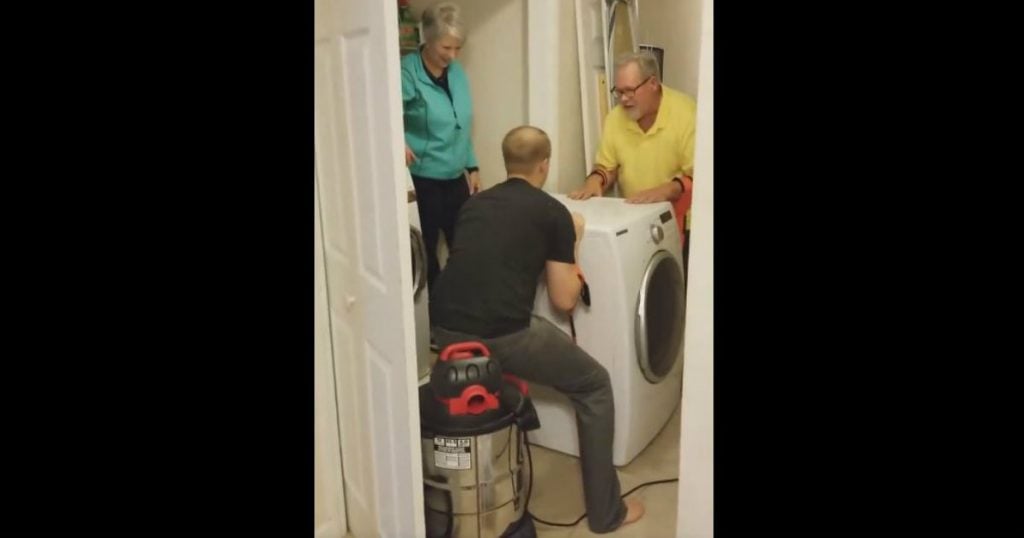 After plugging the dryer up, she exclaimed, "I GOT IT!”. Then suddenly it hit her. She was stuck and had to climb over the dryer. Through a burst of laughter, she said, "How am I going to get out!?".

She looks at her husband in disbelief as he jokes about how he is going to lift her up and carry her above his head as they do in crowds at baseball games. Her jaw dropped! Everyone was laughing at that point. It was already funny that she was trying to help the guys install the dyer, but watching her try to escape from behind the dryer was even more hilarious. 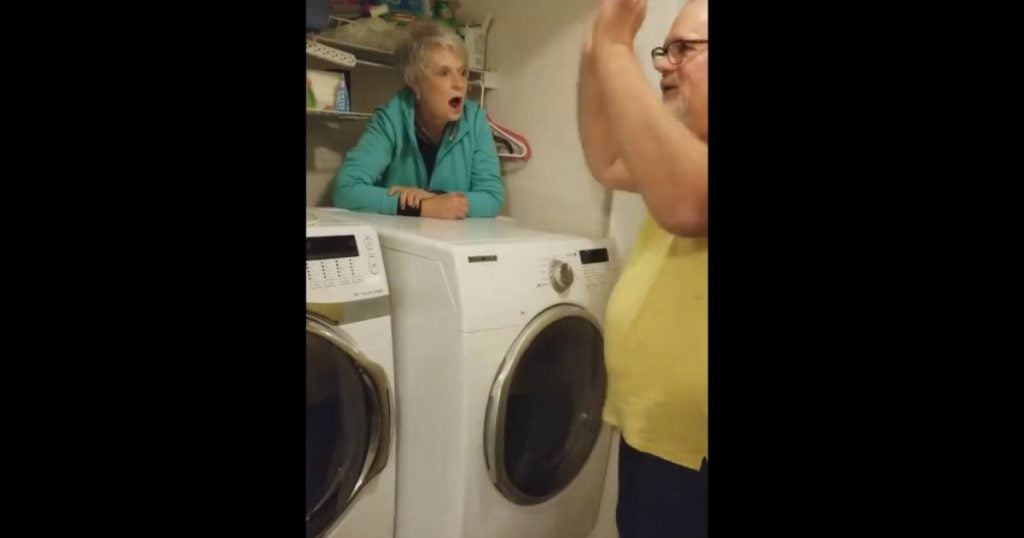 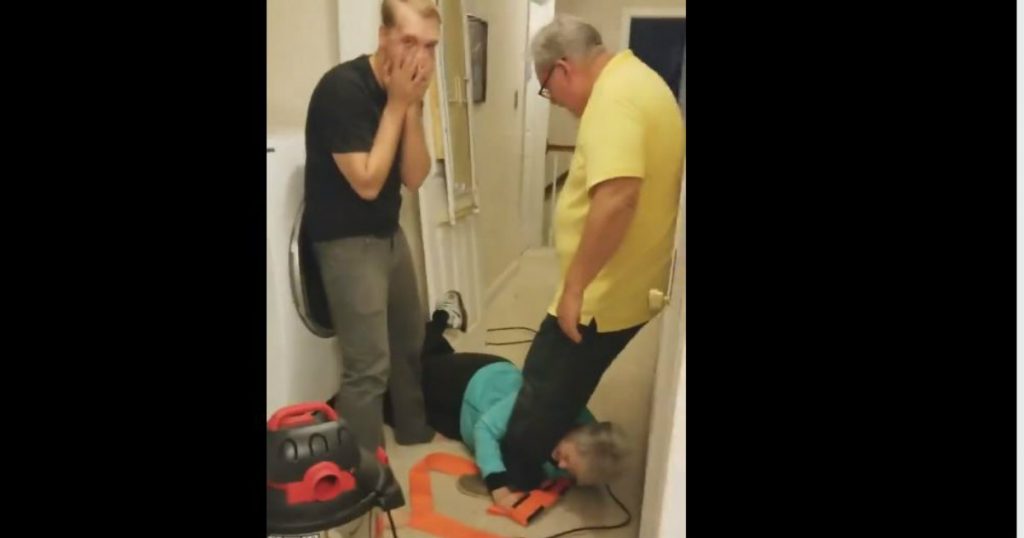 Eventually, they had to pull the dryer from its space so that she had enough room to wiggle from behind. The poor grandma ends up sliding over the dryer, head first and fell flat on the ground at her husband's legs. It was so hilarious! She and her family could not stop laughing!

WATCH: Grandma Escape From Behind the Dryer

YOU MAY ALSO LIKE: Elderly Lady Stuck At ER With No Way Home, Then Military Man Steps In 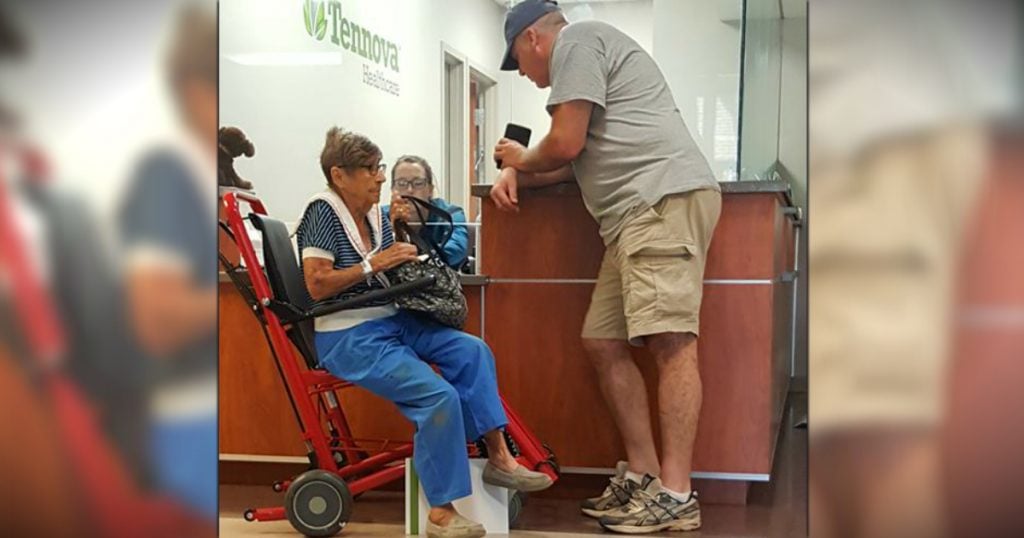