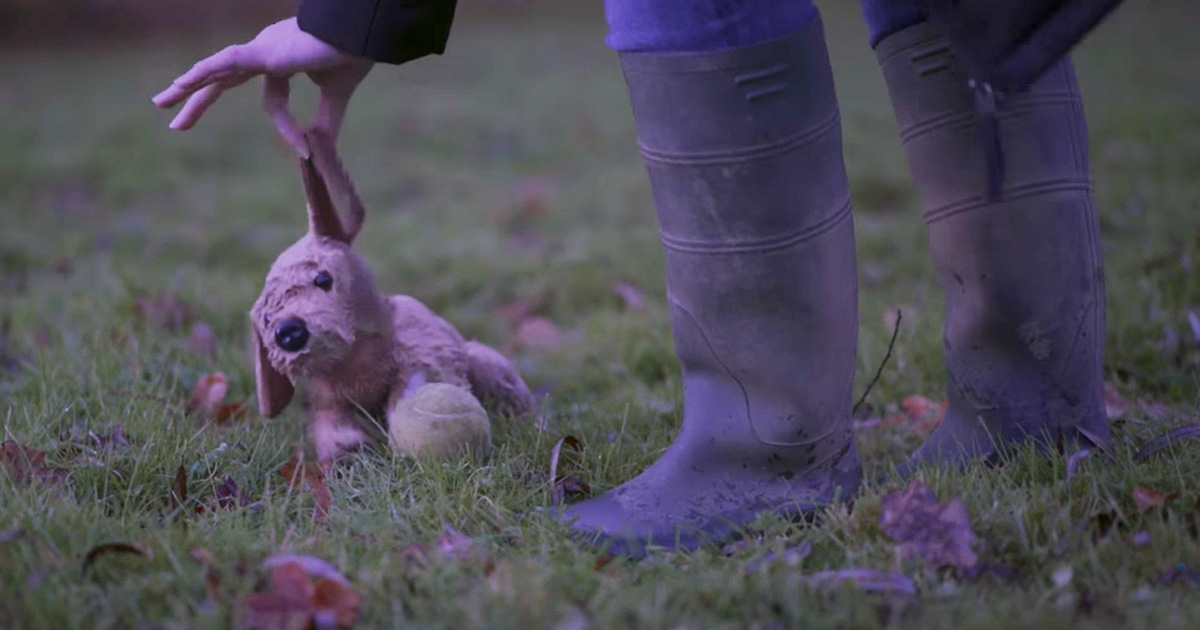 June was raised as an only-child by Billy and Sally in Liverpool. When she was 25, she accidentally learned she was adopted but kept the family secret for 35 more years.

In 1941, during WW2, Liverpool and London were attacked by the Germans. “Operation Pied Piper” sent children away from the city to protect them from the bombings. June was one of the children refugees. What June didn’t know is how her train trip to a small town in Wales disconnected her from a mother she never knew.

When June’s granddaughter, Sarah Whitehead was 11-years-old, she was shown three rings. Grandma June told her to choose one and she would be given that ring when she turned 21. Ten years later, June kept her promise and gave the ring to Sarah with a handwritten letter telling of a story she had never known.

It was 1959. Grandma June was just 25 and sitting in a doctor’s waiting room after a surgical follow-up. As the last patient of the day, the receptionist handed her the medical notes from the surgery. June began reading them, interested to see what her doctor’s notes were. There at the bottom of the notes, she read something unexpected.

"Of course she is adopted, which may account for her behaviour.”

Having no previous knowledge of an adoption or any reason to doubt her upbringing, June was understandably taken aback.

"I sat there in complete shock," Grandma wrote in the letter. "My first instinct was to go and buy my mother a big bunch of flowers, for looking after someone else's child and never once throwing it back at me when I had been the usual cheeky or disruptive teenager. However, after thinking it all out, I realised that I would have to tread very carefully not to damage the relationship between us.”

June began to think about why she wasn’t told. What could her parents’ reasonings be?

"As they had kept it a closely guarded secret, it was obvious I could not just barge in and ask for details. So, I did nothing – thinking they would tell me the whole story one day."

So she waited. 35 years. June never told anyone what she had read in the doctor’s waiting room. It stayed buried inside, always hoping that her parents would finally say something.

When June was 60, her mother’s memory was beginning to decline due to Alzheimer’s Disease. Her father, Billy, had already passed away. She realized it was time to ask the questions that had been building inside her. June went to visit her mother’s last remaining sister.

"You have no idea what courage it took for me to ask that first question," Grandma wrote in her letter. "When I went round and asked her [my aunt], she acted as if I had taken a revolver out of my handbag! She had been sworn to secrecy and I think felt a huge sense of guilt.”

June’s aunt was very nervous. She took time to make them lunch and process the request. Then she began sharing her part in the adoption. The papers from the adoption had been entrusted to her. It was an overwhelming responsibility. She first kept them hidden in the back of a dresser drawer. Over time, the weight of their information was too much to bear and she had thrown them all in a fire.

Putting The Puzzle Together

After several letters to various orphanages, June was contacted by the National Children's Home who shared that they had cared for her as a baby. Then she was able to send for her birth certificate and learn the names of her biological parents, Jack and Nora.

June later learned that Nora had worked in an insurance office. Her father, Jack, was listed in records as a "variety artist" from Ireland. Jack was a friend of Nora's mother. In what was written as an "unfortunate event", Jack and Nora had met at a family Christmas gathering. The two interacted little and Jack return to Ireland... and his wife and two children.

"So a ratbag in all senses of the word," June wrote.

The shame of the situation required Nora to place June up for adoption. The birth was kept quiet. Nora married a few years after June was born and went on to have two sons. June then learned that Jack had died years before but Nora was still alive and living in London.

At the request of June, a social worker contacted Nora and a meeting was arranged.

"It wasn't how you expect it to be," wrote Grandma. "I couldn't make the connection between us, I kept telling myself she was my mother, but I felt no different. Her husband rarely left her side – I think the situation made him quite uncomfortable. I had the impression she always wanted to talk longer, but we never did."

Nora shared with June that she used to receive photos of her as a child. That stopped when the Liverpool Blitz occurred. Nora assumed her daughter had been a casualty. (June was actually safe in Wales.)

The women were able to talk more freely in phone conversations. Nora shared about her home life and a controlling mother. It was her mother who was adamant that she put June up for adoption. Nora admitted that she always did what her mother asked.

They met in person one more time before Nora passed. It was in her retirement home. This was the meeting that she gave her engagement ring to June.

"Please know that I always thought about you. I had never forgotten you but my mum always told me what to do and I always listened to her."

Not long after their meeting, Nora passed away.

"She did not say sorry for what had happened or express any form of regret, but I think the ring was her way of showing me she still regarded me as her child – in a way," June shared.

One day, June encouraged her granddaughter, Sarah to pawn the ring and take a nice vacation with the money. After a conversation with one of her half-brothers, Nora's son, she learned that their father was abusive to Nora. June didn't want to keep the ring. She worried that it was an attachment to a life they should let go. But Sarah couldn't part with it and kept it in a box on her dresser instead of wearing it.

June concluded her letter with a sweet thought about her adoptive parents, Billy and Sally.

"I will always think of them as my parents," she said. "They brought me up and I will always feel like I belonged to them.”

The trust June displayed in the last sentence of the letter is so touching.

"Now it's your story to tell," June told Sarah.”

YOU MAY ALSO LIKE: After Decades Thinking Sister Was Dead, 60 Yrs Later, Family Reunites