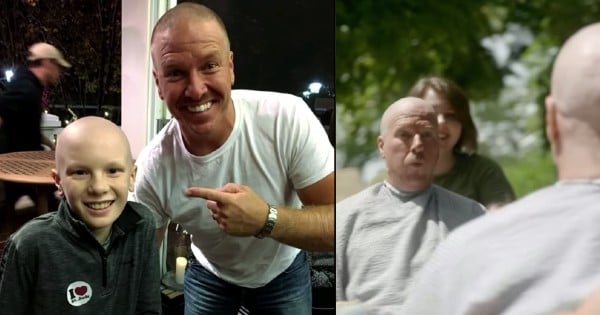 In a video from I Am Second, Granger Smith and wife, Amber, open up about losing their 3-year-old son, River. And their words are powerful.

Granger Smith, also known as Earl Dibbles, Jr., is a country music singer and songwriter. But in this video, it's not about the music. In it, Granger Smith and his wife, Amber, share their testimony after losing their son River.

RELATED: How Country Star Granger Smith Grieves His 3-Year-Old Son's Death Is A Lesson For Us All

Granger and Amber sit in snowy-white chairs as they give their testimony in this film entitled "Honesty in Suffering." Their story is emotional and real and impactful!

The testimony begins with Granger describing the first great loss he experienced. That was the passing of his father back in 2014.

He goes on to say that while that was painful, he never anticipated burying a child. But, he did. Granger and Amber's 3-year-old son died five years later in 2019 after a drowning accident at their Texas home.

Granger Smith and his wife describe the terrifying moments and heartbreaking days after the accident-administering CPR, feeling like River might come back, learning that their boy was without any type of brain activity, and saying goodbye forever. They were completely devastated.

Granger recalls his attempts to deal with the intense pain he was feeling. He began reading devotions. And, though they were good, they fell short of what he needed to combat the sorrow that surrounded them. The couple went to counseling and retreats, studied trauma and grief. Then, Granger began to go directly to the source. He read from God's Word, and that's when he heard God's voice.

At the same time, Amber explained, Granger had approached her about having another child. Broken over their loss, she just didn't think that was something she could consider. Furthermore, she wasn't sure she'd even be able to get pregnant.

The Moment That Change Things

Something changed, though, when their son Lincoln asked his dad a question. Granger reveals how his answer to that simple question came most certainly from the voice of God. And, God's voice provided in that moment not only a response for their child, but a divine signal for Granger and Amber as well. It was truly a wink from God!

Granger Smith and wife Amber share how the next 18 months progressed as they attempted to have another child, faced more loss and learned to surrender fully to God. Granger realized that God would not eliminate the pain, but He would surely help their family through it! They now find peace in knowing that their story has helped bring others to Christ.

Granger Smith and his wife welcomed Maverick Beckham Smith to their family in August 2021. The couple smiles separately into the camera at the conclusion of the video proclaiming, "I am second." Their statement reflects their commitment to put God first in all that they do, and this video is included at a website by the same name.

Granger and Amber are obviously joyful about the addition to their family, but they find joy in Jesus first and foremost.

YOU MAY ALSO LIKE: 3-Year-Old Daughter Dies In Arms Of Actor Miguel Cervantes And Wife

“He will wipe every tear from their eyes. There will be no more death or mourning or crying or pain, for the old order of things has passed away." Revelation 21:4

WATCH: Granger Smith And Wife Open Up About Their Loss