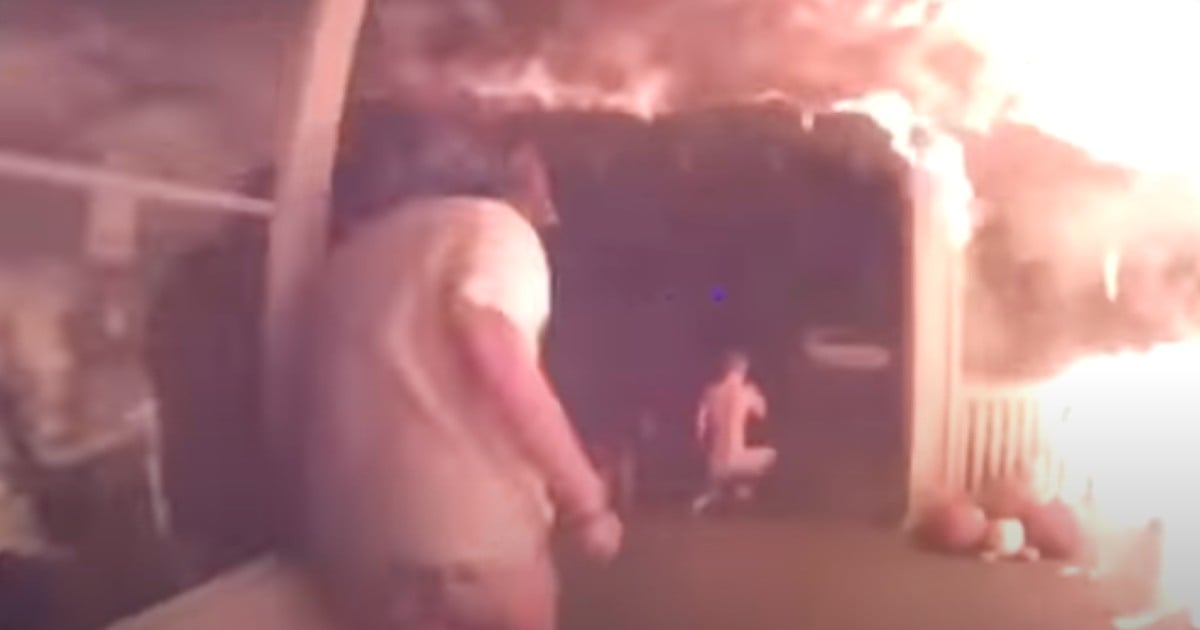 84-year-old Betty Walsh, a great-great-grandmother, is still alive. And it’s all because of 20-year-old Ali Abucar Ali’s sacrifice.

Betty Walsh has lived in Brentford of West London for most of her life. Her daughter, Bridget, says she’s been “the rock” of the family after raising 3 sons and 3 daughters all on her own following the death of her husband.

RELATED: Mom Cradles 18-Year-Old Son As He Takes His Last Breath After He Stepped In To Protect Family

Betty Walsh was well-known in her neighborhood. And at 84 years old, she still regularly popped about town.

“Everyone knew mum,” Bridget explained. “She was lively and fit, she walked every day and was a strong woman and went out shopping a lot – she wasn’t frail at all.”

One evening, Betty stopped in at a local restaurant to pick up her dinner. And while there, for reasons unknown, a man with a knife attacked her.

Before Betty Walsh even knew what was happening, the assailant punched her. The 84-year-old fell to the ground and the attacker stabbed her. Things would have probably gotten even worse and this great-great-grandmother likely wouldn’t still be alive if not for the intervention of Ali Abucar Ali.

20-year-old Ali stepped in when he saw Betty in danger.

“Ali went up and asked what all the commotion was about, challenged her attacker, and tried to help her,” Bridget said. “What happened to him next was a tragedy.”

The knifeman left Betty alone and turned on Ali instead. And sadly, he didn’t survive.

Because of Ali’s sacrifice, Betty Walsh made it through the attack. After doctors performed a kidney operation, she moved out of “critical” condition and is fully expected to recover. And while Betty’s family is so grateful the great-great-grandmother is still alive, their hearts ache to know Ali didn’t share the same outcome.

“I knew him and his mother. They are a very good family,” Bridget said. “His mother had rushed to comfort me as soon as she heard about what happened to mum, before the police phoned her and told her the devastating news that her son had so sadly been stabbed. Ali was a really hardworking, good lad who had recently won a scholarship.”

Indeed, many from the community stepped up to hail Ali Abucar Ali as a hero for keeping this great-great-grandmother alive. Many gathered to hold a vigil in his honor.

“I never knew Ali, but from what I understand if he had not rushed to help poor Betty she probably would have lost her life with immediate effect,” commented local resident Laura Williams. “He stopped in a difficult situation and performed a selfless act for which he paid the ultimate price.”

RELATED: Dad Uses His Final Moments To Cradle His Daughter And It Saved Her Life

“Ali was the humblest guy, he always had a smile on his face,” one of the 20-year-old’s friends said. “I'm not surprised he tried to help, he is a very kind-hearted man.”

A close friend of Ali’s mother advised mourners, “The best way to honour Ali is act like him, be selfless and kind."

Our hearts and prayers go out to the grieving family of Ali Abucar Ali. What a brave young man and an incredible example of self-sacrifice!

YOU MAY ALSO LIKE: 6-Year-Old Injured While Shielding His 4-Year-Old Sister So Captain America Sent Heartfelt Message