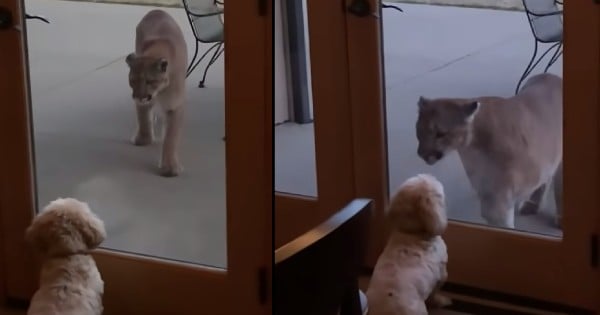 One Greensboro man would do anything for his dog, and the two of them share an inseparable bond. There's a reason they say that a dog is man's best friend!

Donald Dikerson has a dog named Duude, and the love that he has for him is like no other. “Every day he looks at me - I know I am loved," Donald shared. "I named him Duude because that's my dude. We have a close, close connection,”

Recently, the pair have become homeless, and they spend their time at a campsite in Greensboro, North Carolina. "He's been hanging in there with me," said Donald.

What is surprising is that Donald had the option of having a place to live but passed up the opportunity. Because it meant that he would have to say goodbye to Duude. "I could have already had a place to live, but they wanted me to foster my dog. I'm not doing that,” he said.

Donald also needs partial knee replacement surgery but is unable to get it done while he is homeless. "When the doctors found out I was homeless, they said we have to postpone it until you find a place to live because someone has to come out and take care of you,” he shared.

He has tried hard to find a place that will take in both him and Duude, but he hasn't had any luck. But there is no way that Donald will leave his best buddy behind.

"I cannot give him up,” Donald said. "If I have to be homeless and go without my surgery and continue to go through the pain, I will, cause I will not leave him."

Lane Miller had seen Donald and Duude multiple times on her way to work, and she soon developed a friendship with Donald. She wanted to help him out and started to reach out to organizations in hopes of finding something that would work for the two of them.

“I was upset to know he didn't have a place to go but he was approved for surgery, so I started reaching out and I hit a lot of brick walls,” Lane said.

Lane also shared about how taken she was by Donald's sacrifice for his dog. “It takes that special individual because they care more about anyone else than themselves,” she said.

Donald knows that Duude is the reason for his perseverance during this difficult time. “If it wasn't for [Duude], I would have given up," he shared. "If I have to continue to be homeless, and not get my surgery, I will do that because I'm not giving him up.”

YOU MAY ALSO LIKE: Mom Films Son's Reaction To Being Picked Up From Daycare For 5 Years And It Goes Viral

One organization is working hard with some agencies to help Donald and Duude find a home, and a GoFundMe account has been set up for the pair. May God bless these two, keep them safe, and lead them to a new home for them to live soon!