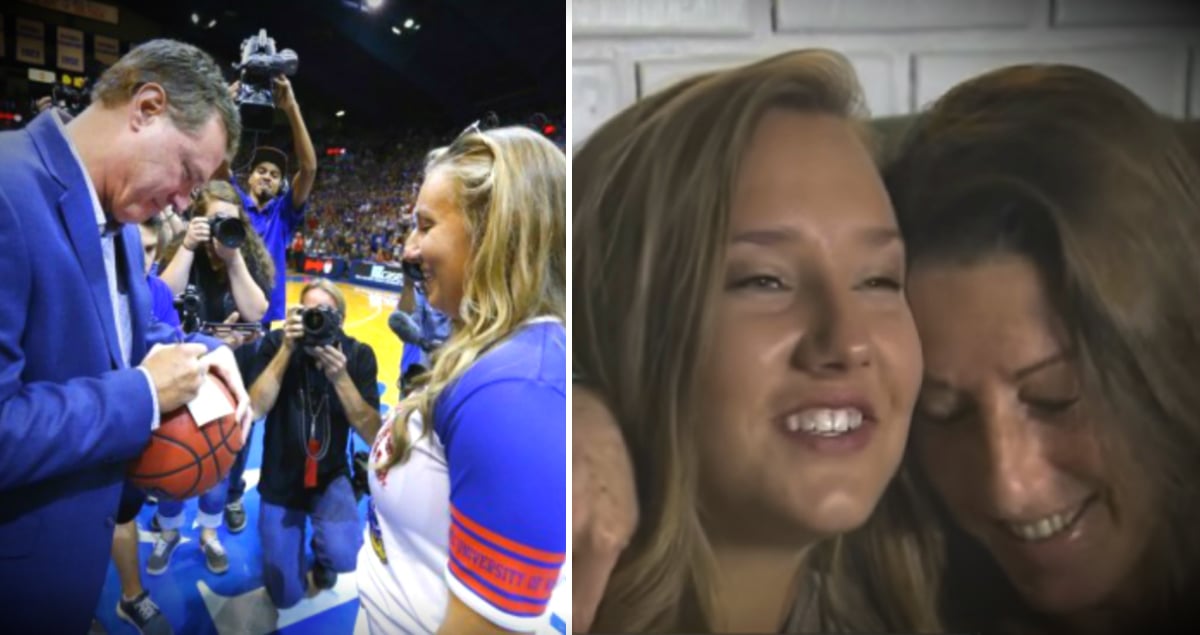 Peter DeMarco probably never expected to be a widow so soon. Especially considering his wife, Laura, was only 34 years old at the time of her death. The loss was a shock and completely devastating. Which only adds to the power of Peter’s words to the hospital staff following Laura’s death. And this grieving husband’s letter is so beautiful, you’ll want to make sure to have plenty of tissues on hand.

A massive asthma attack is to blame for Laura’s unexpected passing. You’d expect her husband, Peter, to go home and grieve. What you wouldn’t immediately expect is a sincere letter of gratitude sent to the hospital after her death. But that’s just what the CHA Cambridge Hospital received from Peter. He sent a letter thanking every staff member who helped care for Laura — right down to the cleaning crew.

The grieving husband’s letter is profoundly beautiful. It was posted by The New York Times, and has gone on to inspire so many.

The letter starts with Peter explaining how he’s surprised friends and family by remembering the name of every single person at the hospital who helped care for Laura. He hails them for the quality of care they gave to his wife. But also for the incredible compassion they showed him and the rest of Laura’s family.

“How many times did you help me set up the recliner as close as possible to her bedside, crawling into the mess of wires and tubes around her bed in order to swing her forward just a few feet?” Peter writes. He continues later, saying, “How many times did you hug me and console me when I fell to pieces, or ask about Laura's life and the person she was, taking the time to look at her photos or read the things I'd written about her? How many times did you deliver bad news with compassionate words, and sadness in your eyes?”

These are only a few examples of how the hospital’s care went far beyond tending to Laura’s medical needs. From allowing Peter to usher in more than 50 visitors for a final goodbye to Laura, to turning a blind eye when Peter brought in Cola, the couple’s beloved cat. The doctors, nurses and everyone involved regularly went above and beyond for this family during such a difficult time.

RELATED: Husband posts a photo of his wife napping as a tribute to nurses

Their Last Hour Together

But it was one of the last acts of kindness, what Peter calls a “gift beyond gifts,” that stands out the most.

Two of the nurses, Donna and Jen, moved Laura over to leave enough room for Peter to crawl into the hospital bed beside her. They closed the curtains and door, turned off the lights, and gave him an hour alone with his wife, without any interruptions.

“I nestled my body against hers. She looked so beautiful, and I told her so, stroking her hair and face. Pulling her gown down slightly, I kissed her breasts, and laid my head on her chest, feeling it rise and fall with each breath, her heartbeat in my ear. It was our last tender moment as a husband and a wife, and it was more natural and pure and comforting than anything I've ever felt. And then I fell asleep.”

It’s a moment Peter says he will cherish for the rest of his life.

RELATED: Husband takes a photo of his tired wife eating alone as a tribute to nurses

The extra care each staff member gave Peter and his family isn’t something you’ll find in any medical book or hospital manual. It comes from the heart. It’s a true desire to serve and help others. And that’s exactly what makes nurses, doctors and all of those in the medical field so special.

“Each of you has received a gift to use to serve others. Be good servants of God's various gifts of grace.” 1 Peter 4:10

YOU MAY ALSO LIKE: Husband’s Emotional Letter After His Wife Nearly Dies During Childbirth