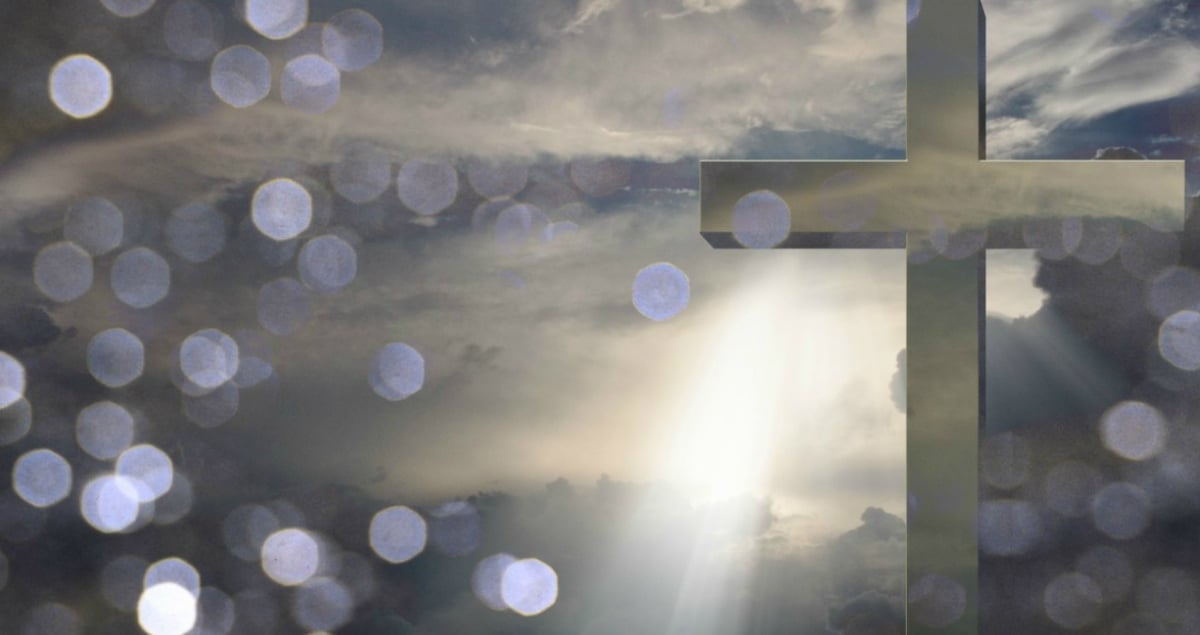 10 Quotes About Christ For Christmas: Ready Your Heart For The Season
Read Article »

Krista had only a few Christmas’ to enjoy with her sweet boy, Colten, before he was called home to Heaven. Krista could have easily spent this Christmas grieving the little boy she lost just 10 months ago. But instead, she decided to do something wonderful in his honor.

Her decision opened the door for a Heavenly message from above. The grieving mom received a special gift from Santa, which serves as a reminder to always “believe with all of your heart.”

Krista’s son, Colten, was born with a congenital heart disease. He passed away while waiting on a heart transplant which, sadly, would never come.

Krista and her family have relied on God to get them through the overwhelming grief.

“I still don’t know how we will survive this, and I won’t ever know…somehow, I just will…we just will…

And knowing that God will continue to carry us through this, just like He has carried us through the last 10 months.”

As the first Christmas without Colten approached, Krista decided to get out and do something wonderful to honor her little boy, who loved Mickie Mouse. Krista and her supporters became “Colten’s Elves.”

The group set out to deliver 300 Mickey and Minnie stuffed animals to children's hospitals in the area. This led Krista to a toy store — the same toy store Krista had intended to bring Colten to see Santa. Due to Colten’s illness, they’d never gotten the chance.

But God had a special message for Krista, and He used Santa to deliver it!

Krista shared the incredible experience on Facebook. She wrote:

“Yesterday in between our Mickey deliveries, we somehow randomly ended up by a toy store in Rochester, Minnesota. I told my elf buddies that I remember Colten’s Nurses at Mayo telling us last year that we needed to take Colten to Santa at ABC Toy Zone… something we never ended up doing.

RELATED: Man Hands Santa A Framed Picture Of The Son He Lost

We decided to go see if Santa was there. We walked into the Toy Store, slowly heading toward the back of the store where Santa would be. As we got closer, we saw him and all looked at each other and smiled.

We got even closer to Santa and my eyes shifted to the left of Santa’s chair and I noticed the Christmas tree next to his chair had a Mickey and a Minnie on it. “No way” we all thought.”

“Getting even closer we noticed the trees in the back had Kaylee’s son Easton’s favorite, a ninja turtle, and by that was Olaf from Frozen…Jade’s daughter Ailee loves Frozen.

We knew at that moment that the 3 of us were meant to be there seeing Santa.

We all got in line and giggled as we told Santa’s Helper that she wouldn’t need to try too hard to get us to smile for a picture.”

RELATED: Family Prays Before Little Girl With Back Brack Gets A Miraculous Visit With Santa

“While waiting patiently for our turn to see Santa I noticed Santa’s shirt. The fabric on his shirt was the same exact fabric of a hospital gown I had ordered off of Etsy while Colten was admitted in the hospital last Christmas. The same cars themed fabric.

Colten never ended up getting to wear that hospital gown because he got too sick before it came. I couldn’t believe it was the same fabric.

As tears filled my eyes, I slowly walked up to Santa, holding the picture of my beautiful Colten. I held out the picture so Santa could see his sweet face and with tears streaming down my face I said to him,

‘This is my son Colten, he died in February while waiting for a heart transplant. This is his first Christmas in heaven.’

Santa looked down to the floor with tears filling his eyes. I have never seen somebody look like they felt so helpless.”

“I told Santa that we had came from Duluth and were making Christmas deliveries for sick kids in the hospital, and you could tell he was so proud of us. We all gathered together for many pictures and had a very special little mini photo session.

Right when we were gathering our bags and thanking Santa for such a special visit, he said ‘Wait a minute, I’m not done.’

I suddenly felt like a kid again, like my Christmas wish was going to come true. I went over and sat with Santa as he dug in his bag searching for something. Santa then pulled out a little blue glass angel and said to me:

‘Whenever you are worried you hold this angel and you squeeze it tight…and all of your worries will go away.’ “ 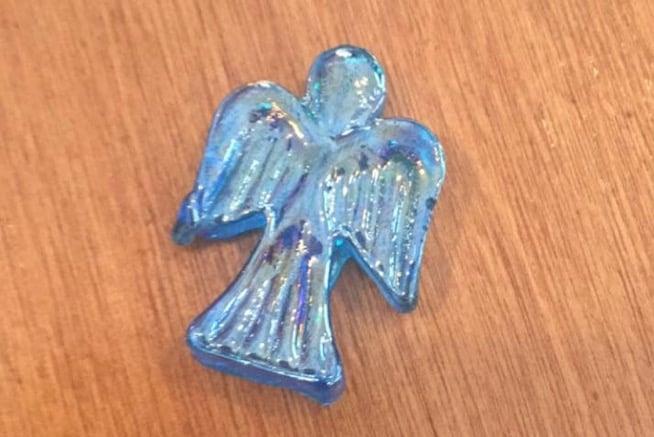 “We left with tears streaming down our faces and smiles from ear to ear. We were lead there on purpose yesterday…what a gift.”

“Believe with all of your heart.”

YOU MAY ALSO LIKE: Santa Has A Powerful Message For A Boy With Autism

Since then, Krista has started a TEAM COLTEN Facebook page in honor of the boy who changed her life. She and friends of Team Colten are working to share his story and help those organizations that work so hard in situations like Colten’s.