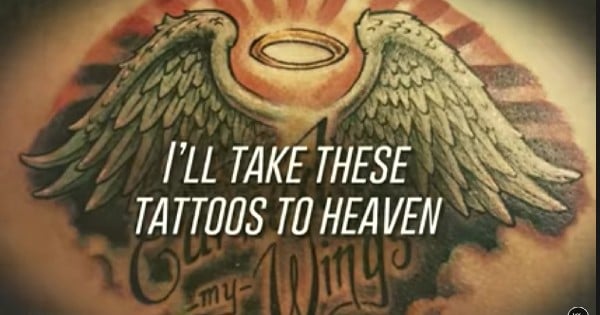 How Jay Allen, Country Singer, Met An ‘Actual Angel’ Thanks To His ‘Tattoos In Heaven’ Song
Read Article »

Helene Fischer, a talented German singer, stuns as she sings a ‘Hallelujah’ duet with Rea Garvey.

The powerful song was originally released in 1984, but it wasn't until Jeff Buckley released the song on his 1994 album, ‘Grace' that the song really started to gain momentum.

RELATED: Dad And Daughter Sing A Beautiful ‘Hallelujah' Duet That Breaks Out The Goosebumps

Helene Fischer is a multi-platinum recording artist who hails from Germany. For nearly two decades, she's released hit after hit earning her the title of the current most successful non-English singer.

Today, the pop singer is joined on stage by Rea Garvey, an Irish singer and songwriter. Together, they are belting out the words to ‘Hallelujah' and it's one duet that you don't want to miss.

As the song starts, Rea begins to sing. Then, as the chorus kicks in, we start to hear the angelic voice of Helene Fischer.

That's when the song truly starts to take shape and we hear the pitch-perfect harmonies from both talented singers.

One viewer said, "My GOSH!!! That lady can SING!!!" Another commented, "What a German treasure she is. Thank you God for giving us Helene."

YOU MAY ALSO LIKE: Mother And Son Sing ‘Hallelujah' In A Breathtaking Duet Too Good To Miss

There's no doubt that it takes a skilled performer to pull of this song and this duet is one of the best I've ever heard.