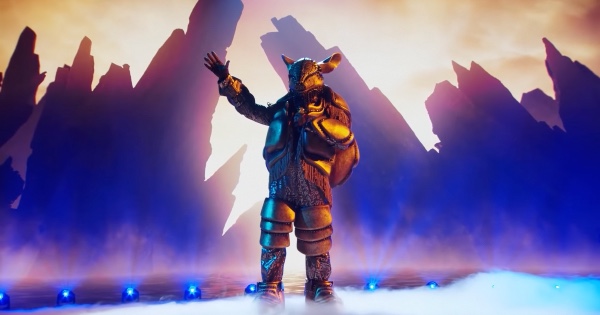 Disguised As The Armadillo On The Masked Singer, Dog The Bounty Hunter Sings A Hymn
Read Article »

Henry Winkler and his family do things differently when it comes to raising kids. Though his childhood was filled with emotional abuse, he doesn't fault his parents. Instead, he looks back with grace and allows grace to overflow onto his children. Henry Winkler recalls a troubled childhood and won't make his parents' mistakes with his family.

We know him on the big screen as Arthur "Fonzie" Fonzarelli in "Happy Days." But he didn't have the same cool, calm confidence as his on-screen character.

In reality, he had extremely low self-esteem because his parents constantly berated him for his poor grades. His parents nicknamed him "Dumm Hund" (dumb dog) and even grounded him in his room for six weeks. They figured if he were in his room studying, his grades would come up. He recalled, "They believed in education. They thought I was lazy. I was called lazy, I was called stupid. I was told I was not living up to my potential."

Despite such a rough childhood and barely graduating high school and college, he went on to have a very successful acting career. It wasn't until he married and became a stepdad to his children that Henry learned why he struggled so much in school.

RELATED: Kirk Cameron Sits Down With His Siblings To Talk About Raising Kids With Christ-Like Values

At 31, one of his children completed tests for a learning disability called dyslexia. Henry then realized he also had the same disability. It was a moment of clarity for him because he realized he was very smart, but his parents didn't understand there were such things as learning differences when he was growing up.

Henry took his role as a parent very seriously. He wanted to ensure love and protection for his children, as well as provide them with every tool possible for success. To Henry, that meant doing the exact opposite of what his parents did for him.

The famed actor still respects his parents. But he won't raise his children the same way. He said, "I think one of the most important things in being a parent is seeing your child in front of you as who they are - not who you want them to be. If you do that, it solves about two million problems right off the bat."

Henry Winkler and his wife are now grandparents. And the star adores building up their self-esteem and confidence just as he did for his children. He enjoys being a doting grandparent even though his grandkids don't quite understand he's a well-known actor.

YOU MAY ALSO LIKE: Dean Martin's Family Shares The Truth Of Who The Famous Singer Really Was

“My wife and I babysat our four-year-old grandson, who is allowed to watch one show before he goes to bed,” Henry said. “He has Happy Days on his DVR. He turned to me, he said, ‘That's you. Your hair was different. You were skinnier then.'"

Henry's story is full of wisdom, forgiveness, and resilience. We can thank God for giving us the ability to take our pain and turn it into something profoundly beautiful that has a ripple effect on the next generation. Henry's approach to navigating life is absolutely inspiring and we are so grateful he shared his story with the world.

"You make known to me the path of life; in your presence there is fullness of joy; at your right hand are pleasures forevermore," Psalm 16:11

WATCH: Henry Winkler And Family Trauma He Refuses To Repeat