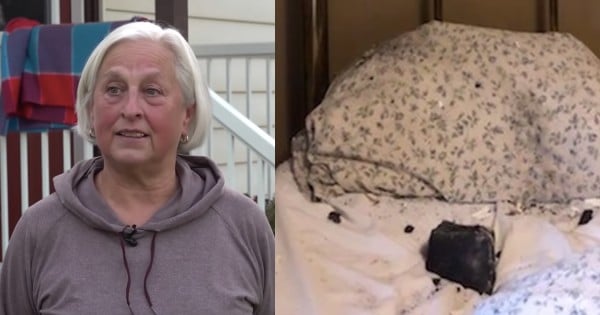 One man gives a hidden passage tour of his 500-year-old home in England, and what he finds is fascinating!

Freddy Goodall lives in Sussex, England, and his family has owned a 500-year-old home there for the past 30 years. With it being centuries old, the home has a lot of history within its walls. And it wasn't until recently that Freddy discovered hidden passageways around the home

One passageway was hidden behind a bookshelf in the library. Freddy filmed his discovery and shared that he first noticed that something might be behind the shelf when he realized the wall was hollow.

The video shows Freddy taking books off the shelves and removing screws in the wall. Then he pulls the wall open to reveal a room full of cobwebs that leads to other rooms, passageways, and staircases.

"The passageways run all the way from one end of the house to the other," Freddy said. “When the passageways were in use, I believe there were some running miles underground to nearby buildings and a church."

"I found a safe containing old historical documentation relating to the house," he shared. “I have found other artifacts including old books from when the house was a school. I will look for new things in the future.”

YOU MAY ALSO LIKE: Both Mother and Daughter Get the Same Scary Diagnosis but Find Strength in Each Other

What an incredible thing it must be to live in a house with so much history! And it seems like Freddy will continue to explore all the hidden nooks and crannies of his house to find out more about its past.