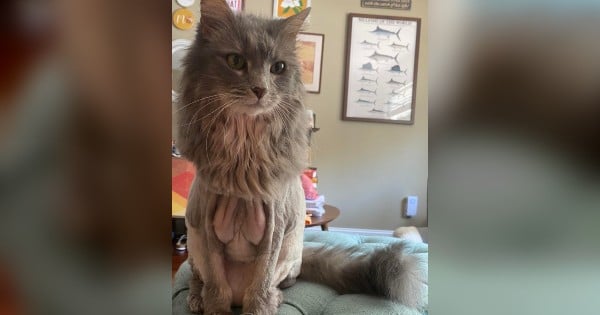 One woman, Shirley Serban, sings a hilarious parody of Bohemian Rhapsody in which she laments the reality of getting older and hitting menopause.

Just when you thought this classic, crazy song couldn't get any more fun, this talented woman transformed the lyrics into something a little more relatable.

Shirley Șerban from New Zealand shared her version of Queen's hit song on her Youtube channel. The parody of Bohemian Rhapsody now has over 5 million views!

With a little extra time and sadness on her hands during the COVID-19 pandemic, Shirley found a fun activity - parody songs. She wrote, "Creating songs to make myself and others smile has been one of my favourite pastimes since I was a child."

Thankfully, Shirley decided to share her wacky lyrics with the internet. We probably all could've used more smiling and laughing during the pandemic and really any time.

Even though the video isn't anything special, Shirley took the time to record herself as each member of Queen performing the song. The wigs definitely made a huge difference!

Now, what about getting old could be THAT bad? The answer for women - menopause. Shirley brings all of the horrible symptoms to light in her incredible parody of Bohemian Rhapsody.

No more children can be bred, now my ovaries are dead.

Mama, no it's not much fun.

I once was hot in quite a different way.”

If you're familiar with how the song goes, we know you just sang those words in your head. And that's just the introduction. Huge thanks to Shirley for bringing the world some joy! We will definitely be checking out her other parodies!

YOU MAY ALSO LIKE: Children's A Cappella Group Performs ‘Bohemian Rhapsody' Mashup

“I keep my eyes always on the LORD. With him at my right hand, I will not be shaken. Therefore my heart is glad and my tongue rejoices; my body also will rest secure.” Psalm 16:8-9

LISTEN: Doctor's Hilarious Prescription For Man In Need Of Marriage Advice | Father Hugs Son As Cable Car Plummets Toward Ground And It's Why The 5-Year-Old Is Still Alive