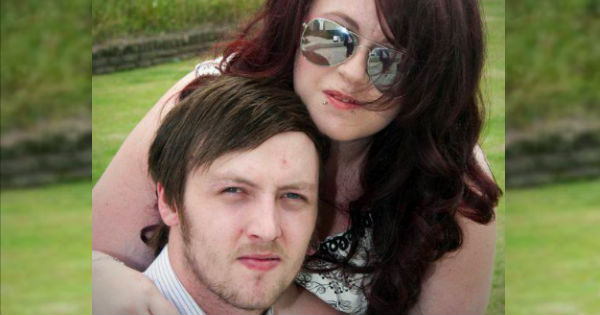 She Was Supposed to Marry Him But Bride-to-Be Is Burying Fiance on Her Wedding Day, Instead
Read Article »

The roadside robbery of Wilma and Jonathan Hochstetler tragically turned into a double shooting, all right in front of a couple’s 6-year-old son. But the way this faithful family responded makes this such an inspiring story of forgiveness!

We live in a world where both good and evil exist. And sadly, that means terrible things will sometimes happen to good people, just like with this double shooting.

Jonathan Hochstetler, who owns his own roofing company, was on his way home when one of his tires blew out. It caused some damage to the lighting on his trailer, so he called his wife Wilma to bring him a spare tire. Wilma Hochstetler and 6-year-old son Bradon hopped into the vehicle and headed out to help.

As Jonathan worked on the trailer, Wilma noticed two men approaching. She alerted her husband, but the men pulled out guns and robbed the couple. All the while, 6-year-old Bradon Hochstetler watched from inside the vehicle.

That should have been the end of it. There was no need for a double shooting. But for some reason, the robbers turned an already terrible situation tragic.

“They turned around and started walking away," Bradon’s grandfather, Samuel Hochstetler recalled based on his grandson’s account. “All of a sudden, they just turned and shot. His wife just crumbled immediately. He knew right away she was dead.”

Thankfully, the attackers either didn’t notice Bradon, who was in the truck while all this went down, or decided to spare the 6-year-old. Sadly, though, the little boy witnessed the entire robbery and double shooting.

"He's telling us more and more of the story,” Samuel explained.

It was too late for Wilma, who died at the scene. But the bullet hit Jonathan Hochstetler in the neck. And while it left him in critical condition, he was able to instruct his son to bring his phone to him so he could call 911.

This horrible tragedy has left the Hochstetler children — Melissa (16), Abigail (14), Kendra (10), and Bradon (6) — without a mother. And as the family wrestles to cope with the double shooting, they are falling back on their faith.

“Forgiveness is the answer to things like this,” Samuel says.

Jonathan Hochstetler has undergone two surgeries and has a feeding tube. Yet, even after losing his wife and in the midst of fighting for his own life, he isn’t holding onto anger.

Samuel calls out several Bible verses about forgiveness helping to guide the family during this difficult time.

“Love your enemies, bless them that curse you, do good to them that hate you, and pray for them which spitefully use you, and persecute you.” Matthew 5:44

“Dearly beloved, avenge not yourselves, but rather give place to wrath: for it is written, Vengeance is mine; I will repay, said the Lord.” Romans 12:19

“Be not overcome of evil, but overcome evil with good.” Romans 12:21

Scripture is the inspiration for the family’s response, with Samuel saying, “So we cannot allow this evil to overcome us, make us bitter and angry.”

Rather than focusing on what he’s lost, Jonathan is thanking the Lord for the blessings that remain.

“My son has thanked his heavenly Father over and over that he's not paralyzed,” Samuel said.

Family’s Response To Tragedy Is Inspiration For Us All

This family is truly praising God in the storm. And not only that, Samuel penned a powerful letter explaining how they are heeding the advice in Matthew 5:44 and praying for the men behind the double shooting.

“I extend forgiveness towards the two murderers,” Samuel Hochstetler says. “Revenge only begets more violence. My heart's desire for them is that they would repent and fall on their faces before the Lord Jesus and cry out for mercy for their own soul's sake. Jesus would desire to give them a new heart and a new spirit.”

Faith doesn’t stop tragedies from happening. But it does allow God to use our brokenness for something bigger… something beautiful.

The heartache this family feels is something only God can help ease. But what an inspiration they are setting for us all in how to find triumph during tragedy!