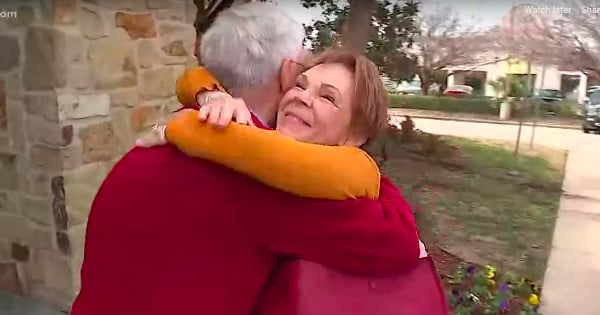 Hockey player Carey Price comforted 11-year-old Anderson as the boy broke down into tears. But that’s because the emotional moment was actually part of something much bigger. This inspirational short story is all about how hard a dying mom fought to make her son’s dreams come true.

11-year-old Anderson Whitehead is from Ontario, Canada, where hockey is huge. And this little boy wanted so badly to meet his favorite goalkeeper, Carey Price, from his favorite team, the Montreal Canadiens.

"She was the kind of woman that would give everything to everybody else before she would ever take," said the boy’s father, Kevin Whitehead.

Laura tried everything she could think of, entering every contest she could find. But they just never won.

Then, in November of 2018, Laura McKay passed away from cancer at just 43 years old.

Even though it was Anderson’s dream to meet hockey player Carey Price, everyone knew it had become Laura’s dream to fulfill that wish. And now that she was gone, her heartbroken family became determined to make it happen.

Kevin collaborated with his family to start spreading the word. And divine intervention created the layers of connection necessary to get the dying mom’s wish in front of the hockey team.

In February, Anderson got a call inviting him and his family to come and watch one of the team’s practices.

The experience of being so close to his favorite team delighted little Anderson. But when the practice ended, there was even more in store.

The hockey team’s physiotherapist knew about Anderson’s mom. And he mentioned it to the team. So, when the players finished up with their practice, goalkeeper Carey Price made his way off the ice and over to where Anderson and his family sat in the stands.

With Anderson that day was his dad and his aunt and uncle. As Carey made his way over to Anderson, his uncle pulled out his cell phone and started filming the incredible moment.

The video will absolutely pull at your heartstrings. 11-year-old Anderson becomes overwhelmed with emotions as he realizes what’s taking place. Not only was he meeting his hero, goalkeeper Carey Price, but the wish his mom had worked so hard to grant was finally coming true.

Anderson had just been hoping for a high-five. But Carey handed him an autographed puck. And as Anderson cried uncontrollably, the hockey player comforted him. Carey Price takes his mask off and displays so much compassion.

“That turned into him giving me a big hug, telling me everything would be okay,” the boy said.

Anderson later explained that he got so emotional because he "didn't think anyone would do something like that for me."

But Anderson wasn’t the only one getting emotional!

“It’s unbelievable,” his father, Kevin, said. “I can’t lie I broke down in tears, just embraced Anderson after he was done.”

"We never thought this would happen but so glad to share this heartwarming story," she said.

In addition to the hockey puck, Carey Price made sure Anderson went home with tons of other gear, including signed hockey sticks and an autograph on his jersey.

But more importantly, he went home with a memory he will treasure forever and relief that his mom’s dying wish had finally been granted.

"She would be very happy for me," he said.

And Anderson’s dad Kevin took comfort in the assurance that Laura was watching from Heaven.

“There’s no dream more that she tried for in her life to give him than this,” he said. “I know from up above this means everything to her.”