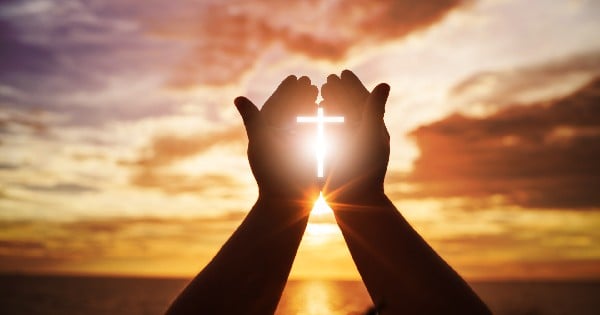 These 5 Men Were Thanked More Than GOD At The Oscars. Apparently, THIS Explains A Lot About Hollywood!
Read Article »

Director Stands Up To Giants of Hollywood Who Said His Film Was Too GOD-Centered!

How would you feel if you'd spent more than a decade of your life working on a project that you just knew could bring people to God, only have someone tell you . . . it was too much about God? It sounds crazy, right? But that's exactly what happened to renowned Christian filmmaker, Tim Chey.

The film in question is ‘David And Goliath' a $50 million dollar epic film about the events leading up to the famous battle between the young shepherd boy, David and the giant Philistine warrior, Goliath.

The film has already been shot and edited. But now Hollywood studios are refusing to pay to release the films in theaters, saying the film is too “God-centered!” (But isn’t that what we NEED right now?)

According to the filmmakers, "The Hollywood studios have rejected ‘David and Goliath’ for being too Bible-based and religious. One studio executive said, “You mention God in almost every scene.”

After the release of many big-budget biblical films last year, you may think that Hollywood had finally abandoned this way of thinking. But remember that Exodus and Noah were both directed by atheists who even BRAGGED about how unbiblical their films were.

Exodus' director Ridley Scott said that, "The biggest source of evil is of course religion." When asked, "All religions?" he replied, "Can you think of a good one? A just and kind and tolerant religion?"

Noah director Darren Aronofsky called his movie "the least biblical, biblical film ever made." Not once during the entire movie is the name "God" spoken.

"This is why true believers have to step up and make the biblical films,” says Chey.

‘David and Goliath' Director Tim Chey is a former atheist who found Christ in a hotel room after reading a Gideon’s Bible.

"I never looked back after that. Our production company has had this film “David and Goliath” in the works for almost 11 years. We realized to film it right we needed to shoot the film on a grand scale (much like “Lawrence of Arabia”). It’s one of the most incredible stories in the Bible about faith."

(The 7’4″ Actor Jerry Sokoloski portrayed ‘Goliath' in the film.)

Chey shares the struggles of being a Christian filmmaker, "We were constantly being ridiculed by the secular media."

Unlike some of those other films that were promoted as being Bible-based, Chey insisted that “David and Goliath” is the real deal. “It will be biblically correct in every way,” he said.

And his dedicated crew went to great lengths to make sure that just that happened, even risking their own lives during the filming in North Africa. They faced angry mobs, killer bees, death threats from Islamic extremists, and even the outbreak of the Ebola virus.

“I did the film first and foremost to honor the Lord,” said Chey. “I also wanted to give a cup of cold water to every Believer who struggles with his face against the giants of this world.”

So after risking his very life to bring God's word to the big screen, what is Chey doing now that his film is being kept from viewers by the studios? He's releasing it himself!

Not accepting Hollywood's rejection, the filmmakers have reached out to other Christians to help fund their film and have already raised enough money to release the movie in 25 cities across the states.

And Chey isn't stopping there. He's continuing to push to get his film shown in more cities.

God bless Christian filmmakers who have to fight like David against the giant of Hollywood to have their message reach the masses, and bless their films that they may touch the hearts of those who see them!

Watch the trailer for ‘David And Goliath' here: