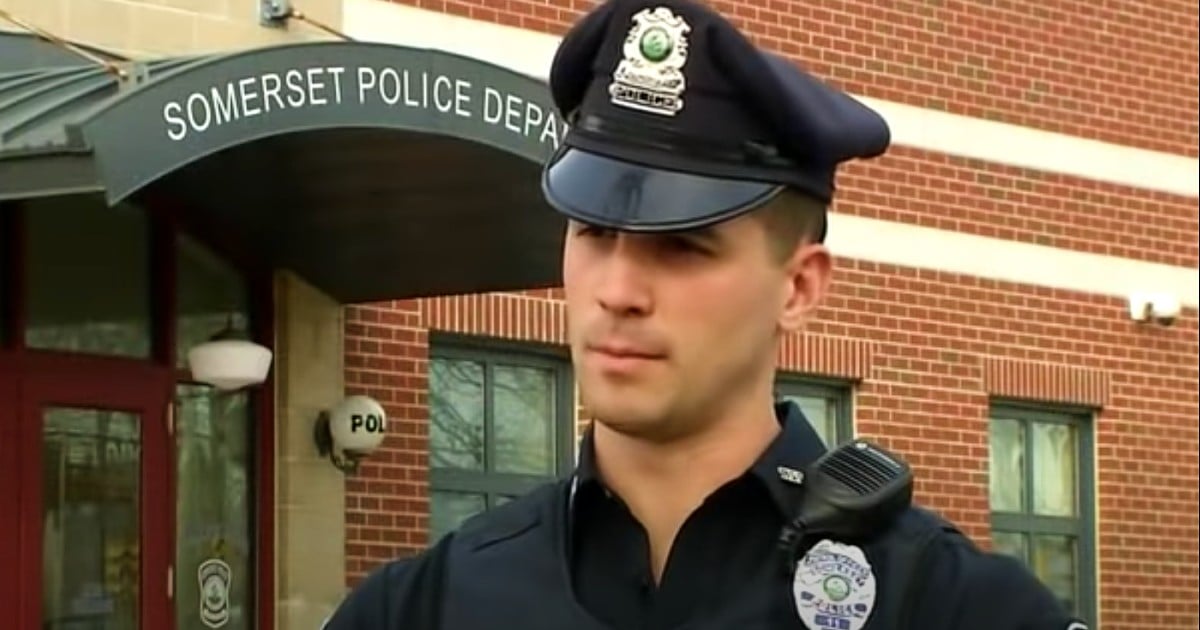 In this positive news story, a homeless man finds a wallet as he’s digging through a dumpster. The humble hero surprised everyone by returning the wallet to the grandma who’d lost it. And his kind deed didn’t go unnoticed by the woman’s granddaughter!

One morning, Evelyn Topper stopped off at a coffee shop to grab a drink. After paying, she slipped her wallet back inside her pocket.

RELATED: Woman Asks A Homeless Man To Watch Her Purse And Learns A Valuable Lesson

But when the grandma got home, her wallet was missing.

“In this little wallet was everything,” Evelyn explained. “Every credit, debit, medicare card. Everything I own. I was distraught.”

That could have easily been the last Evelyn Topper ever saw of her wallet. But instead, a homeless man finds the wallet and brings a happy ending to this story!

Sean Currey has been homeless for five years. And as he dug through the dumpster behind the coffee shop, he made a startling discovery.

Finding the grandma’s wallet presented the homeless man with a serious temptation. While there was no cash inside, he could have used the debit and credit cards. In fact, one of Sean’s friends suggested he do just that.

But while Sean may be homeless, he’s not dishonest. He knew the wallet belonged to somebody and using the cards would be the same thing as stealing.

RELATED: Cameras Witness A True Miracle As A Stranger Shows Up With The $800 A Grandma Lost

So, instead, Sean made Evelyn’s day by reaching out and returning her lost items.

“I did it because I got a heart,” he explained. “That’s the way I was brought up.”

Evelyn Topper screamed with joy when she learned the homeless man had found her wallet. And the kind deed had an especially profound impact on the woman’s 12-year-old granddaughter, Mikayla Gounard.

Having just turned 12, Mikayla had already requested donations instead of gifts for her birthday. But she was still trying to figure out what to do with the funds.

“I wanted to give to somebody who really needed something,” Mikayla said.

Well, God certainly answered the generous 12-year-old’s question of what to do with the money!

After seeing the joy Sean Currey’s act of kindness did for her grandma, Mikayla decided to reward the homeless man’s integrity. As guests drove through her birthday parade, they dropped money into a basket set beside Sean’s picture.

All of the money Mikayla raised — hundreds of dollars — she turned over to the homeless man who found and returned her grandma’s missing wallet. It’s a gift Sean wasn’t expecting.

“I’m humbled,” he said after receiving the money from Mikayla and Evelyn. “I mean, I’m just blessed. It’s hard to express words for it.”

As for Mikayla, she’s hoping her grandma’s story will encourage others. She says it’s a reminder for us all that just because you get knocked down doesn’t mean you can’t get back up.

No matter where you may find yourself in life, there is always room for more kindness!

YOU MAY ALSO LIKE: Teen Working at Kroger Hears Senior Citizen Told to Put Groceries Back So He Pulls Out His Wallet

“He has showed you, O man, what is good; and what does the LORD require of you, but to do justly, and to love mercy, and to walk humbly with your God?” Micah 6:8