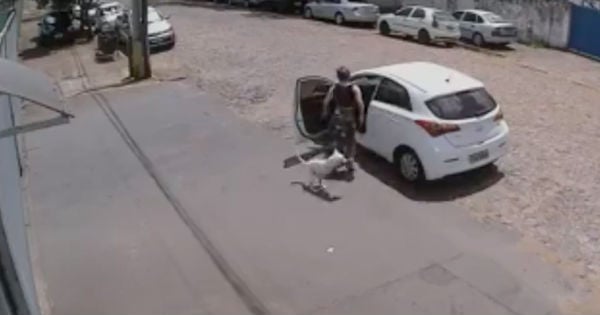 When Howard the talking bird appeared on The Johnny Carson Show, his hilarious antics quickly took center stage. And this clip was just the laugh I needed today!

RELATED: Johnny Carson Faces Off With A Cheetah And Winds Up In The Arms Of Ed McMahon

Some of the most memorable celebrity interviews can be traced back to this iconic show. And some of his most famous clips are when he invited animals onto the show.

Birds can be such an underrated companion. There's no doubt that these amazing creatures can truly be a gift from God.

They can provide friendship, love, and lots and lots of laughter. And Howard is definitely living up to that reputation!

Just watch as he sits on Johnny Carson's desk and tries to be part of the conversation. First, we see Howard the talking bird do impressions, like a cat sound. But then, every time Johnny starts to talk, he lets out a loud ‘Ha, ha, ha.'

And the crowd was going wild. The trainer shared that birds learn words when they are very young. "They usually learn most of the things that they're going to learn in the first year."

The talent shown by Howard the talking bird amazes Johnny and he keeps giving him grapes. This means that Howard continues to say ‘ha, ha, ha' and it's a hilarious exchange that has racked up over a million views on YouTube.

These are the types of clips that I love to watch time and time again. Who else remembers watching The Johnny Carson Show?