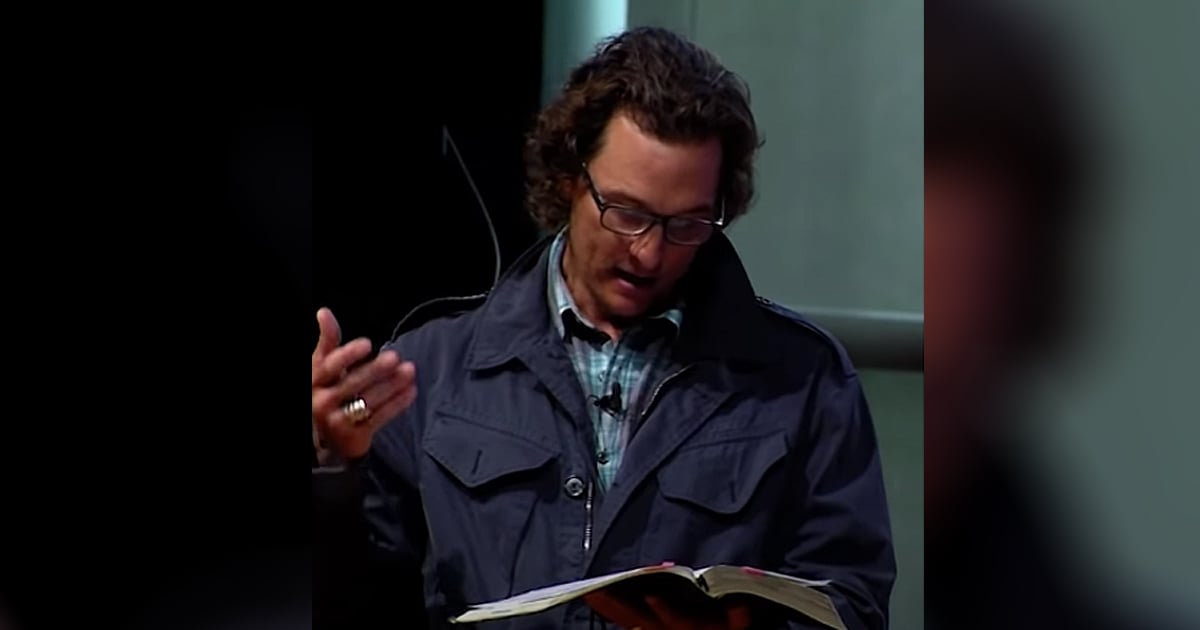 Jep Robertson from Duck Dynasty nearly let drugs and deception ruin his life. But then his family intervened. And now, this modern-day prodigal son is sharing his powerful testimony!

In this inspiring ‘I Am Second' video series Jep Robertson shares how he grew up richly blessed. His father Phil and his mother Kay started out with humble beginnings before their family became financially wealthy.

Jep was blessed with a good family, good parents, a great home, and he was taught about the love of God. Even so, there was a hole in his heart he was trying to fill. What he didn't realize was that this hole was a God-shaped hole that he tried to fill with drugs and alcohol.

Jep knew something had to change or he was going to die. But he didn't know how to get out of his downward spiral.

His story sounds eerily familiar doesn't it? That's because there's a story in the Bible, nestled in the pages of Luke about a wealthy father who loved his sons. But love wasn't enough for one of his sons.

So this son took his riches and squandered it on the party lifestyle. It wasn't until he was living lower than a farmer's pigs when he realized he needed to change. But this son didn't know if his father would take him back after all the willful, disgusting, and poor choices he had made.

The story of Jep Robertson from Duck Dynasty began to mirror the Prodigal Son when his family confronted him one morning. His father asked,

"Son, are you ready to change?"

His father then added, "I just want you to know we've come to a decision as a family. Either you are going to join us and follow God or are you going to go on your own."

Surrounded by his family, Jep didn't know what to say or do but he followed God's call when he fell to his knees and said, "What took you all so long?" But Jep didn't think he could come back to the family. Jep felt every bit like the ‘Prodigal Son.' The weight of his choices and his sins weighed heavily on his heart.

Was it enough to make Jep truly want to change? Jep wanted to come clean and share every bit of sin, sorrow, and pain that he had caused but his father wouldn't hear any more of it.

This moment was a supernatural moment when God's spirit of love, compassion, grace, and forgiveness filled the room. Jep Robertson's whole family began to weep and fell to their knees and surrounded Jep as he asked God and his daddy for forgiveness. Phil, then repeated the words of the Prodigal Father, "My son has returned home!"

All families who love an addict dream of this day. They hope and wait on the Lord to protect their loved ones while waiting for God to help turn their hearts around. Addiction is ugly and it's hard for friends and family to understand how drugs and alcohol turned their loved ones into strangers that will do anything for their next fix. But the Lord is mighty to save and God is more powerful than any drug on this earth! Can we all just take a moment to praise the Lord for Jep's freedom?

And let us take a moment to pray for those who have a loved one still walking the path of the prodigal son. Let's pray for God's timing and supernatural intervention. May each of us be freed from dysfunction and delivered into God's dynasty!

YOU MAY ALSO LIKE: Sadie Robertson Sees A Million Miracles As She And Husband Christian Huff Welcomes Baby Girl

"But while he was still a long way off, his father saw him and felt compassion, and ran and embraced him and kissed him." Luke 15:20