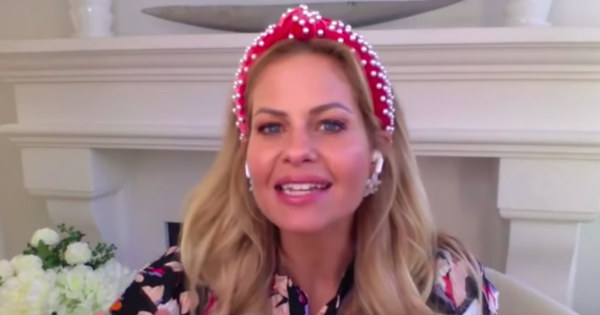 For Candace Cameron Bure, Faith Is How She Stays Strong During The Pandemic
Read Article »

Comments made by Christian celebrity Jim Caviezel on Passion of the Christ: Ressurection has certainly stirred excitement for the Mel Gibson sequel. In fact, Jim says “it’s going to be the biggest film in world history!”

In an exclusive interview on Breitbart News Daily with Alex Marlow, Caviezel said he will once again play Jesus in the film that mainly focuses on Jesus’ resurrection. While Caviezel released these details on the new sequel, he also talked about his faith, its effects on his career, and his own upcoming film, Infidel.

RELATED: Jim Caviezel, The Actor Who Played Jesus In The Passion Of The Christ, Brings A Powerful Message Of Faith

Caviezel spoke about how he was blacklisted in Hollywood for playing Jesus but said he had “no choice” but to defend the film.

“I had no choice, I had to defend it. I had to fight to survive. The film exploded. It was off the charts. You'd think, ‘Oh, you're going to work a lot.' No, I didn't. I was no longer on the studio list. That was gone. ... Because of what I do as an actor - that's my skill - it was given to me from God. I didn't give it to myself, but it's something in which I have a great range. ... I really felt that faith was much bigger than the industry and Hollywood, and bigger than the Republican or Democratic Party or any of that,” Caviezel told Breitbart News.

Jim Caviezel On Passion Of The Christ And Importance Of Sequel

Caviezel also insisted that The Passion’s sequel is especially important in today's culture.

“It's so imperative in this time. These films can't be made now. The films they make are Marvel Comics movies. You'll see Superman. You won't see Jesus. I got to play the greatest superhero there ever was,” he asserted.

YOU MAY ALSO LIKE: 5 Christian Celebrities Who Have A Strong Faith

According to Caviezel, Hollywood has growing hostility toward any Biblical films, even though they have been doing well at the box office.

The Passion of the Christ: Resurrection will reportedly be released in 2022, IMDB reports.

This article was shared with permission from Christian Headlines and was written by John Paluska. John has been a contributor for Christian Headlines since 2016 and is the founder of The Daily Fodder, a news outlet he relaunched in 2019 as a response to the constant distribution of fake news.