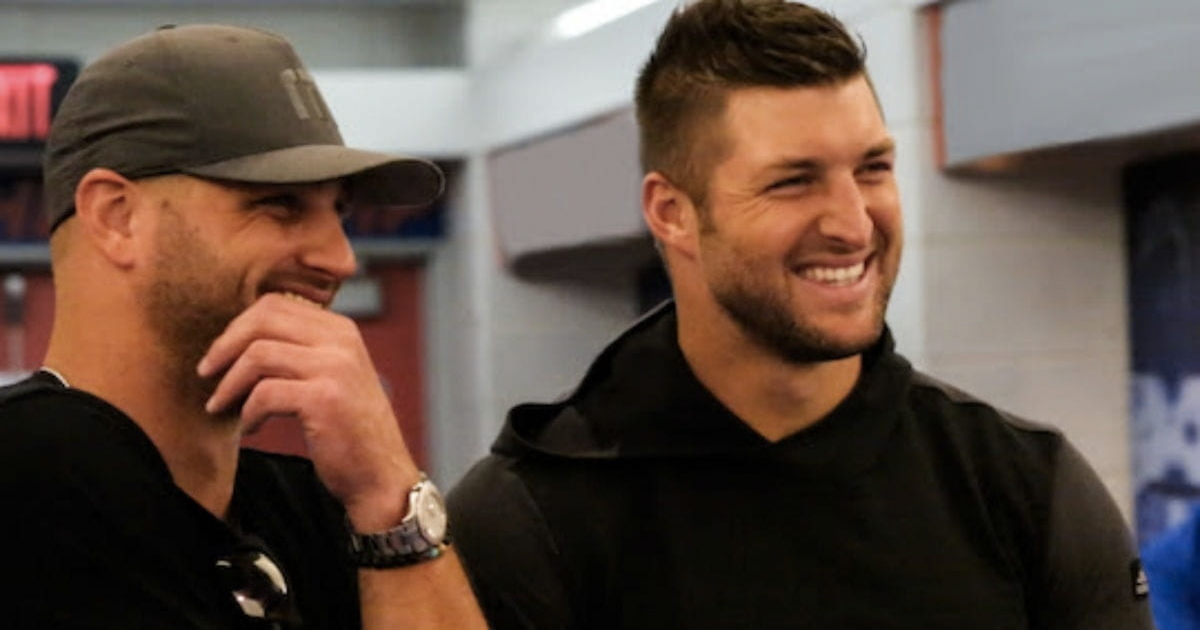 Kaitlin Fitzgerald and Allan DaPore were in love. But then Allan survived a terrifying fall. Doctors told Kaitlin her boyfriend suffered severe brain and spinal cord injuries. They warned he may even be brain dead. Since they weren’t married, Kaitlin could leave. But her decision makes for an incredibly uplifting real-life love story!

Allan and Kaitlin met during their freshman year at the College of Charleston in South Carolina. The two fell in love and all was going well.

But then the unthinkable happened.

Allan was leaving a second-story restaurant in 2016 in Charleston when he fell down a flight of stairs. An ambulance rushed him to the Medical University of South Carolina but things weren’t looking good.

RELATED: Young Widow Chooses Love Over Fear With No Regrets

Doctors confirmed Allan suffered severe brain trauma as well as a spinal cord injury during the fall. He was in a coma and a CT scan showed hardly any brain activity. Doctors needed to operate but worried the surgery would leave him brain dead.

Three weeks later, Allan lay in a hospital bed, still unresponsive. And Kaitlin remained by his side, along with Allan’s family, cheering him on.

"His injury was so severe, but there was never any hesitation on Kaitlin's part," said Dr. Anna Elmers, the psychiatrist who led Allan's medical team at Shepherd Center. "This will sound cheesy, but every time I hear the song ‘Cheerleader,' I think of her."

Inspiring Devotion During An Uncertain Road To Recovery

Since Allan suffered severe brain trauma, no one knew exactly what to expect as he entered a rehabilitation program.

"Going into something like that, no one knows what to expect," Kaitlin says. "It involves a lot of trust. Dr. Elmers and I gelled immediately. She was good about being pragmatic – not giving false hope, but willing to explore every avenue."

But even with all the uncertainty, Kaitlin made one thing abundantly clear to Allan’s doctors and family. She wasn’t going anywhere!

Surrounded with so much love and support, Allan made miraculous progress. By the end of his first week, he was already doing things doctors feared he’d never again do on his own. Basic tasks we often take for granted, like talking, eating and breathing.

WATCH: Some Of Allan’s Incredible Progress

And as he got stronger, Allan became determined to keep pushing. At his side, cheering him on was Kaitlin.

The 24-year-old helped him shower and go to the bathroom. She helped him with his physical therapy exercises and set timers while he ate to help him learn when and how to swallow again. And Kaitlin’s unwavering devotion inspired all of those around her.

"I'm sure Kaitlin had some of the hardest days you can imagine. But when she was in front of Allan, it was all about him," Jessica Berman, Allan's speech-language pathologist. "By the time he left Shepherd, Kaitlin had taken on the role of speech therapist, occupational therapist, physical therapist — everything."

"Their story was in place,” nurse practitioner John Morawski said. “Most folks do the ‘for better or worse’ thing after they've made that promise. It was really inspiring."

The Decision To Stay

Of course, Kaitlin’s inspirational dedication during Allan’s darkest hours didn’t come easy. She was only 24 years old and there was no telling if Allan would ever be the same. Sometimes, Kaitlin herself even questioned whether she should leave.

"Plenty of times I thought, ‘Should I just run away to Florida and be a bartender?'” Kaitlin joked. “I'd ask myself, especially since we weren't married, ‘Is this what I want?'”

But married or not, Kaitlin had already vowed to love Allan no matter what.

"As much as he needed me, I needed him,” she explained. “It might mean reinventing what we look like. We were a young, athletic couple, but we were also much more than those things. Bottom line: I was meant to be with Allan."

Katlin drew inspiration from a birthday card she gave Allan early on in his recovery journey. It said, “The best is yet to be.”

"During my dark times at Shepherd, I'd look at that card and think about our lives and futures and better things," Allan says. "The words became our mantra. I still say them every night before I go to sleep."

And as Allan progressed into outpatient treatment after three months of inpatient therapy, those words started to fulfill themselves!

Allan’s journey “through the valley” was long and tough. But the pair came through it together.

"This whole experience is nothing we would've planned," Kaitlin said. "We joke that the brain injury club is one no one wants to be a part of. But we actively choose every day to see the silver linings. We appreciate everything we have.”

And through this journey, Kaitlin and Allan garnered a whole new perspective on life. They choose to focus on God’s blessings over the troubles they’ve endured.

"Before my injury, I took everything for granted," Allan says. "My injury changed all of that. I stopped taking the simple things for granted and realized just how lucky I was to have Kaitlin in my life. It took losing nearly everything for me to wake up to the blessings in my life, but there hasn’t been a day since that I don’t recognize how lucky I am, especially to have her with me through it all.”

Allan walked out of Shepherd Center's outpatient rehabilitation center all on his own — something doctors weren’t sure would ever be possible. Then, the couple spent the next year focusing continuing to strengthen and refine Allan’s recovery at home.

God carried Kaitlin and Allan through the valley. And on the other side of Allan’s recovery journey, the two celebrated in the best way possible — with a wedding!

In April 2018, the two tied the knot at Kiawah Island in South Carolina and asked guests to make donations to Shepherd Center instead of bringing the newlyweds gifts. In attendance were friends and family, as well as medical staff who’d become both, including Dr. Anna Elmers.

"The whole thing defined their relationship," she said. "Most people don't get put through a trial like this prior to getting married, let alone after. The wedding was just so – fulfilling. Everything came full circle."

Kaitlin and Allan’s enduring love throughout the journey is a beautiful thing. But what also makes them so inspirational is how this couple openly shares their overcomer story as a way to encourage others to keep believing in miracles and to never give up.

May the real-life love story of Kaitlin Fitzgerald and Allan DaPore remind you today that love always wins. In life, there will always be trials. But God’s overwhelming love for us is greater than any of us can ever imagine or comprehend!

“Three things will last forever-faith, hope, and love-and the greatest of these is love.” 1 Corinthians 13:13

YOU MAY ALSO LIKE: Faith Hill And Tim McGraw On 21 Years Of Marriage And Their Soon-To-Be Empty Nest