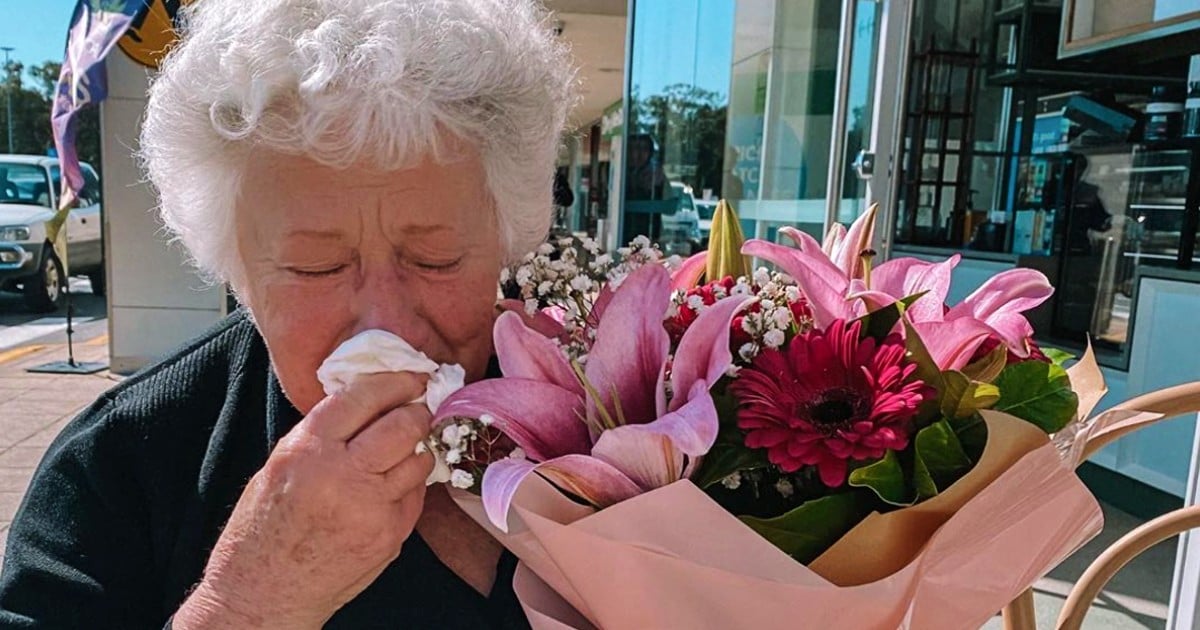 Mississippi teen Katy Qualls begged her parents to let her join the search for a missing elderly man with dementia. And after finding him, Katy says it was all God: "He led me there.”

Katy Qualls stumbled upon a post on her neighborhood’s Facebook page saying an old man with dementia had wandered away from his property. The Mississippi teen knew the man’s family and her heart went out to them.

Katy desperately wanted to help find the missing man. With the cold temps, the compassionate teen worried about the man’s well-being.

"I immediately went to my parents and was like, ‘I'm not going to be able to go to sleep until this person is found,'" Katy Qualls said. "I was just thinking about if that was my grandfather or somebody. It just didn't sit right with me."

With her parent’s permission, Katy dressed for the cold and set out into the night. And she wasn’t alone. The whole community was out looking for the missing elderly man.

Most of the search teams headed out into the wooded area nearby. But not Katy Qualls. She decided to take a different route.

Katy Qualls Credits God With Leading Her To Elderly Man

Katy decided to go toward a particular house. And that’s when she made a divine discovery!

"I walked around and I'm feeling like this is good," she explained. "I hear something, I turn to my left and he's laying (sic) on the floor on his side, backed up into the bushes. He blended in with the mulch, so you wouldn't have seen him unless you actually walked into the bushes."

“I'm here to help you,” the Mississippi teen told the elderly man. “I know your son, I know your grandkids.”

Then, with a strength beyond her, Katy Qualls picked the man up into her arms and carried him to the police.

Katy stayed by the man’s side as he waited inside the warm police cruiser for his family to show up. And his wife was beyond grateful for the young woman's determination in finding her frail husband.

YOU MAY ALSO LIKE: Teen Credits God for Allowing Him to Save Toddler from Drowning

Katy was honored to play a part in the emotional reunion. But she knew the One who deserved all the praise.

"I realized it was just all God," she declared. "He led me there. I truly believe He made that happen for a reason. With all the stuff that's happened in my life recently, I feel like He has a plan for me, and I don't know what it is, but I know it's going to be helping people."