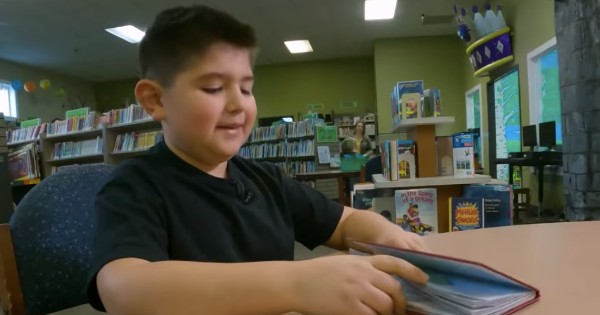 In a sweet video that was shared on social media, three young kids helped an elderly man off a bus and their kind actions got noticed by a stranger.

Richard Allen was the man that spotted the trio of boys helping an elderly gentleman with his walker and bags as he was getting off a bus in Philadelphia. “I was on my phone and I noticed a bus pulled over, and I see a group of kids helping an elderly man,” Richard shared. “I said, ‘Wow, I have to record this.'"

RELATED: Woman Praises ‘Good Youth' At Gas Station After Teen Jumps In To Pay Her Bill

Richard even gave the young kids some money after witnessing their act of kindness. He was just so moved by their compassion for the older man who needed assistance. And Richard shared the video that he took of the three boys online. He wanted to shine a light on the difference they were making.

“I wanted it to basically get shared to a lot of different kids that actually see this video to want to do better,” he said.

It is so heartwarming to see these young kids in the video helping the elderly man get safely off the bus. What great character these children have, and I'm sure that older man was grateful to have their help.

YOU MAY ALSO LIKE: Doorbell Camera Captures UPS Driver's Touching Message For a New Mom

May acts of kindness like this one remind us that we all need to look out for one another and serve our communities in whatever ways we can. God bless these sweet young kids, and may they always have a heart for helping others!

Coming up at 4: a Northeast Philadelphia man spotted a random example of kindness from three kids. Hoping to spotlight the positivity, he posted it, and they went viral for all the right reasons...The video shared by tens of thousands of strangers. @6abc pic.twitter.com/YXV6fFKN1V