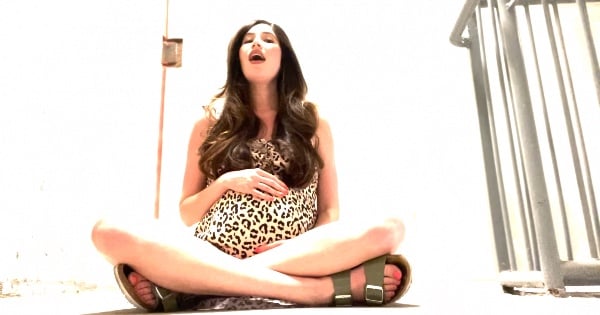 Kieran Rhodes on AGT sat down to play a Billy Joel song on the piano, he seemed nervous. But after Simon Cowell stopped him, he performed an original song and won everyone over!

Kieran Rhodes had a love for baseball until he stumbled upon icon Billie Joel. Suddenly, Kieran knew what he wanted to do for the rest of his life.

Even though he'd never picked up a musical instrument before in his life, it didn't stop him from making it all the way to America's Got Talent for an audition. But the most shocking thing happens. Simon stopped a nervous Kieran as he played his first song. But by the end, everyone is on their feet!

Can you imagine being in the middle of your big moment to shine only to have Simon stop you? But Simon did it for good reason. Kieran Rhodes was nervous and holding back. Simon wanted him to shine instead of shrinking into himself.

After Kieran introduced himself to the judges, they heard how he had taught himself to play piano, sing, and even made it into Berklee College of Music. The judges knew this young man had talent, it was just a matter of drawing it out.

So when Kieran Rhodes began to play a Billy Joel song, it didn't seem a fit for the stage. In the middle of playing, Simon raised his hand to signal for Kieran to stop. He was shocked at first but then Simon asked him to play a song he had written himself because he wanted Kieran's talent to really shine on the stage. The song he chose recounted the journey of walking through depression.

In that moment, Kieran's gift of music blew away the audience and the judges. By the time he finished singing, everyone was on their feet. In the end, the judges encouraged him to chase his dreams because he is the whole package. He only needs to believe in himself.

YOU MAY ALSO LIKE: Man Joins A Complete Stranger For An Unbelievable Piano Duet In A Paris Train Station

Now if we can all take a lesson from Simon's playbook and have the courage to do just that even if we need a nudge or two from those who believe in us.