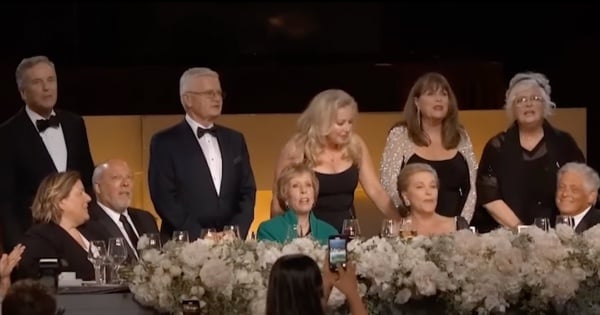 Lily Meola on AGT shared her story of personal tragedy and then stunned judges with her incredible original song, ‘Daydream.’

No one wants to have Simon question whether or not they are okay enough to get through an audition. That had to rattle Lily Meola's nerves as she stepped on the stage of America's Got Talent. Lily was nervous and still in the process of grieving the life she had.

RELATED: Nervous Piano Player on AGT Is Stopped by Simon but by the End, Everyone Is on Their Feet

Lillian had been on the precipice of all her dreams coming true. She had a record deal and she had her mother. But then everything came crashing down when her mother was diagnosed with cancer.

Lily then shared that it was a blessing she lost everything because it gave her extra time with her mother.

“I think maybe it was a bit of a blessing because it gave me some extra time to be there for her. She was my biggest cheerleader.”

Lily's mother eventually passed from this side of heaven to the next. In her darkest hours, it seemed she had lost everything. But in reality, she gained the gift of strength and learning what it means sorrow may last for the night but joy comes in the morning.

But Lily Meola rose from the ashes when she auditioned for AGT.

She walked out on the stage in a butterfly outfit. It was a nod to her mother, her dreams that had once come true, and the lyrics to the original song she had written. Even though Simon called her out on her heartbreak of broken dreams, Lily remembered that even butterflies struggle to get their wings.

She knew she would prove herself when she sang and she did! She blew everyone away with her angelic voice filled with joy.

Lily stunned the judges with her strength, resilience, and God's grace. In fact, she brought Heidi Klum to tears who couldn't help but give her the golden buzzer. This won't be the last we see of Lily Meola. And we absolutely cannot wait to see where God takes her next.

YOU MAY ALSO LIKE: Singer From Texas Wows With Audition On AGT And Is Dubbed The Elvis Of Country

Lily is living proof of how God can take our greatest heartaches and turn them into beautiful blessings.

Psalm 30:5 "Weeping may stay for the night, but rejoicing comes in the morning.”