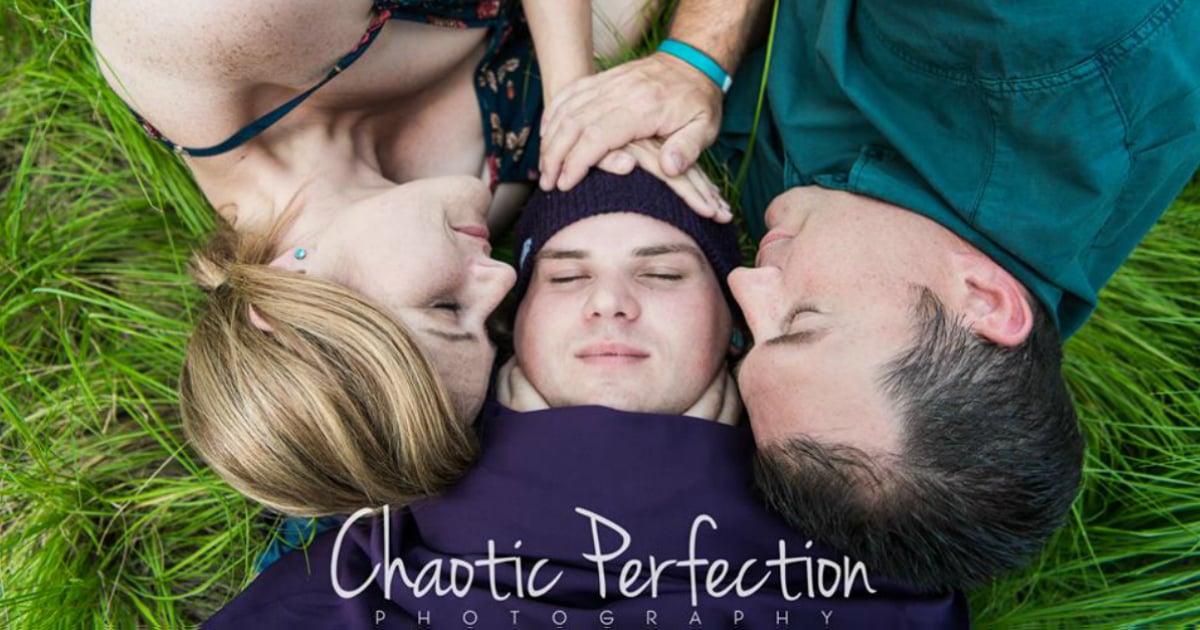 I’ve always thought there was something divine about coffee. And after hearing the story of how these long-lost siblings reunited over coffee, I’m sure of it! 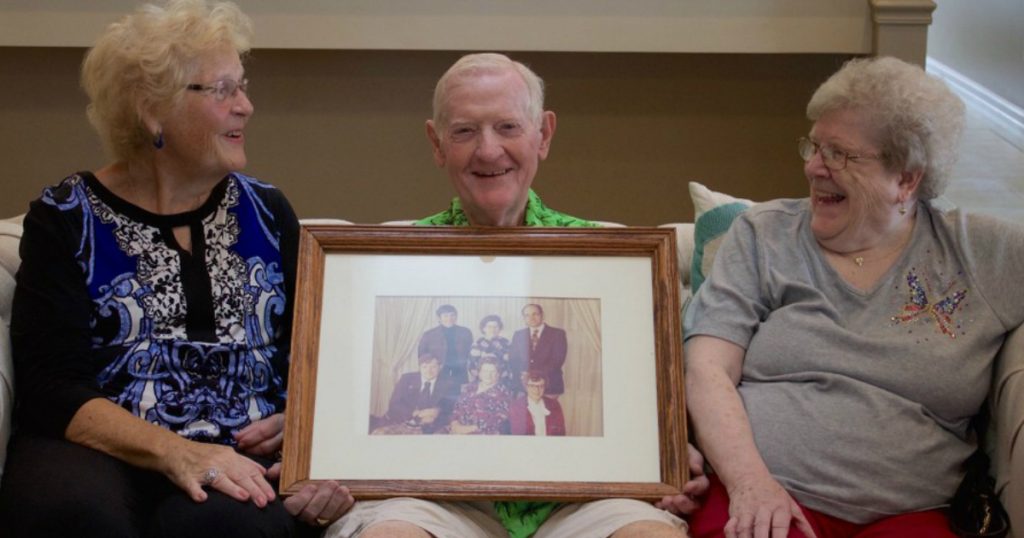 Phil Osborn and Marilyn Meyers share something in common. They have the same biological mother. However, they’ve spent most of their lives as strangers. Recently, though, these long-lost siblings reunited over coffee in what some would call a chance encounter. But Phil and Marilyn know their reunion had nothing to do with chance, and everything to do with divine intervention!

A Lifetime As Strangers

Marilyn Meyers (73) has known for 50 years she had siblings somewhere out in the world. Her adopted brother and friends tried for a time to find them. But with deaths in the family and name changes due to marriages, they’d never had any luck.

RELATED: Couple Reunites Grandpa With Special Package He Was Forced To Throw Out At The Airport

But all of that would change after her daughter, Jeanette Watts, convinced Marilyn and her husband to move to the Oaks of Rockford senior community in Michigan.

“God brought us here for a reason,” Marilyn said.

That reason was Phil Osborn.

Phil and his wife spent the past 15 years living in Florida. But with their children still in Michigan, the couple finally decided to return to the area. They moved into the Oaks of Rockford senior community. Little did they know, their new home was located just a few houses down from Marilyn’s!

The senior community hosts a coffee hour regularly at the club house. One day, Marilyn struck up a conversation with Mary Lou — Phil’s wife.

“When I heard there was an Osborn family moving in here, I kind of joked and said ‘Well, maybe he’s a long-lost brother,'” Marilyn recalled.

But as Marilyn started asking Mary Lou questions about their family, she realized her joke was no joke at all. Phil was indeed her long-lost brother!

Clarice Pletcher had birthed six children by the time her husband passed away. As a single mom in Muskegon, she went to work at a factory, trying to provide for her family. It just wasn’t enough, though. Clarice made the difficult decision to put her 3 youngest children — Phil, Teddy and Mary Jane — in foster care until they were old enough to care for themselves. 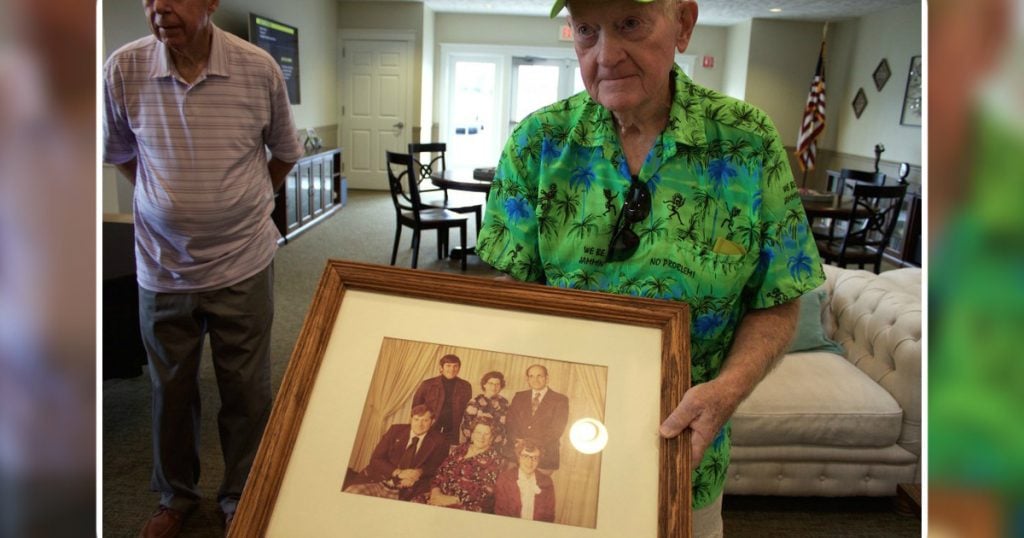 When Clarice found out she was pregnant again, she knew there was no way she could care for a baby. A local doctor put her in touch with a nurse in Detroit named Doris Riske. The woman wanted children, but couldn’t have them on her own. Doris agreed to adopt Clarice’s newborn baby girl, Marilyn.

While Doris was open with Marilyn about her background, Clarice kept Marilyn a secret from her children. She finally confided in Mary Jane many years later.

“She told me, and I said ‘How come you took so long to tell me?’ And she said ‘Because I was afraid that you wouldn’t love me,'” Mary Jane said.

Ever since divine intervention brought Phil and Marilyn together, they’ve been so happy.

“She lifts my heart every time I see her,” Phil says of half-sister Marilyn.

RELATED: D-Day Veteran Reunited With His Former Fiancee 70 Years After They Split

Phil told his sis Mary Jane all about the amazing discovery, and introduced her to Marilyn as well. And everyone involved is still blown away by the incredible blessing.

“(I’m) kind of in shock,” Marilyn said about the tearful reunion. “I knew that I had a brother and sisters somewhere. I knew about their names and everything but I didn’t exactly know where they were.”

After so many years apart, the family is happy to be together again. And they’re wasting no time making up for all those lost years!

YOU MAY ALSO LIKE: ‘Burger King Baby' Reunites With The Mom Who Abandoned Her 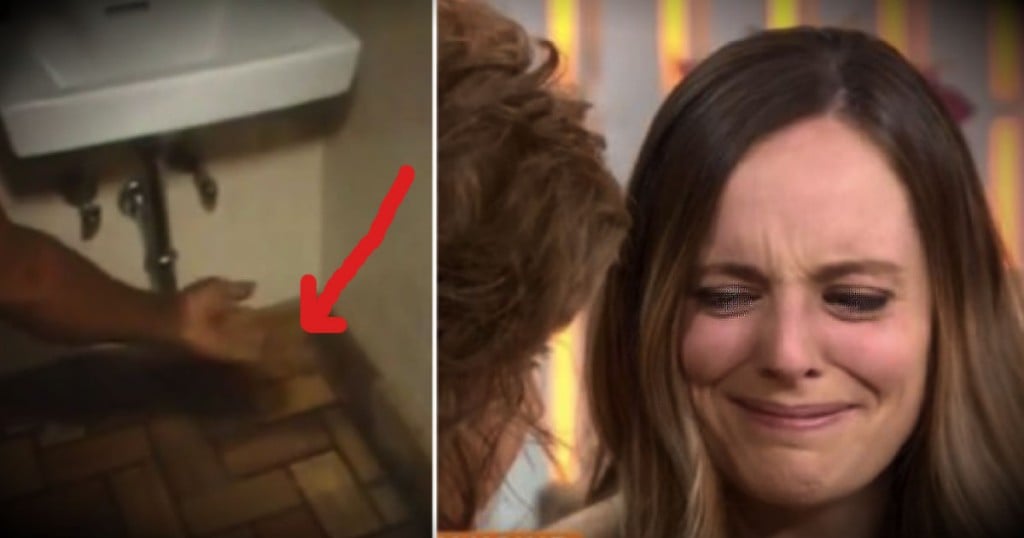