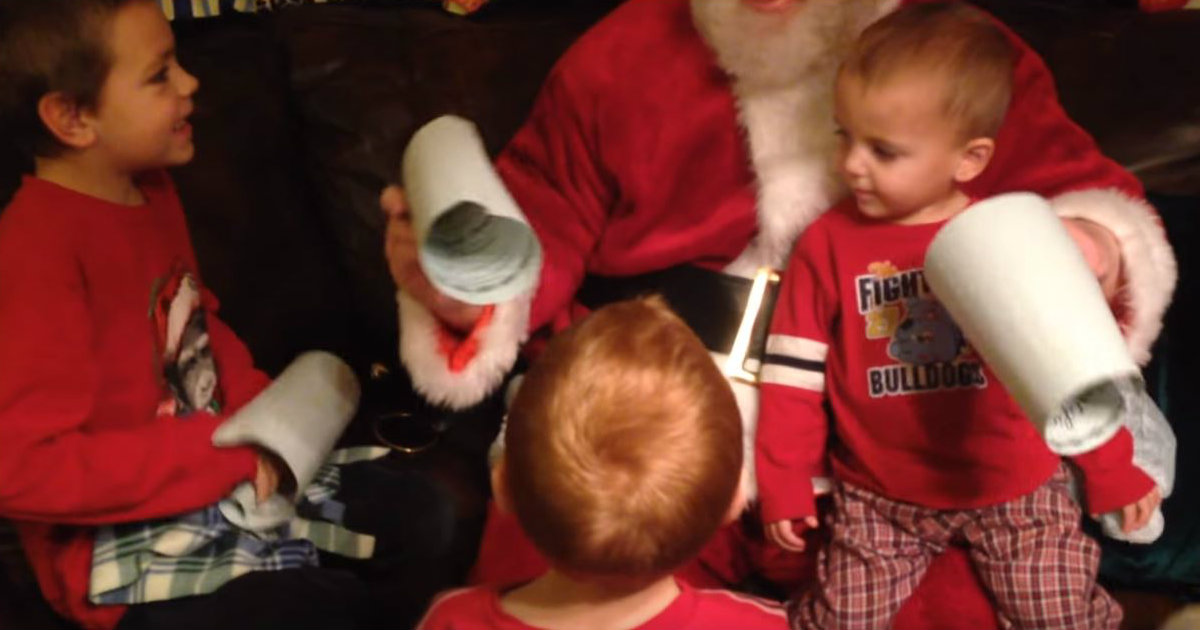 Dave Sylvaria sure does deserve an award for what he did for his little girl. This loving dad shaved his head completely bald for his daughter without hair.

Dave's wife, Chelsea was telling all of her children that she loved them. She was listing them one by one when her daughter, Riley asked her did she love herself. Chelsea said, "Of course I do" and proceeded to ask Riley if she loved herself. She was taken back by Riley's answer. Riley said she did not love herself because she did not have any hair. 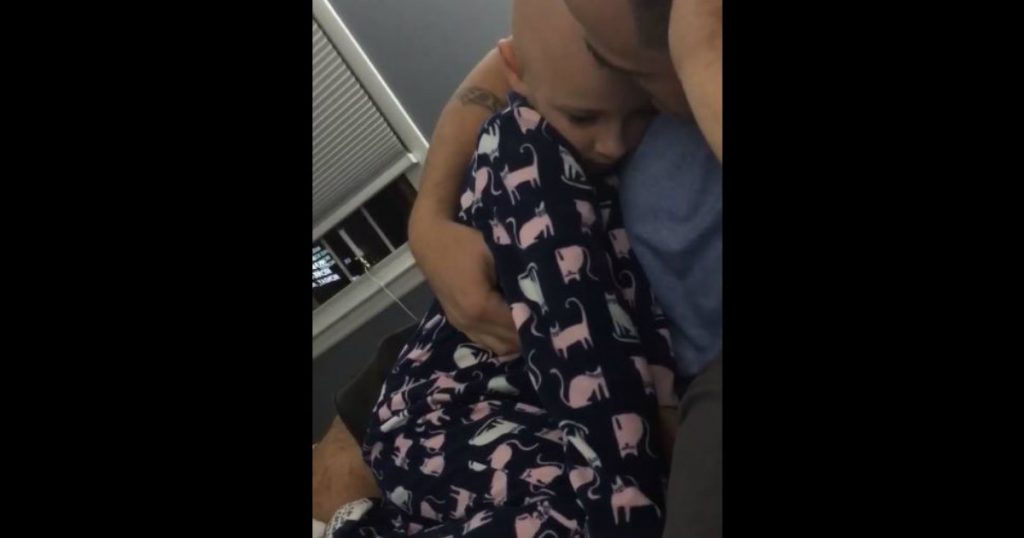 RELATED: Dad's Conversation With His Angry Little Girl Is Moving

Riley suffers from alopecia and lost all of her hair. Every little girl wants hair, but it was Chelsea's biggest fear that Riley would grow and dislike herself for something she did not have. So distraught, Chelsea told her husband Dave all about the conversation she had with Riley. It broke his heart, but he did the sweetest thing to encourage Riley. 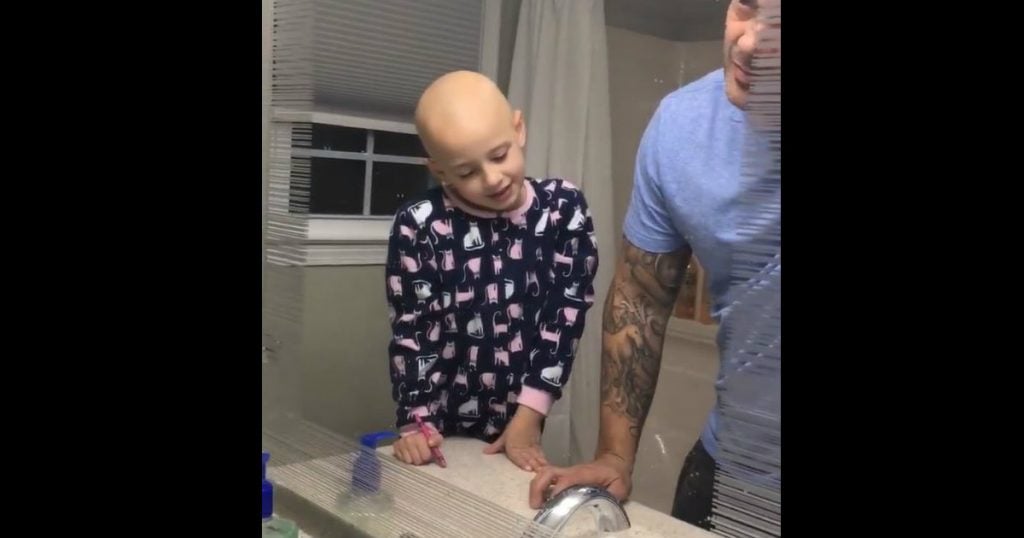 When Dave got home he called Riley in his room to talk to her. Riley thought she was in trouble, but he was actually sitting her down to cuddle and love on her. He told her how special she is and that she should not say that she does not love herself and that hair does not matter. And to prove that, he told her that he was going to shave his hair to look just like she does. And that's exactly what he did. 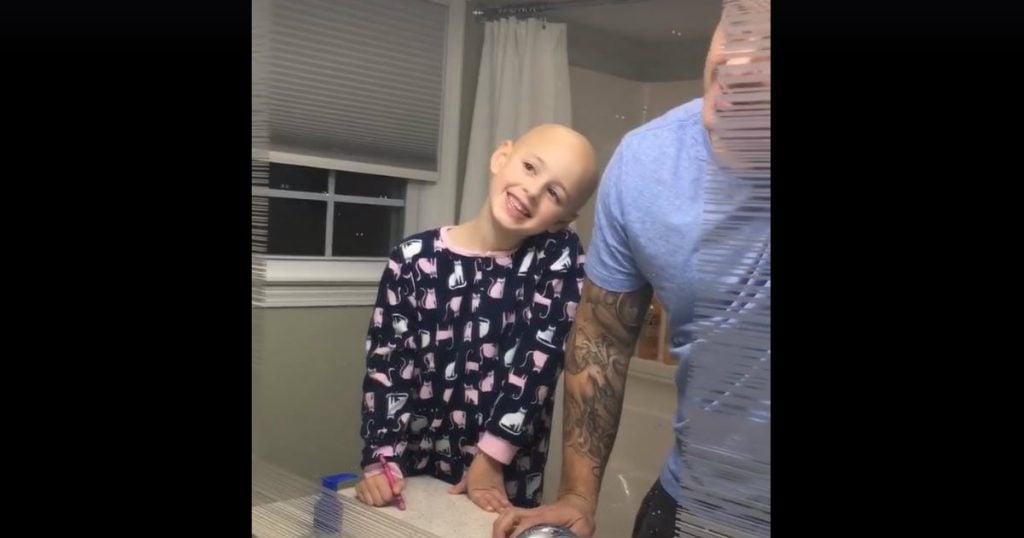 Dave got out his hair clippers, and with Riley standing right next to him, he shaved all of his hair off. He even let Riley help him out a little bit. The expression on Riley's face was priceless, as she stared at her daddy's reflection in the mirror. She is smiling because she does not feel alone because he is bald, just like she is.

YOU MAY ALSO LIKE: Baby Girl Smiles As Her Dad Sings To Her