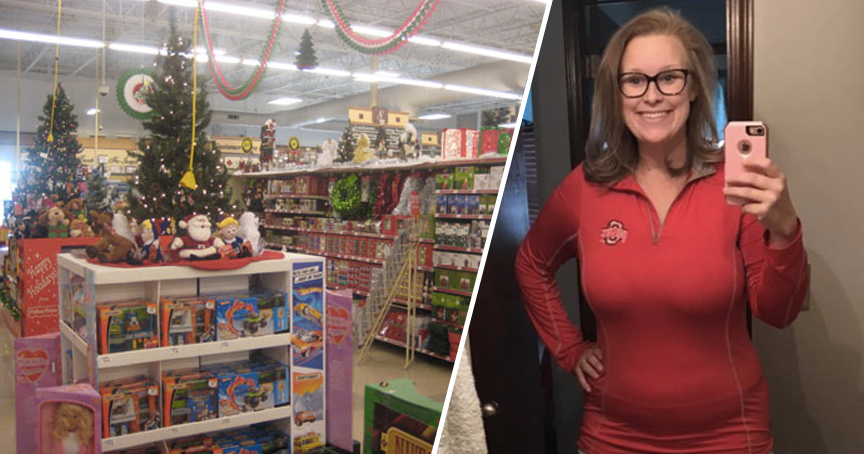 A Stranger Said Something To Her In Kroger, Left The Internet Speechless
Read Article »

LuLaRoe clothing, particularly their leggings, took the internet by storm several years back. But now, the online retail company is under attack after an independent LuLaRoe seller mocked people with special needs in a live video.

The multi-level marketing retailer relies on independent consultants to sell their bright, colorful and soft clothing. Think Avon or Mary Kay. Consultants use private LuLaRoe parties, hosted either in person or online, to do much of the selling.

One of the company’s rumored top sellers is Bobby Budenbender and his wife Taya who live in Arizona. The couple does much of their business online, with over 20,000 people in their “VIP” group alone. But a shockingly insensitive “joke” made by Bobby during a live video outraged viewers, along with the National Down Syndrome Society.

Bobby and Taya hosted a live LuLaRoe party online, which is a common practice. But when the event encountered some technical difficulties, Bobby “jokingly” called himself “special.”

“Hi. My name is Robert and I’m special” he says in the video.

The tone and demeanor used by the LuLaRoe seller mocked people with special needs. Many felt his “joke” was intended to impersonate a person with Down Syndrome.

You can see the shocking behavior below. Bobby’s controversial mocking begins around 55 seconds into the video (:55).

Not surprisingly, the “joke” outraged viewers. And the video spread quickly, angering more and more.

As Bobby and Taya realized the serious implications of Bobby’s “joke,” the couple released an apology video (which can be viewed here). In it, Bobby sits between Taya and her sister, who has Down Syndrome. Bobby says he made a “mistake” that “wasn’t very nice” and doesn’t truly reflect who he is.

“I have true respect for all people and view them with equality,” he said. “I know I am flawed at times, and I have been humbled to take inventory on how I can represent myself online, as the man I really am inside.”

Needless to say, the National Down Syndrome Society is among those outraged by Bobby’s behavior.

“This video is unacceptable and further perpetuates the stigmas we work to fight and end each and every day at NDSS,” the group said.

LuLaRoe is a longstanding supporter of the organization. The company’s founders, Mark and DeAnne Stidham, have a granddaughter with Down Syndrome — Scarlett. And after Scarlett’s birth, LuLaRoe designed a dress in her honor, pledging $1 of each sale to the National Down Syndrome Society.

And to the beautiful little lady whom this lovely dress is named after, happy birthday Scarlett! You bring so much joy to everyone and we're so thankful for this past year and the many beautiful years to come 💖. #LuLaRoe #LuLaRoeScarlett #LuLaRoeElegantCollection

So, when outrage erupted over the couple’s video, LuLaRoe’s decision to stand behind them surprised many. That included the National Down Syndrome Society. The organization opted to sever ties with LuLaRoe as a result.

After the National Down Syndrome Society announced their decision to cut ties with LuLaRoe, LuLaRoe explained their reasons for backing Bobby and Taya.

“We do not believe the most productive response to [Bobby’s] actions, which he has fully apologized for, is to close his business and threaten his ability to provide for his family,” they said.

Mark and DeAnne Stidham believe the couple’s apology to be heartfelt and sincere, which they say is why they’ve opted not to terminate their business with them.

“We do not condone, nor do we accept, nor do we stand behind the behavior that Bobby exhibited,” Mark said. “His behavior was unacceptable, it’s indefensible, but for me, it’s not unforgivable.”

RELATED: Dad Who Lost His Wife And Daughters In A Fire Writes A Powerful Letter Forgiving Arsonists Responsible

Mark and DeAnne have placed Bobby and Taya on a 30-day suspension.

When angry, it’s in our nature to want to lash out and condemn. Yet, God calls us to forgive. At the same time, there’s no denying Bobby’s “joke” was hurtful, insensitive and degrading. And our actions come with consequences.

So, what do you think about LuLaRoe’s response?

YOU MAY ALSO LIKE: A Mother's Letter To The Doctor Who Told Her To Abort Her Baby