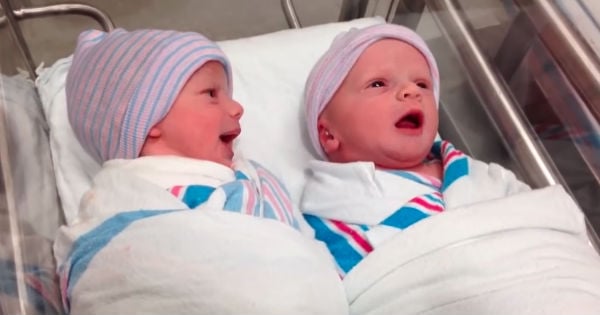 As Madelyn Michele, a little girl from Texas, sings Let It Go from Disney’s Frozen in the snow, she makes for the cutest mini Elsa. No wonder she’s going viral!

Madelyn’s mom, Kristi Michele, says it has been 5 years since their home in Texas has seen this kind of snow.

But once the flakes finally started falling, it blessed her sweet daughter with an opportunity to reenact a scene from one of her favorite movies!

"Madelyn finally got some snow to do her scene!" Kristi said.

Thankfully, Kristi hit record as Madelyn sings Let It Go. And the adorable video has been shared over 1 million times from her Facebook page!

You can just tell Madelyn Michele, dressed as Elsa from Frozen, is having the most wonderful time belting out the lyrics to this instant classic. It is just the most precious sight!

Be the good girl you always have to be

Let it go, let it go

Can’t hold it back anymore

Let it go, let it go

Turn away and slam the door

I don’t care what they’re going to say

Let the storm rage on

The cold never bothered me anyway"

Madelyn is reenacting the whole scene from the movie, right down to how Elsa waves her hands around in the air to use her snow magic. And when this little cutie rips off her gloves, just like in the movie, my heart can hardly take it!

Madelyn has clearly seen Frozen more than a few times. And she has got the scene down!

She marches through the snow as she sings Let It Go. And you can see that Madelyn has the complete Elsa outfit on. From the signature blue dress to the shiny tiara, and the classic braid.

And it is so cute to hear Madelyn's little voice singing out the words to the song as the snow falls gently all around her.

YOU MAY ALSO LIKE: Kristen Bell And Jimmy Fallon Perform A Fantastic Medley Of Disney Songs

Imagine how excited Madelyn was when she saw that blanket of white outside, knowing that she could finally make her dream of being like Elsa come true!