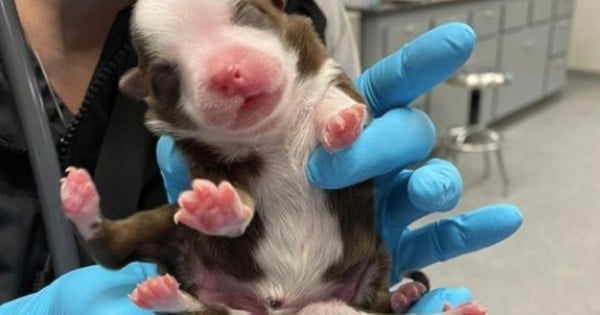 A man fights a bear to save his canine companion. How many would do what he did? Chances are, not many. Was he courageous or not thinking straight?

If you ask him, the answer is obvious. "That's my kid, I would die for my dog," he said.

RELATED: Brave Dad Battles Bear In Home To Protect His Twins Sleeping In Next Room

The Nevada resident is Kaleb Benham and the pit bull who was in danger is Buddy. Disaster struck this past November, at their home the day before Thanksgiving. Kaleb was inside his home, and Buddy was outside. What began initially a normal evening quickly became anything, but normal.

A noise outside alarmed him.

He recounted, "I heard a growl, looked about 75–100 feet down, and the bear was dragging him by his head, had his head in his mouth."

Kaleb could have chosen a number of responses including call for help or go back inside to get a weapon. He did neither. Kaleb charged the animal and this brave man fought the bear, which turned out to be a black bear–an animal known for its aggression.

In fact, people are encouraged to fight back or behave aggressively when approached by black bears because the ‘play dead' strategy does not work.

Kleb had no interest in playing dead anyway. Even without a weapon he ran and tackled the 350-pound bear!

"I just ran down there, plowed into the bear, tackled it and grabbed it by the throat and started hitting it in the face and the eye until it let go,"

To their relief, after the man fought the bear, the creature left.

After the dangerous encounter, Kaleb drove Buddy to the closest animal clinic only to discover it was temporarily closed. He didn't give up though and drove to another, the Mother Lode Veterinary Hospital, and this one admitted Buddy.

RELATED: Bystanders Scream Warnings As Bear Chases Skier Down Mountain And Cameras Caught It All

Kaleb's four-legged friend was in bad shape. The dog's ears needed reattachment and fluid needed to be drained from the dog's skull. It required plenty of stitches and staples.

The next day and for some time following, Buddy began the process of healing.

WATCH: Man Fights A Bear To Save Dog

Surprisingly, the bear has come back a number of times. According to Nevada's Department of Fish and Wildlife, bears that aggravate but do not damage private property are the landowner's problem. Their prerequisites for putting down the bear have not been met either.

YOU MAY ALSO LIKE: Grizzly Bear Charges, Barely Missing UPS Delivery Man, And Security Cameras Caught It All

Kaleb and Buddy can manage though. Man's best friend lives to fight another day, and as Kaleb has so clearly demonstrated, Buddy is in good protective hands.