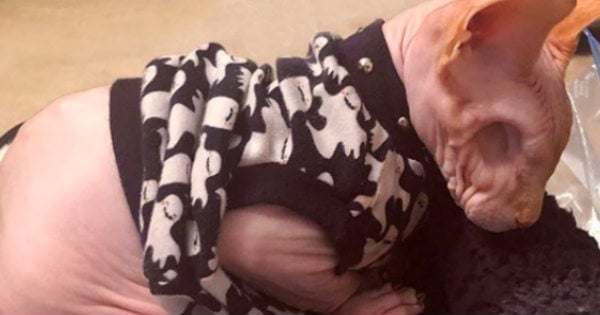 Imagine the terror he felt as a man finds a mountain lion watching kids when he stepped outside!

Cat dad Timothy Kerrsik noticed that his beloved pet had gotten out one day in late August. So, he went outside to go and find it. He was greeted by a large cat sitting in his front yard, but it wasn't his cat. After a bit, he realized what it actually was, a mountain lion, and he started to record the interaction. Later Timothy posted his video to Facebook where it quickly went viral.

The mountain lion laid down at the gate leading up to his home, crouched over watching some unsuspecting kids. The wild cat just stared quietly, it seemed as though it was going to attack the children, so Timothy yelled to them to encourage them to go inside. "I screamed at them to run inside," Timothy wrote on the post. "It turned around, came at me, but then jumped over the gate and hid under the truck. I chased it off into the side yard and up the back hill."

Timothy then went on to say, "I was terrified. I was really afraid for the kids and it was just pure adrenaline. I just came out and was like, ‘No, no, no, get, get, get.' And I was just chasing it like you would like a regular cat, ‘Get out of here, get, get.' And luckily it turned and just kept going," Timothy said, relieved.

Andrew Mooney, a neighbor of Timothy, shared more about the big mountain lion saying it was, "the width of a 2020 Ford F-150 from nose to tail. It's the biggest one that I've seen. We have a lot of sightings of mountain lions around here, and they all seem to be small bobcat size. This one was well fed," Andrew said.

YOU MAY ALSO LIKE: Widow Sobs As One Simple Act Of Kindness From A Stranger Comes At Just The Right Time

According to the Bay Area Puma Project, there has been an increase in sightings as some animals have been forced to leave their homes. "Residents should expect to see activity from this cat here and there, but there's nothing abnormal or scary or threatening about its behavior thus far," said Zara McDonald, a member of the Bay Area Puma project.

WATCH: Man Steps Outside To Find His Cat And Spots A Mountain Lion Watching Kids