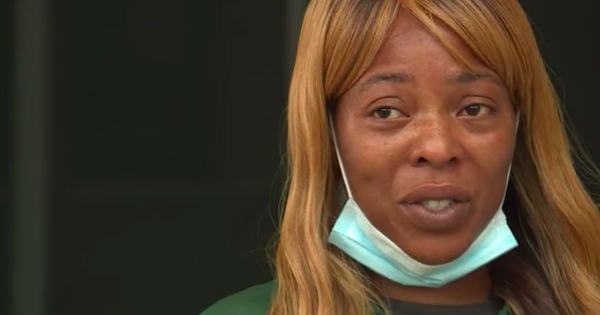 I was once one of those kids afraid to go to the doctor, though for some reason I enjoyed the dentist. Other kids I knew were fine with doctor visits but feared visiting the dentist. We all have at least one experience of running away from these scary adults when they were trying to help us. Imagine an adult who also runs, and avoids the doctor or dentist. That's the story of one man who has his jaw removed after avoiding the dentist for 27 years.

Not many people spend decades of their life running from fears. Darren Wilkinson is a different story. He avoided the dentist's office for as long as he could until health complications made him go.

Initially, Darren's wife Mel thought her husband was just not brushing his teeth properly. She had spent years trying to convince Darren to make an appointment. In time, his health worsened. Sometimes Darren even woke up with blood on his pillow.

Man Has Jaw Removed After Large Tumor Is Discovered

When Darren finally went, his dentist noticed something on his X-ray. During his appointment, his dentist discovered a tumor the size of a fist. There on the X-ray in the middle of where his mouth was visible, was a "black hole" that the dentist didn't like the look of. He was staring at the proof of ameloblastoma.

Ameloblastoma is a rare benign tumor that grows in the jawline made up of cells from enamel that is supposed to protect your teeth. It is unknown exactly what causes these tumors. Injury, infection, or inflammation could all be factors.

Darren's tumor was embedded within his jaw and would require surgery to remove it. But because his tumor had been there so long, the end result was that 90% of his jaw had to be removed.

After that surgery, the 51-year-old had lost his ability to speak, eat, or drink.

The sad news worsened when they scheduled for Darren to receive titanium plates for his bottom jaw. The operation was delayed due to the COVID-19 outbreak. Without the surgery, Darren developed sepsis and underwent a number of additional medical procedures to help deal with infections and other health issues.

The health troubles have left Darren and Mel in a very delicate situation, with him not being able to work and even having difficulty breathing. They have future plans for Darren to undergo another surgery to move lower leg bones into his jaw to attempt at reconstruction.

Aside from the couple's perseverance in this tragic ordeal, Mel has shown herself to be a loving and doting wife. This injury affects Darren's ability to communicate and be intimate, still, Mel is showing her husband a Christ-like love that is forever pursuing.

YOU MAY ALSO LIKE: Dog and 11-Year-Old Boy Save Neighbor's Home from Fire

And hopefully, by sharing Darren and Mel's story, someone reading this today will be inspired to make that appointment that they've been putting off. Perhaps by sharing their story, Darren and Mel can save someone else from some of the heartaches they have endured.

I pray for Darren's continued healing and that we can all strive to show the type of love to our significant others as Mel has.