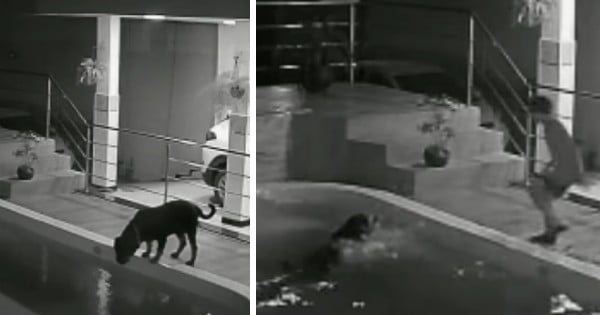 In an act of true heroism, one man rescues another man in a wheelchair who fell onto the tracks at a New York City subway station.

The video of the rescue captures the nail-biting scene. You can see the man in the wheelchair is stuck on the tracks. And another man immediately jumps down to save him.

"One man jumped right into the action. He didn’t think twice about whether he was going to go on those tracks,” said Lauren Mennen, a reporter for CBS who witnessed the event.

Others joined in to help get the wheelchair and the man off the tracks. Thankfully, their efforts got the man safely on the platform just before an oncoming train passed by.

The video was shared on the Instagram account called "subwaycreatures." And the video has thousands of comments applauding the one man's bravery.

"This afternoon in Union Square a man in a wheelchair somehow ended up on the subway tracks," reads the caption of the video. "Luckily, a Good Samaritan jumped down and rescued the man (and his wheelchair) about 10 seconds before the train came into the station. Huge shoutout to whoever the guy is who jumped down to help!"

The rescued man was then taken to a nearby hospital for non-life-threatening injuries.

YOU MAY ALSO LIKE: Heroic 11-Year-Old Jumps Into Action After His Beloved Dog Falls Into Pool

Thank goodness that these people stepped in to save this man that was stuck on the tracks! May we always look out for one another and help those in times of need.

WATCH: Man in Wheelchair Rescued After Fall on Subway Tracks