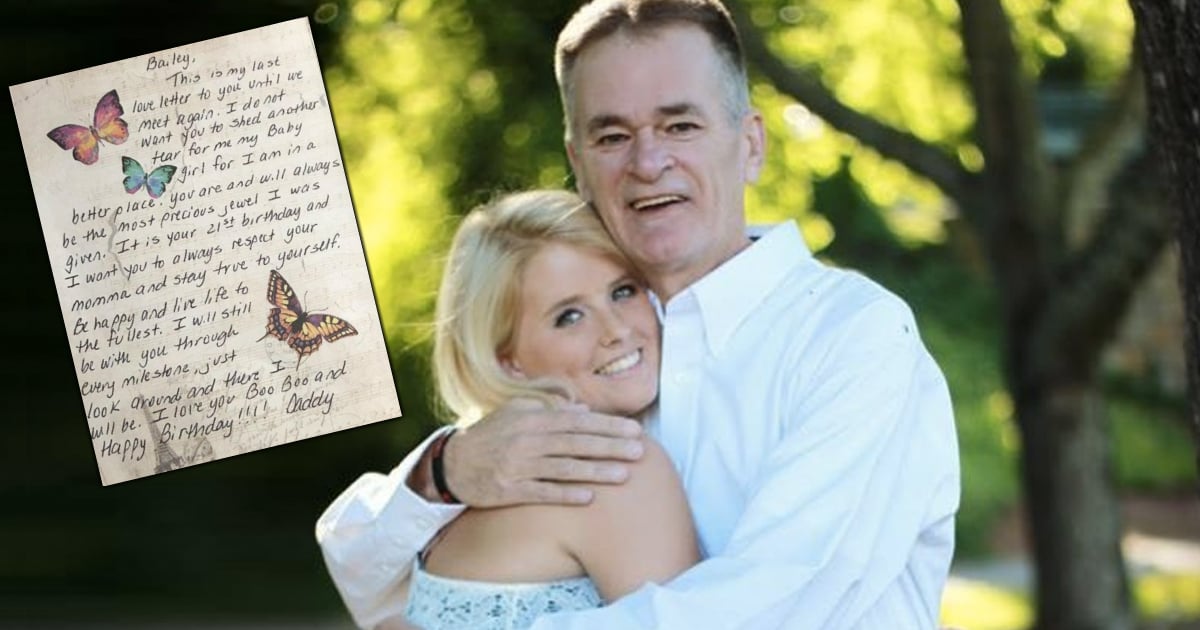 One man is making headlines for his very emotional performance on France’s Got Talent. Florent and his best friend Justin’s performance not only won over the audience but also captivated the hearts of the judges. The dance routine was very unique. Since one half of this duo is paralyzed, the complexity of their performance really shined through.

These two men did something really courageous in their dance routine. They choreographed a piece that spoke to people in wheelchairs all over the world. Their emotional dance really showed the hardships of being paralyzed and the struggle to do everyday activities without assistance. This is an issue many people often overlook, but this emotional routine showed the true pain paralyzed people have to endure in such a beautiful way. 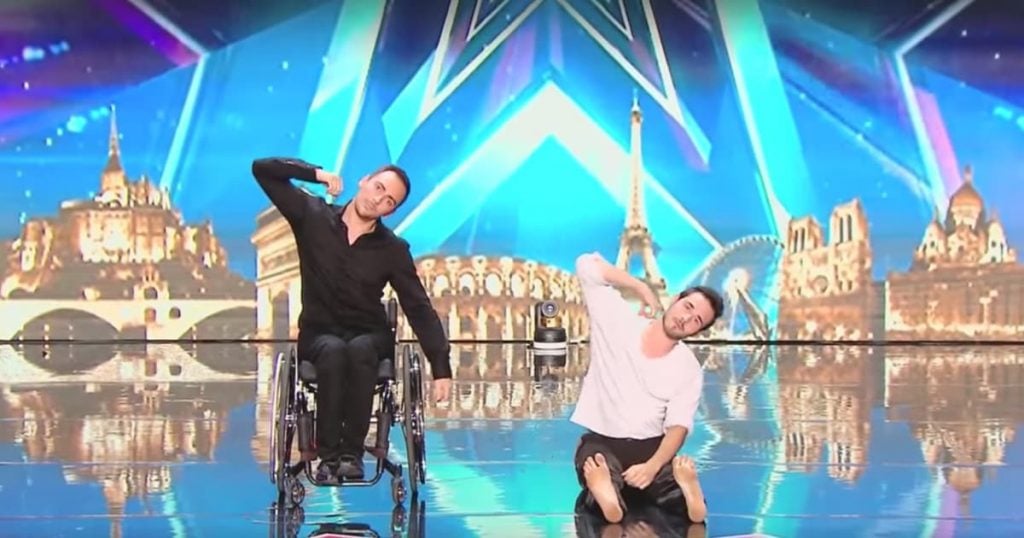 Florent and Justin not only impressed the audience and judges but they also impressed millions of people around the world. Their audition was so moving that they ended up earning the coveted golden buzzer. Receiving this sought-after award allows them to advance straight to the finals. 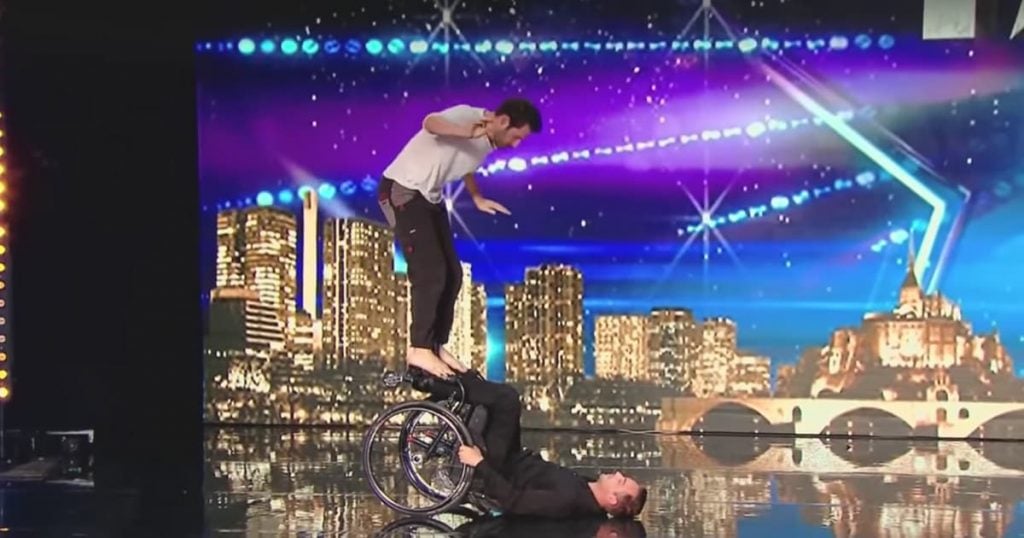 You can see the tears roll down their faces as they watch the judge hit the buzzer. As gold confetti flew down from the ceiling, it was almost impossible for the audience not to get emotional too. What a brave pair of young men! Well done Florent and Justin. You guys will forever go down in history for inspiring paralyzed men and women all over the world to never give up.

YOU MAY ALSO LIKE: Kid Guitarist’s Performance Wows Crowd