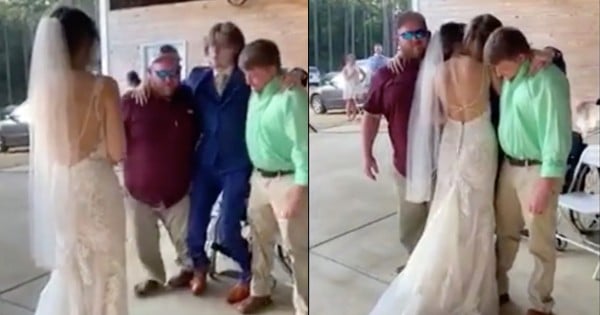 When Perry Charles won the lottery jackpot, he could have kept the earnings all for himself. Instead, he honored a promise he made years ago.

Friends don’t let other friends win the lottery jackpot alone! This is certainly an incredible, God-honoring story of friendship and loyalty. And it all begins when a man wins the lottery.

Perry Charles and Scott Edwards have been life-long friends and co-workers. They became good friends when they both began working at a Winn-Dixie. And the pals both promised that if they ever won the lottery, they would split it.

They didn't know that their lives would be changed decades down the road when Perry stopped in at a Mast Food Mart. He bought a few tickets and couldn't believe what he saw. He had the winning lottery jackpot ticket. While still in shock, he called his best friend Scott and he too was shocked.

Man Wins The Lottery Jackpot And Splits It

Not only did his friend Perry win the lottery, but his friend was also still honoring a promise he had made years ago.

“I was lost for words. I was kind of in shock, too, because to me that’s a lot of money to win. And I know that anything he says is just the truth. So, I knew when he told me that he wasn’t pulling my leg. He’s what you call a true friend. Kinda like family," Scott said.

At the time of this promise, Perry was actually Scott's boss but the title didn't matter, they were good friends. Scott added, “We always talked about if we would hit something big, it didn’t matter if we went in together to get the ticket or if we got it separate, we were gonna share it with each other.”

Perry's sacrifice reminds me of Jesus and how Jesus promised to lay down his life to lift us up. And that's exactly what Perry did for Scott. The pair plan to pay off some debts with the lottery jackpot winnings. What a double blessing, friends that honor promises and help each other out.

YOU MAY ALSO LIKE: Grandma Wins The Lottery And Returns To Store To Honor A Promise She Made To The Clerk

"We know love by this, that he laid down his life for us-and we ought to lay down our lives for one another." 1 John 3:16