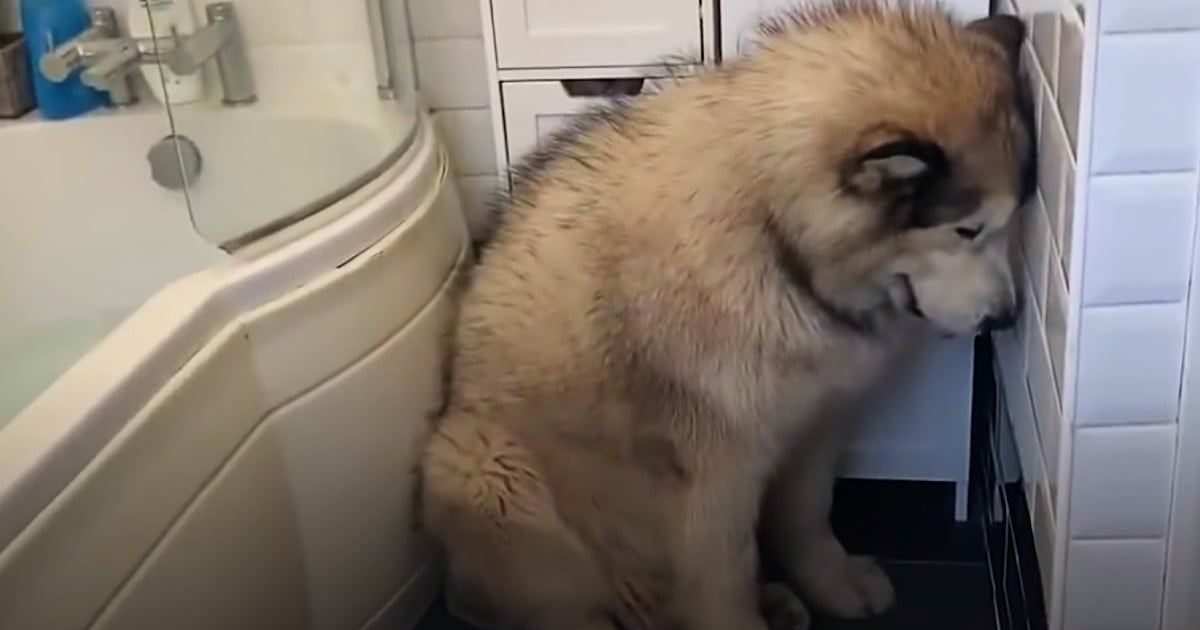 There are lots of dirty jobs in the world, and removing matted fur from a dog is probably one of them. But, thank goodness for Simon the dog, there are people willing to do that very job.

RELATED: Angels Rescue Matted Dog And Her Happy Dance After Grooming Pretty Much Sums It All Up

When Simon was discovered, he was buried in fur that had become long, filthy, twisted, and tangled. In the weeks or months or longer during which Simon had been abandoned or lost, his coat had grown into a heavy, heartbreaking mess. The matted fur on this dog made Simon look like some bizarre creature-anything but the precious, little dog underneath.

Once admitted, two veterinary assistants began shaving Simon. The weight of the matted fur that the dog carried around had caused him to walk differently. The heat of it made Simon pant because it was nearly impossible for his body to maintain a healthy temperature.

The mountain of matted fur on this dog once hid Simon's big black-brown eyes. But now, they became very prominent on his little face. His white and tan coloring became evident.

Simon, now able to move freely, was placed on medical observation for a couple of weeks.

He struggled a bit to re-learn to walk properly. That simple function must have felt so much easier for him with the pounds of matted fur removed from this dog. 11-year-old Simon surely felt like a brand new man, younger and better than he had in a long, long time!

After a bit of recuperation time, Simon got visitors. A couple of adopters came in and hung out with Simon on the dog bed. Simon responded to their petting, scratching, and attention with lots of tail-wagging and snuggling. He was ready for a whole new life.

For however much life Simon, now called Logan, has, he's in good hands. His visitors took him with him and welcomed him into their home.

Sometimes, there are fabulous fresh starts and terrific new beginnings for humans and for dogs. It's so nice that Mr. Simon got one of his own!

YOU MAY ALSO LIKE: Rescuers Find A Dog Covered In Tar And Her Incredible Transformation Is So Inspiring

"He provided redemption for his people; he ordained his covenant forever- holy and awesome is his name." Psalms 111:9

WATCH: Severely Matted Fur On Dog Made It Look Like He Had 6 Legs But Just Wait For His Transformation