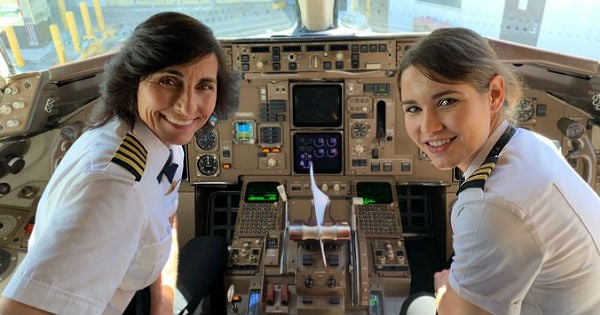 When a mother brought her terrified autistic son to the ER, she was unsure of how the situation would unfold. But when the kindness of a stranger helped out her son and had police officers suddenly singing, she could not have been more grateful.

Ellen Hughes is the mother of 33-year-old Walker Hughes. Walker is autistic and minimally verbal, and he was rushed to the emergency room after a bad reaction from a new medication that he tried last year.

Knowing how hospital visits had gone in the past, Ellen was worried about what was going to happen when they arrived at Loyola University Medical Center in Chicago.

"When he was a little boy, an officer got on his back while he was screaming. And he’s been handcuffed to gurneys in emergency rooms just for having a seizure and being big,” says Ellen. Walker stands tall at 6 feet 3 inches.

While Walker was in the emergency room, continuing to panic while having a bad reaction to his medication, he also ended up biting his mother. “I’m sitting there brokenhearted, scared out of my mind, bleeding, and Walker’s trying to run away,” Ellen recalls. “And I see, like, five guys on him, and all I think is ‘This will not end well. They’re gonna kill him.'”

That's when a friendly stranger stepped in to help. Sgt. Keith Miller is the public safety officer with Loyola University. He saw that Walker was just dealing with something that he did not understand, and he wanted to see what he could do to calm him down. Keith says that he also saw the fear in Ellen's face and wanted to assist her in any way he could.

Ellen retells the game that Keith started to play with Walker whenever he tried to escape the hospital. She explains that Keith would say “Walker gets up! Walker sits down! Walker scoots back! Walker lies down!” And then you said high-fives all around.” Then Keith started singing the theme song to Mister Rogers' Neighborhood and the police officers around him joined in as well. Because of his quick action, Keith was able to calm Walker down even after being terrified just moments before.

Keith was able to offer such great help in this situation because he has been there before. His son is also autistic.

Autistic Son In ER Plays Games With Stranger To Calm Down

"My son is 14. He was 15 months when he was first diagnosed as being autistic," says Keith. "Being a father of a child who has autism, I don’t know what change is going to occur in him. And as parents, we are there to help them deal with their obstacles. If we can’t do it by ourselves, there’s other people out there to help. And I want to be one of those other people."

YOU MAY ALSO LIKE: Little Girl With Autism Movingly Signs Her Favorite Song

It's heartwarming to see parents helping out other parents in their time of need. It's something that we should all strive to do; be there for people when they need a hand. And Ellen is definitely grateful that Keith stepped in with Walker during that day at the hospital.