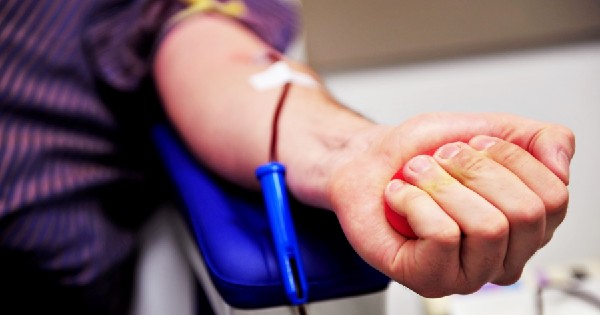 The Truth Behind How One Man Saved 2 Million Babies’ Lives Will Melt Your Heart Into a Puddle.
Read Article »

Kari’s son is precious. I mean just look at that smile! But sometimes the mean things people say wipe that smile from his face. You see he has Down Syndrome. And people often make fun because he looks and acts differently sometimes.

One day the sneers of a group of mean kids wiped the smile off not just his face but his mom’s as well. And like any mother would she spoke up. Kari thought that was how she would help and make it better, by letting herself get a little angry and teach these boys a lesson.

But that day it was her son who truly changed things and opened her eyes forever. This is Kari’s story of ordering pancakes.

My son and I met my mother for breakfast at our favorite diner last week. We had just come from a session with a speech therapist who is teaching us both how to use an augmentative communication application on an iPad. My 7-year-old son has Down syndrome. His talking is progressing but he is not always understood. The hope with this program is that anyone will know what he is saying.

I was telling my mom about the session as he was quickly programming the iPad to say what he wanted for breakfast. When the waitress came to the table he pressed the sentence on the screen even before she asked what we wanted, “I want pancakes.”

“Okay! Pancakes for you!” she said laughing and continued with the rest of the orders.

It was a triumphant moment. For the first time ever, my son had ordered his own meal and was understood. As the three of us sat at the table basking in his moment, I noticed my son’s attention was drawn to the table behind us. First, he was smiling, and then he wasn’t. He was frowning. I looked and saw three teenage boys — maybe 16 or 17 years old — they were taking turns looking at my son and laughing. They were not trying to engage a cute kid in the next booth, they were literally pointing and laughing at a boy with Down syndrome.

I put my arm around my son’s shoulder, “I’ve got this don’t worry.”

I stared at the two facing me until one of them pulled his eyes away from my son and saw me. He blanched and looked down at his plate. I couldn’t hear what he said to the others but their behavior stopped abruptly. They didn’t look at our table once after that.

I decided to put the focus on the offenders rather than my son. I said to him, “They’re jerks. Don’t mind them, Ok?” He nodded and went back to his iPad.

We finished eating and decided to go to the park a couple of blocks away.

At the park, while my son alternated between the slide and the swings, my mom and I sat on one of the benches talking. About 10 minutes later, the three boys showed up at the park.

I’m a believer in signs. My thought was this is an opportunity to use reason instead of intimidation to explain why their behavior was wrong. I waited until my son was completely absorbed with the climbing wall to walk over to them.

The boy who I had engaged with my menacing stare saw me and immediately looked at the ground. I was no longer angry as I approached them. I was in education mode. My tone was neutral and my stand open.

I said, “Hey, I noticed all of you staring at my son in the restaurant earlier.”

The one boy kept his head down. One of the others said, “What are you talking about?”

In a measured tone, I said, “You were all staring at my son and…”

Before I got to say “laughing” the third one walked toward me with his chest out, his chin up and his arms stretched out, “We don’t know what you are talking about, Okay?” he said.

I wanted to say, “Seriously? You make fun of little boys and take on their mothers when it doesn’t go your way? What a man.”

It shocked me. Why the hostility? What had I done other than defend my child from bullies? I saw the one boy’s eyes never left the ground. I walked away confused and disgusted.

When we got home I called my husband shaking with anger. I talked it through with him. My husband said, “Bullies don’t want to be called on their behavior.”

“What if he can’t stand up for himself when we aren’t there?” I asked my husband.

“I guess we have to hope there is someone brave who will.”

After the call, I went to check on our kid. I peeked in his room and found him stretched out on his Captain American bedspread listening to the sentence he had composed on his iPad, “I want pancakes.”

I forgot how this day started. I will try to be like our son and focus on the great thing that happened today instead of the awful thing I fear will happen time and again.