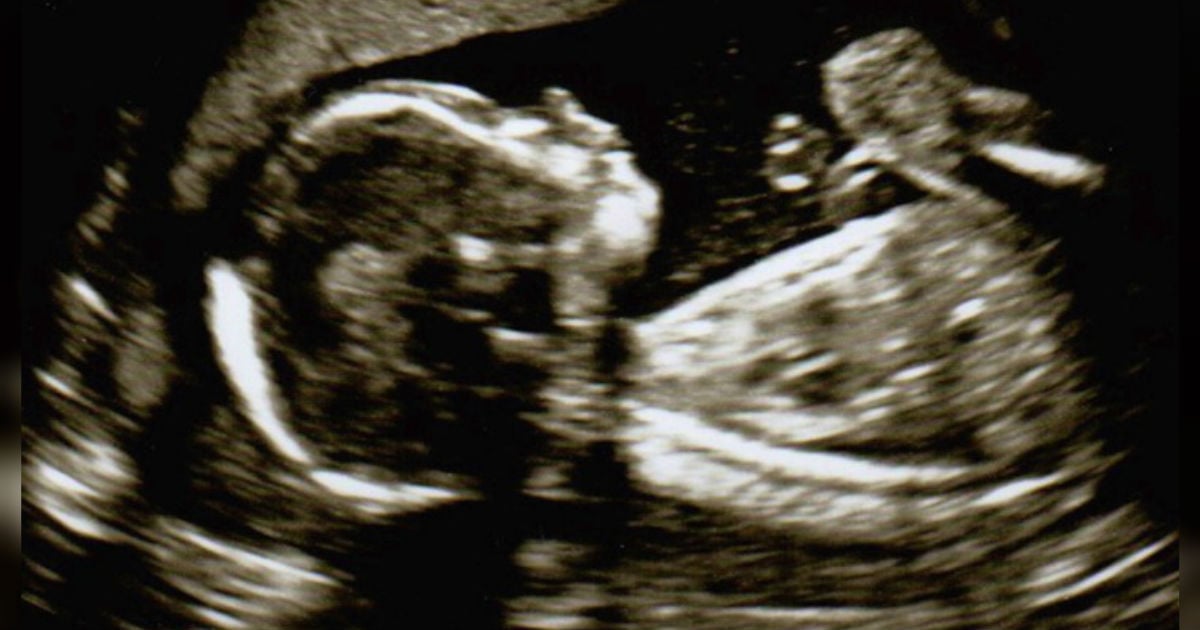 A Mother’s Letter To The Son She Was Never Supposed To Have — POWERFUL!
Read Article »

Life is full of choices. White or wheat? Skim or Whole? Would you like fries with that? These are the choices we can make without batting an eye. But some choices are not so easy. Some choices carry with them the weight of life or death. And that was exactly the type of choice an Australian couple was forced to make. But just when things looked their darkest…that's when God showed up!

Chloe and Rohan Dunstan met and fell in love at a young age. They were married, and in no time had a nice, big family, with three sons aged 1, 2 and 3. It was a dream come true for the happy couple. But there was one more dream they hoped would come true. Chloe loved her boys, but dreamed of adding a little girl to the family.

And then she was blessed with her fourth pregnancy. The couple headed to their 6-week ultrasound brimming with excitement. They were old pros by pregnancy #4, but God had an incredible surprise in store for them. At the ultrasound, instead of one heartbeat, the technician found a second…and then a third! In a matter of minutes, Chloe and Rohan went from being parents of three kids to parents of six!

Though the news came as a shock, the couple was ecstatic and viewed it as a great blessing. They soon learned that of the three expected babies, two were boys and one was a long awaited girl. But they also learned there were complications with the umbilical cord of their baby girl, threatening her life.

And just like that, the couple was faced with the most difficult choice they could have ever imagined. Carrying the pregnancy to term would ensure that the two boys would be born healthy, but their little girl was guaranteed to die. The other option was to induce labor early, but this would put all three babies at risk.

The couple weighed the options over and over. At the end of the day, they couldn't imagine choosing death for one of the babies. Their hearts desire was to bring home all three babies when the time came, and so they took a leap of faith, opting to deliver prematurely despite the risks. Chloe would carry as long as she could, but once her daughter’s life was identified as being in danger, they would induce labor.

While they watched and waited through daily ultrasounds, Chloe and Rohan chose names for their little angels: Henry, Rufus and Pearl. They celebrated each week that Pearl remained healthy, knowing the longer they could wait to induce, the better chance the triplets had at surviving. Friends created the Six Little Dunstans: Our Triplet Journey Facebook page to help fundraise and generate prayers for the family as they waited to see what would happen.

Three days after hitting 28-weeks, officially the third trimester, Chloe gave birth to three beautiful babies. She wrote in a post on the Facebook page:

"Triplets. I can’t believe they’re all mine. I have been blessed beyond belief with my three gorgeous boys at home and now I’ve got three brand new tiny miracles to love. They’re perfect and I’m so happy. My family is complete." 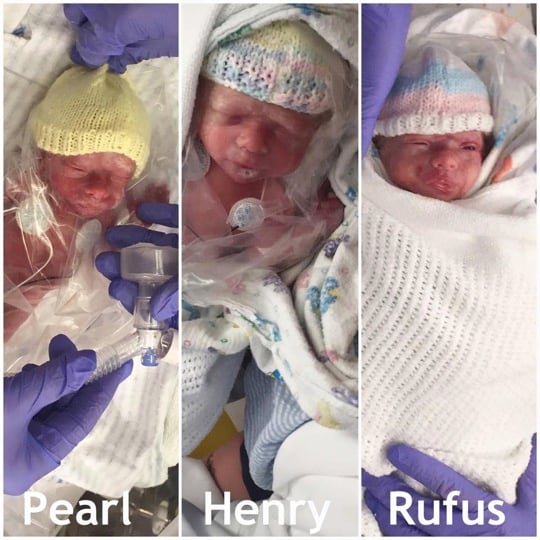 It was an exciting time, but also one fraught with worry. Being born so early, the triplets still had a long road to go, especially little Pearl who weighed less than two pounds at birth.

But God was in control! After weeks in the NICU, Henry in Rufus finally got to go home. Little Pearl fought through several rough days and infections, and followed her brothers home two weeks later. At last, the whole family was together!

The triplets are happy and healthy and continuing to grow. Life is hectic for parents of 6 kids aged 3 and under. But it's an incredibly blessed life, for which these parents are incredibly thankful!

"Behold, children are a heritage from the Lord, the fruit of the womb a reward. Like arrows in the hand of a warrior are the children of one’s youth. Blessed is the man who fills his quiver with them! He shall not be put to shame when he speaks with his enemies in the gate." Psalm 127:3-5

Our God still performs miracles! Read next about an incredible reunion he orchestrated for two long lost sisters!