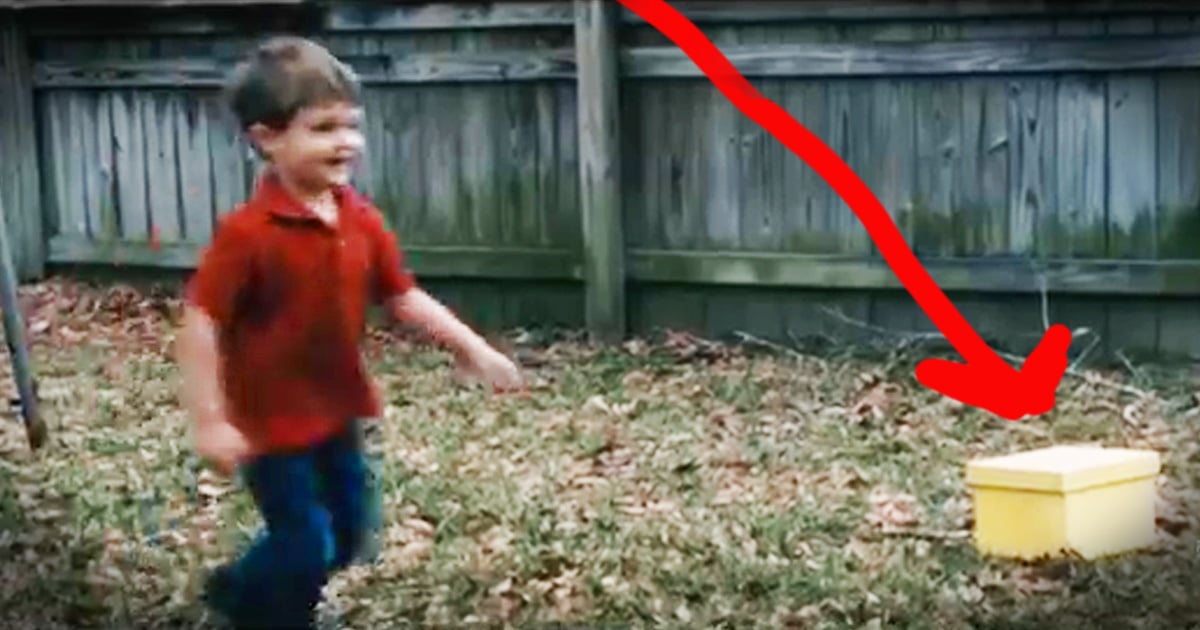 Michelle was grabbing coffee at Starbucks when she couldn’t help but overhear 3 gossiping teens at a nearby table. Their conversation soon had Michelle “crawling out of [her] skin,” as she put it. And what she decided to do about it has us cheering! 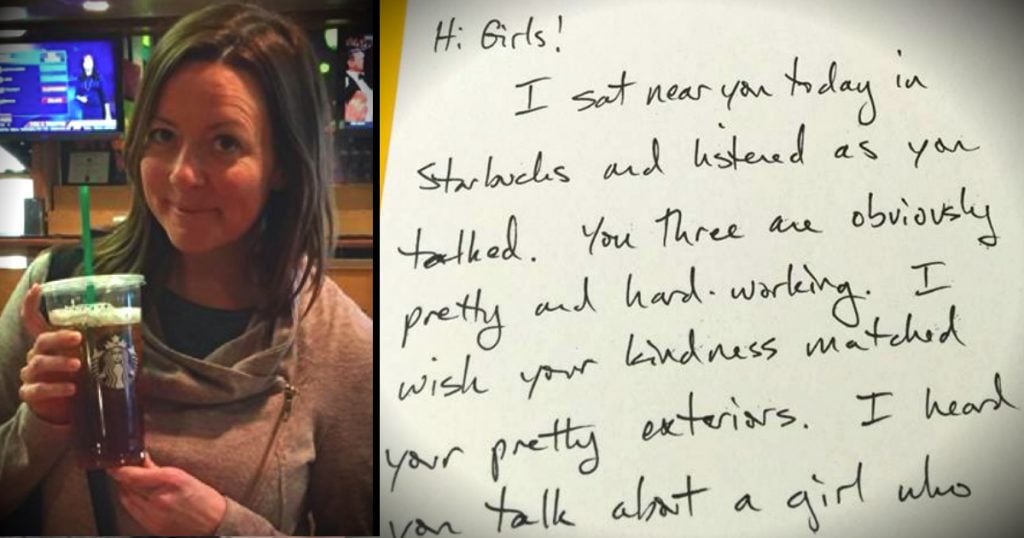 Michelle Icard is a mother of two, as well as a respected parenting expert who specializes in ways to help teens during those difficult middle school years. She’s an author and speaker on the subject, as well as a parenting contributor for the Today Show.

But long before all of that, Michelle was a teenage girl herself. 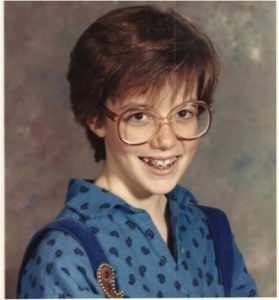 Michelle knows just how important those years are in shaping an individual, and has made it her mission to empower parents and teachers with ways to help make middle school an exciting and positive time for teens.

So, it doesn’t seem coincidental that she was the one who sat down next to those 3 gossiping teens that day. Rather, it sounds like God put the right person in the right place at just the right time! 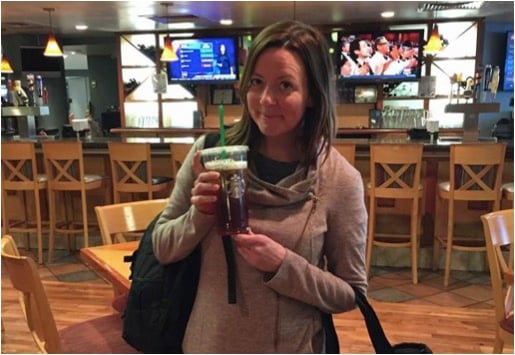 Michelle grew increasingly upset as she listened to the girls’ cruel words. Laughing, they mocked some of their classmates and complained about gifts they’d been given that, in their opinions, weren’t good enough.

Michelle initially deemed their conversation as none of her business, and left the coffee shop. But as she went on about her day, she couldn’t stop thinking about the gossiping girls and the mean things they had said.

RELATED: A mom buys coffee for the women who called her fat

On her way home from grocery shopping, Michelle could see the girls were still at the Starbucks. So, she decided she was going to make an attempt to inspire these young ladies to think twice about their behavior.

Once home, the mom penned a heartfelt note. She returned to the coffee shop, and placed an order for 3 mini frappuccinos to be delivered to the girls after she left. 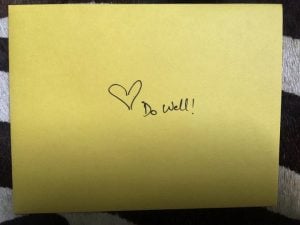 Then, Michelle walked over to their table to deliver her note, saying,

“Hi Girls. You don’t know me but it looks like you’re here studying and I wrote you a note of encouragement.”

RELATED: A stranger left a powerful note for a father having breakfast with his daughter

I sat near you today in Starbucks and listened as you talked. You three are obviously pretty and hard-working. I wish your kindness matched your pretty exteriors. I heard you talk about a girl who sang a song about being lonely in the talent show – and you laughed. About a girl who couldn’t be lead singer because you got all the votes, about crappy presents other people have given you...and you sounded so mean and petty.

You are smart and you are pretty. It would take nothing from you to also be kind.” 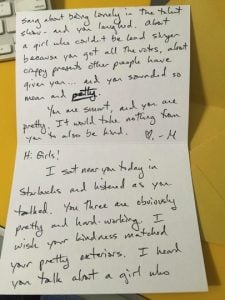 Michelle detailed the situation on her blog and Facebook page, which has been shared by thousands. Though some may argue that she overstepped her bounds, Michelle felt compelled to say something to the gossiping teens, realizing they may never get that feedback from anyone else.

“My best-case scenario is they would all three go, ‘I did not realize how that sounded,’ or ‘Oh my gosh, I feel bad,'” Michelle explains. “That’s best-case, but far-fetched. My best realistic scenario is they laughed it off or thought, ‘What a weird old lady,’ but they went home, and one of them was thinking, ‘I felt a little funny saying that stuff, and now I know why.’ Sometimes, at that age, you go along, but you feel a little guilty,” Icard said. “I hope this causes them to re-evaluate that feeling if they had a little of it.”

We’ll likely never know what kind of impact Michelle’s note had on those 3 girls. But we certainly pray it made at least one of them think twice. And by sharing the encounter, we pray it will encourage all of us to speak life!

“Let no corrupt speech proceed out of your mouth, but such as is good for building up as the need may be, that it may give grace to those who hear.” Ephesians 4:29

See what a stranger did after overhearing a struggling student’s phone conversation! 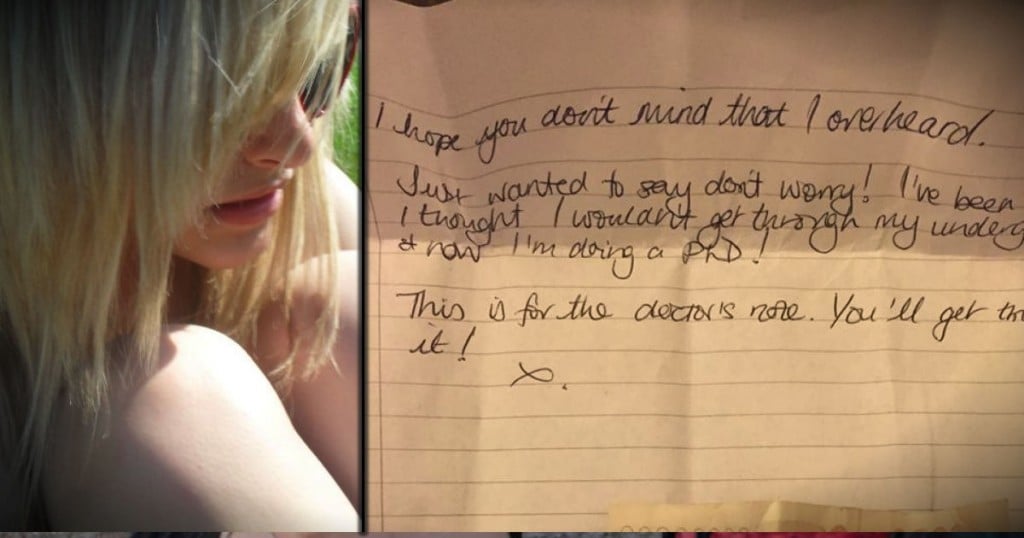