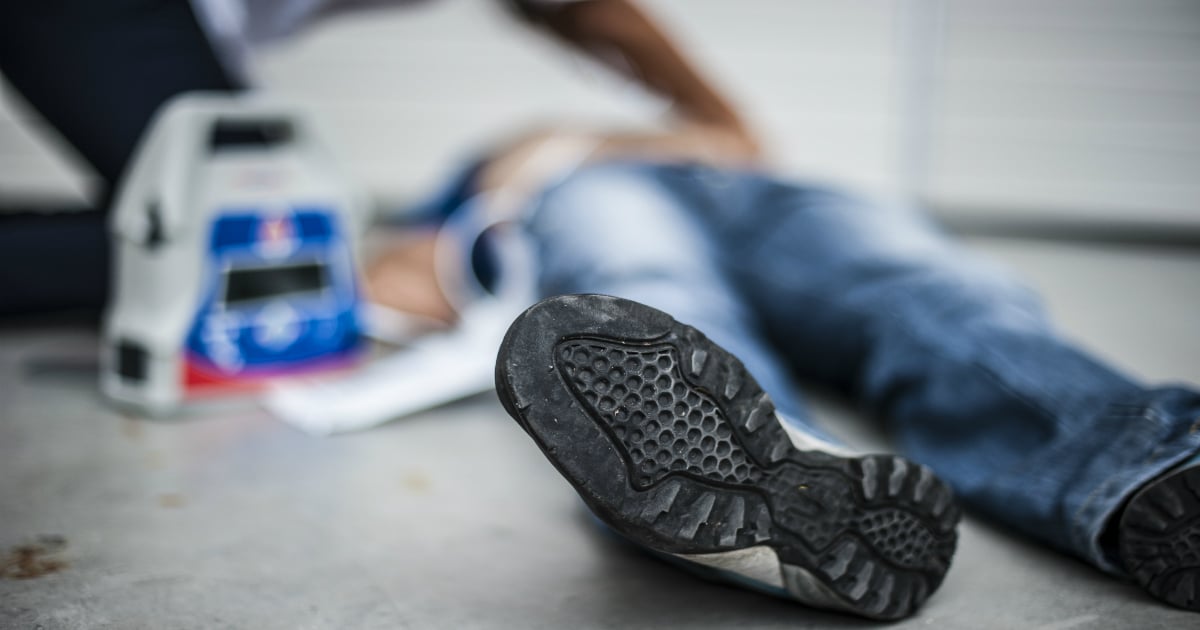 Everybody thought Stephanie Arnold was losing it when the mom predicted her own death. Pregnant with her second child, Stephanie didn’t just know she’d die during her c-section. She saw it in vivid detail. And to everyone’s surprise, the mom’s eerie premonitions came true. Here’s the story of how she lived to tell about it!

In a world bent on hard facts and research, dreams and visions are often dismissed as mere fantasy. But sometimes, God uses visions for a specific purpose. And when Stephanie began receiving clear and distinct premonitions about her death, it was actually so she could save her life. And her true story, while bizarre, is also incredibly inspirational!

RELATED: Divine Vision Changes Everything For A Teen Paralyzed In Car Crash

Mom Predicted Her Own Death While Pregnant

During her second pregnancy, Stephanie suddenly started having vivid and frightening premonitions. From them, she knew she was going to die during childbirth. And she even knew specific details about her death. 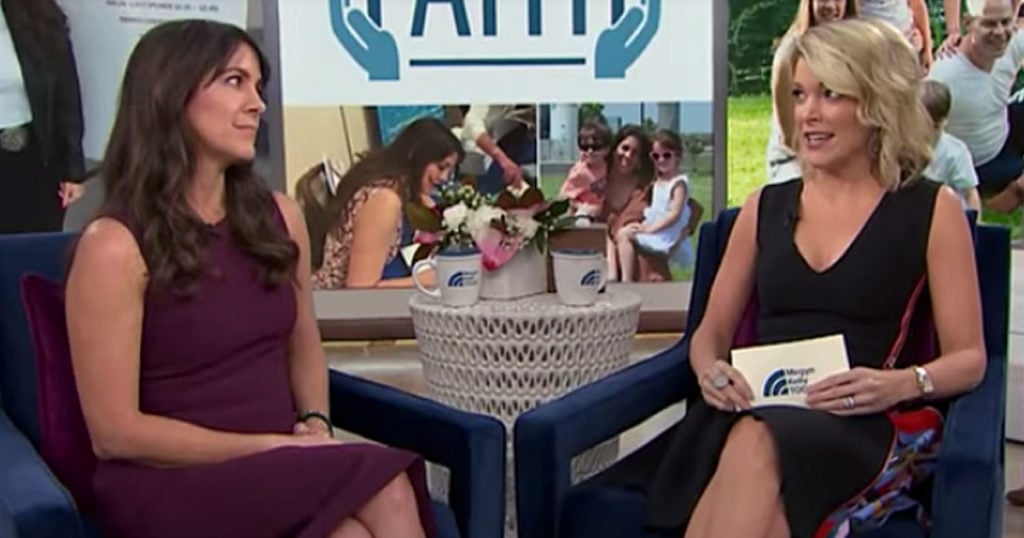 Stephanie had given birth before and had already been through a c-section. So, she knew this wasn’t a case of nerves over the unknown. Something else was going on — something she couldn’t explain.

The visions had her so convinced, she started telling everyone about her impending death. They all brushed her fears off, including her husband, and even started worrying about the mom’s mental state.

Still, Stephanie kept sharing her premonitions with everyone, including medical staff. And through that, God led her to the right person!

Preparing For The Worst

Stephanie remained vocal about her concerns. She talked to friends and family, as well as her doctors and nurses. She even went so far as to call up the anesthesiologist who was lined up to put her under for the scheduled c-section.

For what probably felt like the thousandth time, Stephanie explained to the anesthesiologist the horrible things she knew were coming. Like all the other medical staff, the technician replied to her concerns by explaining the procedure, assuring Stephanie that she’d be just fine.

From Stephanie’s end, this call felt like all the others. Another person dismissing her visions and fears as an overly-anxious, hormonal pregnant woman. But this time, something was different.

After hanging up with Stephanie, something didn’t sit right with the anesthesiologist. Even though Stephanie’s predictions sounded so far-fetched, this doctor decided to take some extra precautions.

“After we hung up, feeling like she didn’t help me, she flagged my file and incorporated extra blood in a crash cart in the operating room,” Stephanie said.

Of course, we now know the anesthesiologist’s feeling that “something wasn’t quite right” was a prompting from the Holy Spirit. Because those extra precautions added after the call with Stephanie, ended up saving the mom’s life!

Mom Predicted Her Own Death And It Saved Her Life

When the day of Stephanie’s c-section arrived, she knew all of her visions were about to come true. Still, no one believed her.

Stephanie gave birth that day to her son Jacob. He came into this world healthy. And moments after his arrival, Stephanie flatlined. 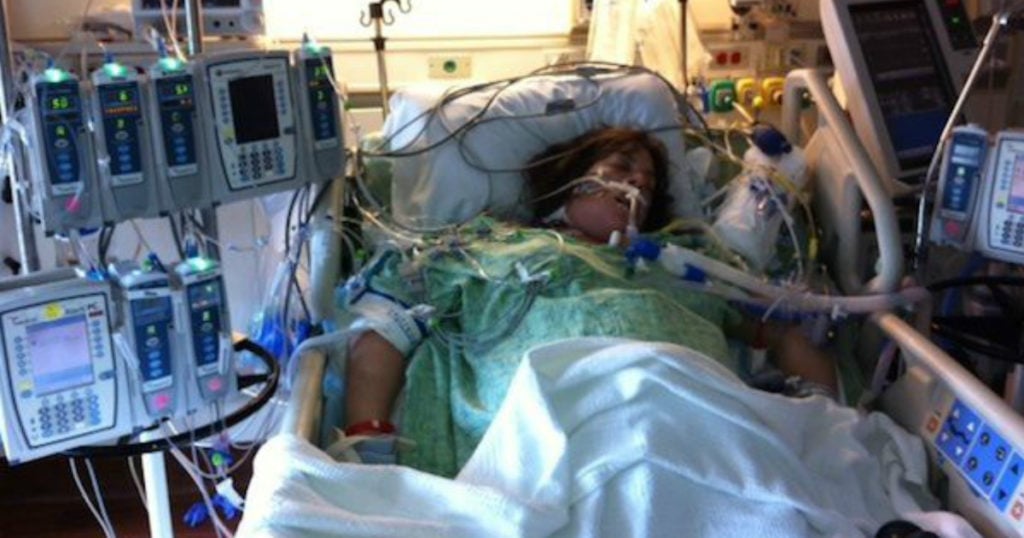 Just as she’d predicted, Stephanie died on the operating table. She suffered an amniotic fluid embolism, a rare and often fatal condition where amniotic cells get into the mother’s bloodstream. If the mom happens to be allergic, her body goes into a type of anaphylaxis.

This is what was happening to Stephanie. After flatlining, the next phase of the reaction was Stephanie’s body going into DIC — the body’s inability to clot blood.

“If you don’t have the tools for the crash cart. . . you’re not going to make it,” Stephanie explained.

This is when the extra blood added by the anesthesiologist after talking to Stephanie became crucial.

Stephanie had no heartbeat for 37 seconds. But thanks to having the extra blood on hand, she survived. Everything played out just as she’d seen in her premonitions, right down to having a hysterectomy. And had she not listened to and been so vocal about her visions, she’d never have lived to tell about it.

The experience saved, but also transformed Stephanie’s life. And she encourages everyone to pay attention to their intuition.

“I am not the same person I was before all of this happened,” she explains on her blog. “I care more about the little things — I celebrate my new insight and believe that everyone should listen to themselves no matter how crazy they think they may sound. If you sense something, say something. The forces that saved my life have blessed me. I no longer wonder whether my premonitions were the work of divine intervention. I know they were.”

God works in mysterious ways and clearly, Stephanie’s visions had a very important purpose. Without them, the hospital staff would never have been prepared and she wouldn’t have survived.

What an incredible real-life story!

WATCH: Mom Predicted Her Own Death And Survived Because Of It

YOU MAY ALSO LIKE: God Gave Man A Life-Changing Vision Of His Daughter When He Was Just a Boy