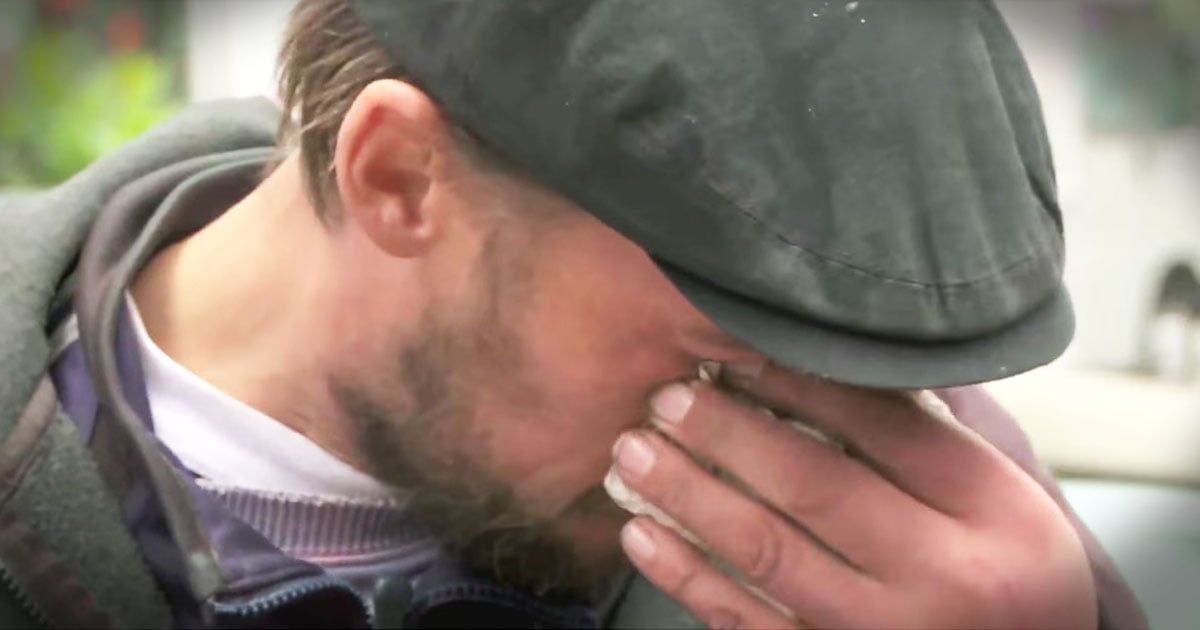 Homeless Man Surprised By $1000 For His Kindness
Read Article »

Halloween was on the way, so Jen Kroll started flipping through the circulars to get costume ideas for her daughter. When she came to this Target ad, she let out a shriek. Not because the Halloween ad was too spooky. Not even because kids in costumes were so cute. She was squealing for a completely different reason altogether. 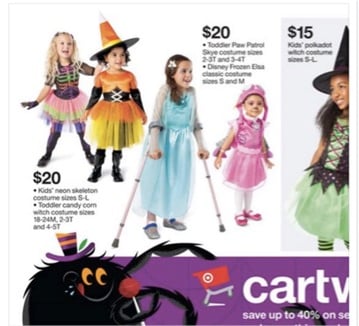 Jen's shriek was one of excitement. And it came because she saw a little girl with braces and arm crutches in the ad. It would go unnoticed by some. Others might pause and think, "that's nice." But to Jen, who's daughter had prosthetic legs and wore the same arm crutches, it was huge, and she stood in her kitchen smiling and crying all at the same time.

She was so touched, she shared the ad on Facebook and said the following:

I love you. Thank you for including a child with braces and arm crutches into your advertising campaign! And as Elsa, no less! My daugher (with arm crutches and prosthetic legs) is going to FLIP when she sees this! Including children with special needs into advertising makes them less of a spectacle to the general public when they venture out into the real world. Normalizing disabilities in children is PRICELESS."

Seeing this ad was so special because of all Jen's daughter, Jerrensia had already had to endure by the age of 5. She came to the Kroll family from Haiti when she was only 14 months old. She suffered from a condition that caused major issues with her joints. Jen says,

"Specifically, her hip sockets never formed properly, [her] knees were locked at a 90 degree angle, [her] feet were clubbed, and she lacked nearly all muscle tone in her legs.”

Jerrensia spent two years in rigorous physical therapy and some other treatments, but without the desired results. It finally came down to the difficult decision to amputate both of her legs through the knees. This would at least allow Jerrensia more mobility and keep her from being constrained to a wheelchair. The prosthetics and arm braces allow her to walk, run and overall live the normal life of a 5-year-old.

The physical challenges were tough. But the biggest challenge was how she was treated by others. Jen just wishes for her daughter to be accepted and not treated differently than other kids. She talked about one particularly awful experience at the zoo, where a group of children circled around Jerrensia pointing and teasing her because of her legs.

And that's exactly why the Target ad meant so much to Jen. People stare, point and treat Jerrensia differently because to them she is different. But by including special needs children into mainstream ads, it helps to familiarize others with different conditions that exist and remove the sense of spectacle when a special needs individual is encountered in the real world. Jen says,

"In mainstream culture, perfection is valued,” she said. Special needs families exist in a subculture. The challenges we face are shared with those who understand them. And we’re virtually invisible to the outside world.”

When Jen showed the ad to the family, she says everyone was thrilled. One of her kids pointed, saying "Look at Elsa! She has crutches just like you!” And Jerrensia absolutely beamed as she said, "Wow! Just like me!"

Hearing those words come from Jerrensia surely had Jen tearing up again. And she's definitely not alone.

Now, find some encouragement in these bible verses!