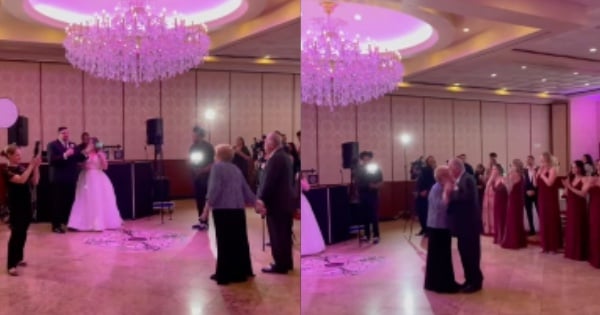 One heartwarming mother and daughter reunion happened after 80 years apart, and it even occurred on the mother's 98th birthday!

RELATED: 3 Brothers Long To Be Adopted By Same Family And Their Plea Hits Right In The Heart

Gerda Cole was an 18-year-old Jewish refugee at the height of WWII when she gave up her baby girl for adoption. And when Sonya Grist, Gerda's daughter, found out about her birth mother, she flew from England to Canada to reunite with her. And the two saw each other for the first time in 80 years on Gerda' 98th birthday! How special!

“I’m shaking,” Sonya said right before seeing her mother for the first time. “Just over a year ago I didn’t know that my mother was still alive. I knew very little. I still don’t know much and there’s a thousand questions I’ve got to ask her. But I don’t want to bombard her.”

When the two were reunited, it was such an emotional moment.

“Eighty years old,” Gerda said as she looked into her daughter's eyes. “Don’t emphasize my age," Sonya replied in a joking manner.

“When I heard, I just couldn’t believe it,” said Gerda. “This must be ... a miracle. It means so much to be able to live to see this moment.”

Mother And Daughter Reunion After 80 Years Apart Is So Touching

Sonya flew to Canada with her son, Stephen Grist, to see Gerda at Revera Kennedy Lodge Long Term Care Home, where Gerda lived. The plan for their reunion was in the works for several months after they found out about each other.

Stephen was the one to find out about Gerda when he was going through his family lineage. And he was shocked when she learned that his mom's birth mother was still alive.

"That’s just blown my mind,” Stephen said. “The idea that her mother was still alive and she would have the opportunity to meet her was so exciting it just threw us all for a loop. When I told my mother that [Gerda] was still alive, she just said, ‘I want to get on an airplane to Canada right now and give her a big hug,'” he said.

Gerda shared that her economic situation in 1942 was the reason why she had to give up her newborn daughter for adoption.

“I had very limited personal education, and this, combined with wartime, left me no recourse but to have Sonya adopted under the advice of the refuge committee,” she said. “The condition was not to have any further connection with the child.”

YOU MAY ALSO LIKE: Pilot Has Medical Emergency 9500 Feet in the Air So Passenger Steps in to Try Landing the Plane

Thankfully, after many decades apart, the mother and daughter were able to find one another and be reunited after all this time. What an incredible moment this must have been for Gerda and Sonya!