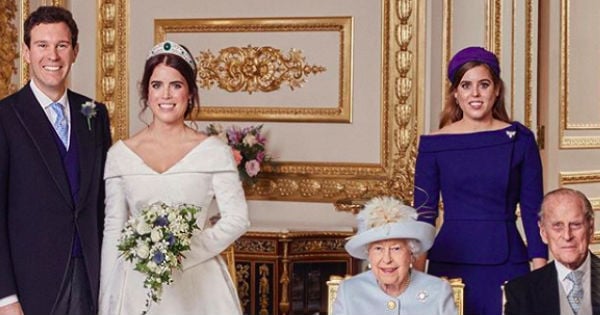 After multiple IVF attempts, Matt and Kristal Hernandez finally heard the words they were desperate to hear. They were pregnant! Not only was Kristal having one baby, she was going to become a mother of twins!

"My husband turned white as a sheet while I just smiled. Deep down, this is how I knew it would turn out," Kristal said. But what she didn't foresee was a complicated pregnancy and birth story. Because of a medical issue, Kristal went into labor prematurely, but God's hand was upon her pregnancy. She managed to continue her pregnancy until the twins were born six weeks early.

This is when things seemed to take a turn for the worse. The medical team had attempted four different times to administer an epidural which made Kristal so sick that she didn't know what was happening. She was barely aware of the birth.

"I had a severe reaction to the medication and was vomiting the entire procedure. It was such an out-of-body experience to know important events are happening around you and not being mentally present. My body had turned into a science experiment I literally had no control over," she commented.

For the next 24 hours of her daughters' lives, Kristal was in and out of consciousness and incoherent. She then woke up to the most unexpected encounter. Still very weak, she was wheeled to the NICU to see her daughters for the first time. A nurse named Sarah came to speak to Kristal about her daughter Ariel because Matt didn't know how to tell her that something was wrong. In that moment, she learned that her baby girl Ariel has down syndrome.

Mother Worries About The Future Of Her Daughter With Down Syndrome

Unsure of what kind of life her daughter would have, Kristal stayed awake that night to research the kinds of jobs her daughter could have. She wondered and worried if the syndrome would limit her daughter's future. She was in this fearful state when someone mentioned she could give her child up for adoption. Kristal said that was the moment she went from being a woman who had just birthed two human beings to becoming a mom. In that one moment fear faded and faith grew in its place.

"From that moment forward, all appointments, all obstacles, and all milestones were attacked with the intent to overcome and make sure she has the life she deserves," she said.

Today, Ariel is a thriving toddler with a modeling career! Kristal wanted her daughter to have something of her own, to be empowered, and to feel confident. As it turns out, Ariel loves being in front of the camera. This little girl not only overcame the odds of a complicated birth, but she is changing the world one smile at a time for the Down Syndrome community.

I praise you because I am fearfully and wonderfully made; your works are wonderful, I know that full well.
– Psalm 139:14