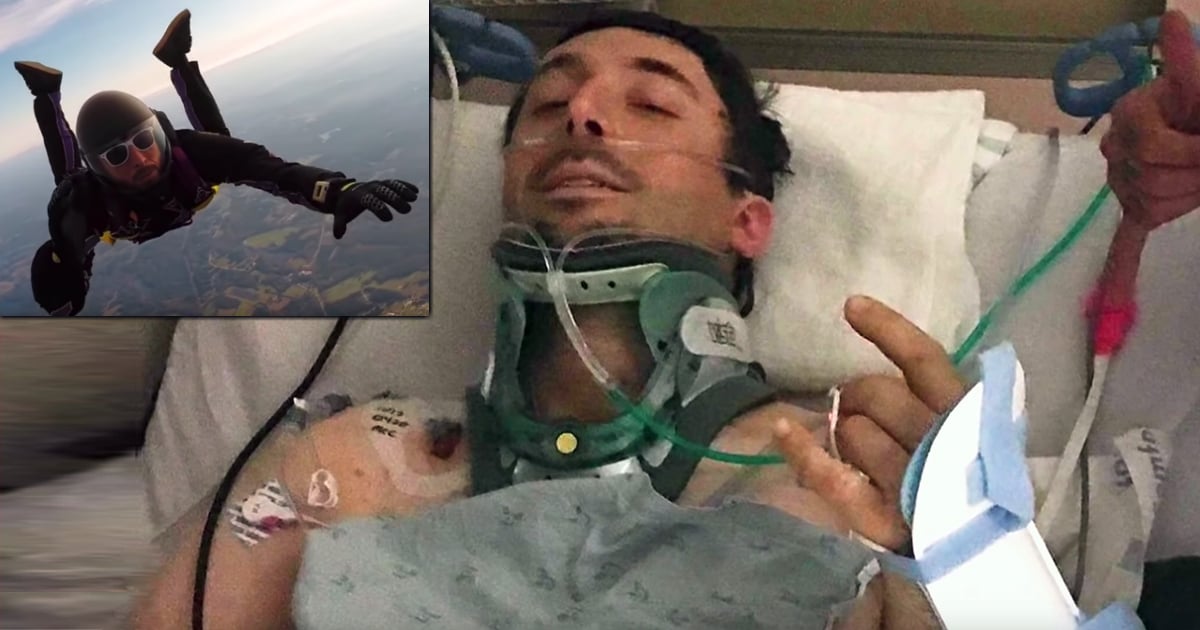 A tragic Navy SEAL training accident left David Charbonnet paralyzed from the waist down and seriously doubting his faith for the first time. But here’s the truly inspirational story of how God is using David’s accident and a group of military “geezers” from Beyond the Teams to help others in ways no one could have ever imagined!

David Charbonnet grew up in a Christian home following Jesus. His dad, Mike Charbonnet, was a retired Navy SEAL and pastor.

Accepting Christ at a young age, David was ready to serve his country, just like his dad. He enlisted in the Navy SEAL program and things were going well.

It’s a mindset so many Christians fall into. But Jesus warned that following him would be anything but easy (John 15:18-25).

As David would soon learn, Jesus doesn’t keep the storms away. But He will see us through them.

Things were going really well. David was meeting all of the Navy SEAL training requirements with ease.

“I thought, ‘Wow. I found what I’m supposed to be doing — I found God’s purpose for me’,” David recalls.

And he was still doing all the “right” things — reading his Bible, sharing the Gospel with others, etc.

With his Navy SEAL training going so well, in 2011, David and some friends went skydiving right before his first deployment. But something went wrong with David’s parachute on the second jump.

The 80-foot fall broke David’s back and left him paralyzed from the waist down. His dreams of serving as a Navy SEAL were suddenly over. And it left David doubting everything he believed about God’s will.

“I started to wonder if God really did have my back — maybe there isn’t any real order or purpose for me in this world,” he said. “I really started, for the first time in my life, to question my faith.”

By far, David Charbonnet said this was the biggest trial he’s ever faced. But even in this dark time, God soon revealed He had never left David’s side!

Finding Jesus In The Storm

As David wrestled with his faith, his future wife, Janet, kept reminding him of God’s truth.

“Even if you don’t really know that God loves you and has a plan for you, He does,” she told him.

That powerful reminder stayed with David. And it’s one that applies to us all.

Oftentimes, we make the mistake of thinking a “good Christian” should never experience doubt, hurt, and questioning. But having faith doesn’t mean we can’t have those feelings, that’s we can’t be weak. It means making the choice to say, “I trust you God,” in spite of those feelings.

That’s what David did. In his darkest time of weakness and doubt, he made the choice to keep leaning into God’s word.

And that’s when a Bible verse revealed God’s purpose to David.

2 Corinthians 12:9 says, “‘My grace is sufficient for you. My power is made perfect in weakness.’ Therefore I will boast all the more gladly about my weakness, so that Christ’s power may rest on me.”

God wasn’t blind to David’s suffering. He was using it for something bigger. David realized God didn’t him to be the best Navy SEAL to use him.

“Now, I am by any measure, weaker,” David says. “And God is using that for His purpose.”

After his accident, David received treatment and rehabilitation at the VIP NeuroRehabilitation Center in San Diego. It’s a clinic dedicated to helping disabled military, veterans, children, and others who’ve suffered brain or spinal cord injuries or other debilitating conditions like stroke, multiple sclerosis, and cerebral palsy.

This safe haven and its dedicated staff was a God-send for David during the darkest time in his life. Not only did they help with his physical recovery, but they helped bring hope and joy back into his life.

“It made a huge impact on me during a super-difficult time,” David Charbonnet said.

The VIP meant a lot to David. But it turns out God sent him there for more than just healing.

This non-profit organization was failing financially. They begged the former Navy SEAL to take over as president of VIP.

Though David didn’t exactly feel qualified, he loved the center too much to say no. He took the job and recruited his wife to help him, too. And they both do the work without pay.

David and his wife, Janet, continue to serve at VIP today, where David is a huge inspiration to those around him.

"Watching day to day how hard he would work with all the nerve pain that I know he goes through from his injury, gave me no excuses not to strive to work as hard as he does," fellow VIP board member, Dana Moore, said.

God’s Plan For Beyond The Teams

David Charbonnet’s journey inspired his family, too, including his dad, Mike Charbonnet.

In 2018, Mike decided to raised funds for the VIP by riding his bike from San Francisco to San Diego. But he never expected that trip to lead him to start his own non-profit.

When telling his buddies at the 40th-anniversary reunion of his Navy SEAL training class about the ride, several said they wanted to do it, too. And that’s how Beyond the Teams was born.

Comprised of Mike Charbonnet and four other former Navy SEALs, the group’s focus is on raising funds for “unsung heroes facing physical disabilities and cultural disadvantages.”

These five grandfathers might be “many years older and a few steps slower” from their Navy SEAL days, but they still have what it takes to get the job done. In fact, Mike says it reminds him of the movie with Clint Eastwood and Tommy Lee Jones, “Space Cowboys”, when they all get together.

“It’s these geezers, trying to get together to pull something off,” he says.

Beyond The Teams Mission To Support VIP

Now, these military “geezers” of Beyond the Teams will complete a 1,000-mile bicycle ride down the East Coast from October 29 to November 9. The ride will support the VIP NeuroRehabilitation Center so they can continue to be a light to those experiencing a dark time, just as they did for Mike’s son, David Charbonnet.

“We have a lot of equipment you can’t find anywhere else in [the] area,” he said, explaining patients fly in from all over the world.

And for David, having the support from his father and the retired Navy SEALs is just another incredible part of God’s bigger plan.

“I’ve heard stories about them [Mike’s SEAL team] since I was a little kid. Those stories inspired me to be a SEAL myself,” David explained. “To have them come full circle to get behind this clinic trying to help people that are in need, together as a team, with my dad and with me, it means a lot. I can’t express how humbled I am.”

You can learn more about the ride and offer your support by visiting Beyond The Teams. And please be praying for this “mission” and all those involved.

What a powerful testimony! David Charbonnet’s life looks nothing like he imagined. But it just goes to show how much greater God’s plans are than our own!

h/t: Beyond the Teams