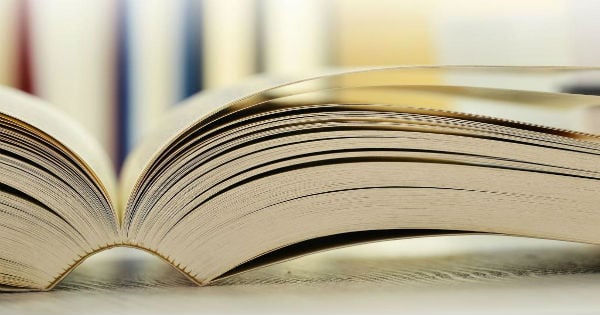 These Teens Are Making A Big Difference For Little Kids! See Why Their Moms Are In Tears With Pride.
Read Article »

Love is in the air!

Jo Ann Somerville had resigned herself to being single forever. Although she previously had been married for almost 24 years. Her favorite phrase was, â€˜Iâ€™m done, done, done looking for the perfect man.â€™

After moving to The Villages in Lady Lake, Florida in November 2013, she found a job working at the Rustic Rose gift shop and settled into her new life. Little did she know that she would meet the man of her dreams in a short few months.

Meanwhile, Rick Wittler, a man in his mid sixties had also recently moved to The Villages, divorced and alone. The Villages proved to be relaxing, beautiful and therapeutic, so Wittler settled into a rental home. He was determined to never have a relationship with another woman.

Wittler made his way over to the Rustic Rose to make a purchase for his home. Spotting some dishes that he liked, he spoke to Rosalyn, the storeâ€™s owner. Wittler made it clear that he lived alone and that he would only need two plates. Rosalyn said, â€œyouâ€™re single?â€ You need to meet Jo Ann!â€

Several other employees chimed in, agreeing that the two would make a perfect couple. Embarrassed and a little skeptical, Wittler agreed to stop by the store in the future to meet the mysterious Jo Ann.

The following Friday, which was Wittlerâ€™s 65th birthday, he decided to go back to the Rustic Rose and was promptly greeted by Rosalyn. She brought out her laptop to show Wittler Jo Annâ€™s Facebook photo.

While the picture was small, he could see that she was very pretty. Rosalyn informed him that Jo Ann would be working the next day, and that he should stop by.

The next day, September 6th, he returned to the shop and found Rosalyn standing near the counter. Excited, Rosalyn asked him if he was ready to meet Jo Ann and walked him over to where she was fiddling with something.

â€œI was so nervous, after 24 years on my own, so I was pretending to wind up the music boxes,â€ Somerville said.

â€œJo Ann, I would like you to meet my friend, Rick,â€ Rosalyn said.

The two talked for a few minutes, with Wittler feeling flustered by her beauty and thinking, â€œI really would like to get to know her.â€

There was an immediate connection between the two and Wittler asked if he could come back another day to continue their conversation when the store wasnâ€™t so busy.

Somerville responded saying that her shift ended by 1pm and invited Rick to grab some lunch with her. Wittler immediately said, â€œyesâ€ and the two have been together ever since.

After just two short days, Wittler was convinced he was falling madly in love with Jo Ann and he believed she felt the same way.

Ever wonder what God has planned for you? It’s bigger and greater than you can imagine! Jeremiah 29:11 says it all.

During their 4th date, Wittler was overcome with a very strong sense that he needed to tell her how he felt. Believing that divine guidance was leading him, he told Somerville, â€œI am head over heels in love with you.â€

After a short time in stunned disbelief, a tearful Somerville said that she was feeling the same for him.

â€œIf I were one to have a checklist for the perfect man, Rick would be it!â€

Somerville had plans to fly to Utah for her oldest sonâ€™s wedding but hated to leave after growing so close to Rick. Throughout the week, they texted and talked several times a day. Somerville didnâ€™t know but Wittler was looking at engagement rings while she was away.

During her brief trip away, Wittler also closed on a home he purchased and began decorating immediately to surprise Jo Ann with a home cooked dinner upon her return.

Upon her return, both Jo Ann and Rick professed their love for each other. It was at that moment that Wittler felt an intense feeling as if his guardian angel were urging him on, and he told Jo Ann to sit on the couch because he had something to say.

â€œAn incredible peace came over me,â€ Rick said. We had become very close and had been discussing things that would take us far into the future. Rick then said, â€œI would be the happiest man on earth if I could do all of these things with you as your husbandâ€¦Will you marry me?â€

After a moment of silence, bursts of â€œOh my goodnessâ€ and some tears, Jo Ann said, â€œyesâ€ but with the condition that her two sons would come meet Rick and give her their blessing.

Jo Annâ€™s son, Jason flew from California to meet Rick and the two men hit it off right away and Jason quickly gave his mom his blessing. Her second son, Scott, came in from Ohio and did the same.

The rest, Rick says, is history. While some friends were shocked at the sudden engagement, they are all in agreement that their relationship was meant to be.

Rick doesnâ€™t believe meeting Jo Ann was the result of a random event. He feels divine intervention played a large role in their relationship and that a gift graciously given should be graciously received.

We both cannot believe that this magical, romantic event has blossomed at their age and they feel blessed and are grateful for every moment shared. 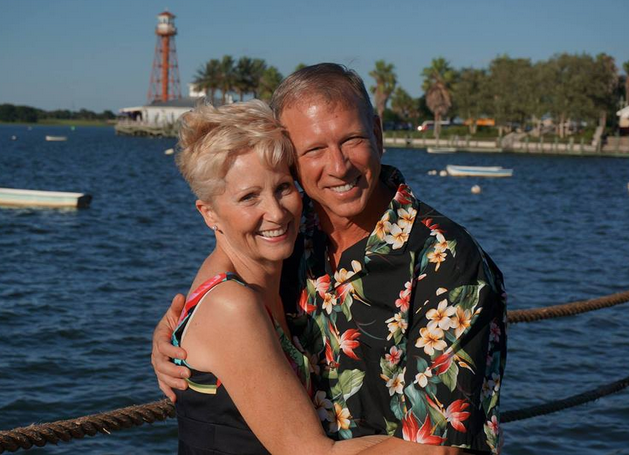