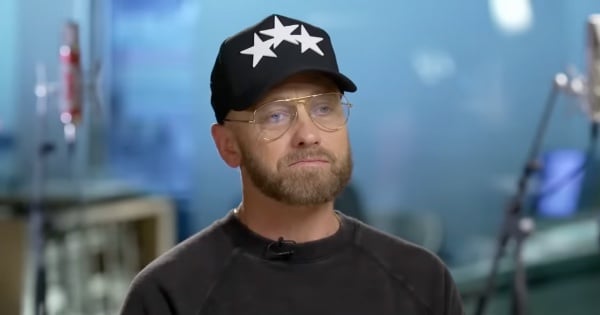 For The First Time, TobyMac Talks About His Son And The Fatal Mistake That Took His Life
Read Article »

Born Princess Elizabeth Alexandra Mary on May 29, 1926, Elizabeth married her husband, His Royal Highness Prince Philip, Duke of Edinburg, while still a princess on November 20, 1947.

RELATED: Story Behind the Secret Inscription Only 3 People Know on Wedding Ring of Queen Elizabeth

Elizabeth became Queen after her father, King George VI, died of lung cancer in 1952. Her coronation took place the following year and at age 25, a young Queen Elizabeth II was crowned on June 2, 1953, at Westminster Abbey.

Queen Elizabeth II reigned for more than 70 years, making her the longest-sitting monarch in British history.

The Queen died peacefully at Balmoral this afternoon.

The King and The Queen Consort will remain at Balmoral this evening and will return to London tomorrow. pic.twitter.com/VfxpXro22W

Queen Elizabeth II is remembered for honoring her promise of devotion to the crown and to the people of England, which she made during a speech on her 21st birthday.

"I declare before you all that my whole life, whether it be long or short, shall be devoted to your service.”

‘I declare before you all that my whole life whether it be long or short shall be devoted to your service.’

On her twenty-first birthday, in a speech broadcast on the radio from Cape Town, The Queen (then Princess Elizabeth) dedicated her life to the service of the Commonwealth. pic.twitter.com/0URU2tEPj8

But perhaps even more impressive than the Queen’s devotion to the land she ruled was her devotion to her Lord and Savior.

The Faith Of Queen Elizabeth II

As the head of the Church of England, faith played an integral role in Queen Elizabeth II’s role and life.

“The Queen is ‘deeply religious’,” noted Royal Family historian Robert Lacey and, “Her Christian faith is fundamental to her, in an old-time evangelical way.”

In fact, she developed a special friendship with the great Evangelical Preacher Billy Graham.

“Her official position has prevented her from openly endorsing our Crusade meetings.” Billy wrote in his autobiography Just As I Am. “But by welcoming us and having me preach on several occasions to the royal family at Windsor and Sandringham, she has gone out of her way to be quietly supportive of our mission.”

And the Queen herself spoke out about her relationship with Jesus and how it shaped her life.

"For me, the teachings of Christ and my own personal accountability before God provide a framework in which I try to lead my life," she said in her Christmas Broadcast in 2000. "I, like so many of you, have drawn great comfort in difficult times from Christ's words and example."

This reliance on her faith undoubtedly allowed her Majesty to weather many storms over her 70-year reign.

The Health Of Queen Elizabeth II

News about the declining health of Queen Elizabeth II first broke the morning of September 8, 2022. Doctors showed up at Balmoral Castle, the Queen’s estate in the Scottish Highlands. And after evaluating her condition, they voiced concerns over her health.

At that time, the Palace released a statement saying, "Following further evaluation this morning, the queen's doctors are concerned for Her Majesty's health and have recommended that she remain under medical supervision.”

Later that same day, surrounded by her family, Queen Elizabeth II passed away. And though many mourn this loss, hope is found in the midst of grief. And this is because of the promise made by Our Lord and Savior.

YOU MAY ALSO LIKE: Olivia Newton-John Died Surrounded by Friends and Family After Decades-Long Cancer Battle

As we read in Ecclesiastes 3:11, God has planted “eternity in the human heart.” Our time on earth may be limited, but our time with Christ is endless!

LISTEN: Jeanne Robertson Dies Unexpectedly at Age 77 and the Beloved Comedian's Family Needs Prayer | Nicole Kidman Goes To Church And Trusts In God Even Though Her Friends Tease Her