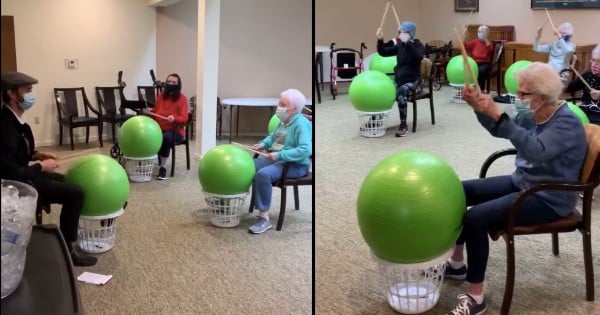 Mom Nicole O’ Shea shared some powerful words online when her 9-year-old daughter received some rather unkind words from her peers. Nicole knows all too well her daughter isn’t the only child facing this kind of challenge. And what she has to say about it hits hard.

One of the hardest things about being a parent is seeing our kids suffer. We try to protect them as much as possible. But there are just certain experiences they must go through.

RELATED: Mom Begs Parents To Teach Their Children About Differences After Kids Calls Her Child A Monster

And sadly, bullying to some degree is something just about every kid encounters.

Nicole O’ Shea describes herself as a maker. She does photography, produces podcasts, and writes for her own blog. But her first job is being a mom.

So naturally, it broke her heart when her lovely 9-year-old began encountering bullying from her peers.

“Nine years old & already learning what it feels like to have her heart broken by the unkindness of the world,” she said.

As a blogger, Nicole O’ Shea decided to write about her daughter’s experience. She shared how her peers have told her daughter she’s “too stupid, too fat, too ugly,” and lots of other terrible things by peers. Her daughter has been excluded from social events because she’s not “enough” of whatever the other kids deem important.

And of course, seeing the impact the bullying has on her sweet child breaks Nicole’s heart.

“Those words don't hurt me because I know they're not true. I know she's enough,” she explains. “What hurts me is how broken those words make her. What kills me is how she believes the naysayers of the world instead of her mama, the person who knows her best.”

We live in a broken world that imposes broken standards. It’s why Romans 12:2 is so important:

“And let not your behavior be like that of this world, but be changed and made new in mind, so that by experience you may have knowledge of the good and pleasing and complete purpose of God.”

Her daughter’s experience made Nicole O’ Shea aware of just how important it is as parents to make sure our children don’t look to the world for their self-worth. And the best way, the only way, to do that is by modeling how.

“And that, my friends is why we HAVE to learn to love ourselves,” Nicole says. “These babies are watching us. They're learning how to love themselves by watching how we love our own selves. They CAN NOT hear us when we tell them they're enough because they're too busy hearing us tell ourselves we're not.”

Nicole O’ Shea’s take on her daughter’s bullying is so inspiring because it’s not about getting angry or fighting back. It’s about teaching our kids how to rise above. How to focus on love rather than give in to hate.

“We aren't here to dwell in the heartache,” she says. “We're here to breed confidence & resiliency in the hearts of our babies.”

The Source Of Our True Identity

As a society, we should absolutely seek an end to bullying. But Jesus already warned us that we’d never find acceptance in this world.

So, we need to learn, as well as teach future generations, to look to God as the source of their identity. He is the One who decides our worth. And He has already proclaimed us worthy!

“For our citizenship is in heaven, from where we also wait for a Savior, the Lord Jesus Christ; who will change the body of our humiliation to be conformed to the body of his glory, according to the working by which he is able even to subject all things to himself.” Philippians 3:20-21